Evolution Multiplayer FPS, also known as Freeze Nova, is basically what it sounds like; a first-person shooter game for Android played exclusively online. You can think Quake Arena Mobile here, as that's pretty much what this is in a nutshell. You can play online in real time with other Android users be it on your smartphone or tablet with chat, scoredboards and more. There are also missions for you to complete and your character's career stats will be collected as you keep on playing match after match online. With an emphasis on graphics as well as easy to use controls, it looks like Evolution Multiplayer FPS might be the mobile arena shooter that many of you have been waiting for.

Playing online with others is as simple as download Evolution Multiplayer FPS from the Play Store and then choose a username and password. 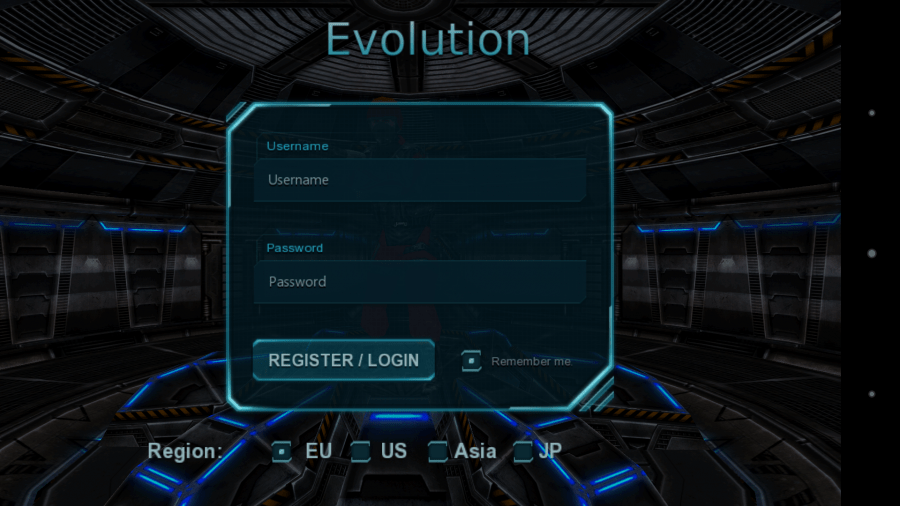 Once you've signed in, or signed up with a new account, you'll be able to choose from a number of different options. Including changing your team colors and just getting stuck in by finding a match. 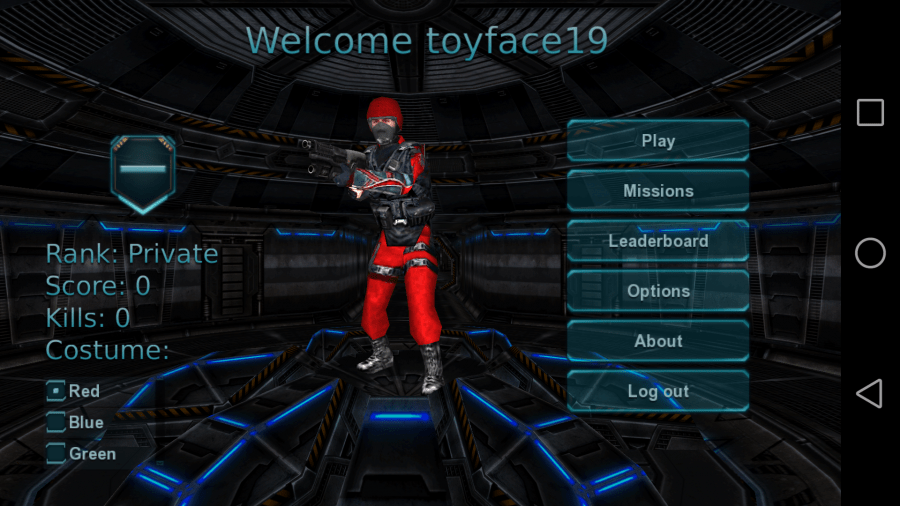 When you want to start playing online, there are a couple of options available to you. You can either join an existing lobby or simply create your own. You'll see a list of available lobbies as well as how many player spots are currently filled and how many are available. 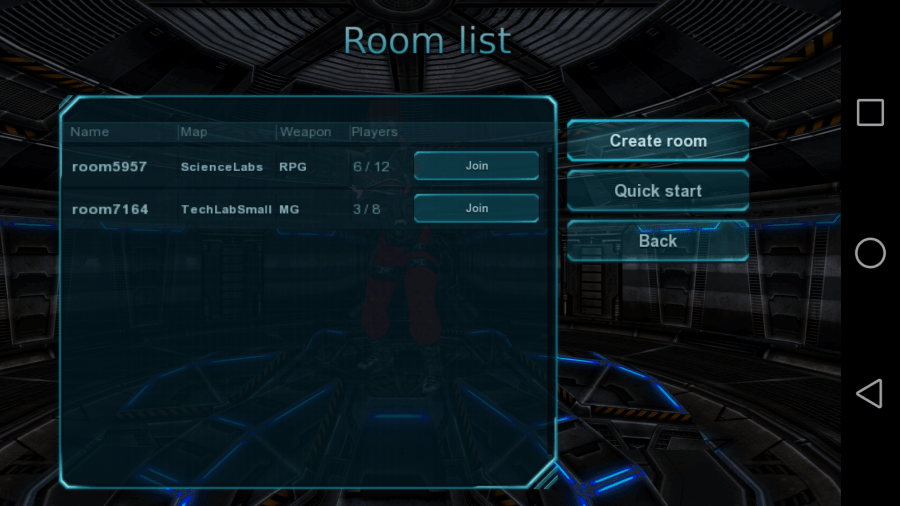 When you join a lobby, you'll see the leaderboard, showing their kills and death and also their ping, too. Just as you would on a PC multiplayer game. 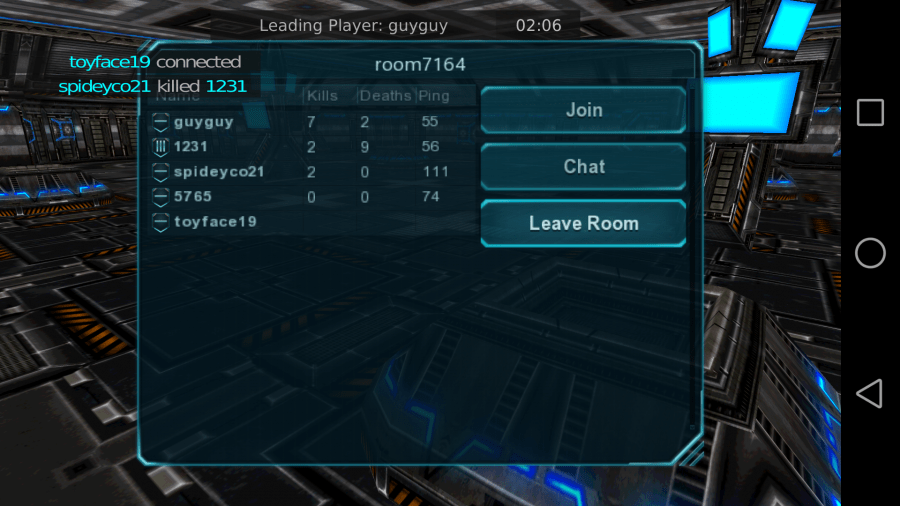 When you're finally in the match (which actually doesn't take long at all to get connected to), the controls are fairly easy to figure out. All you need to do is to move the left analog pad around to move and then sort of roll with your other thumb to change your view. The idea is to run around the arena looking for enemies to take out. 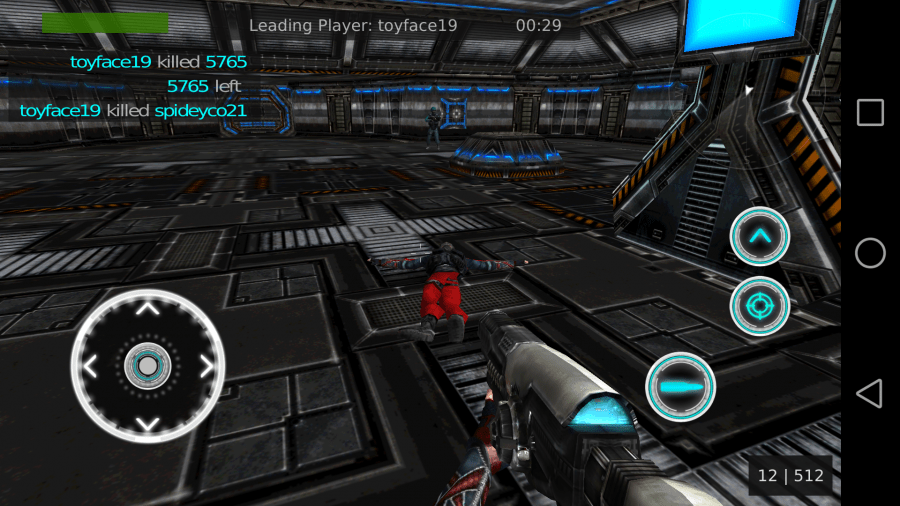 You can aim down the sights of your weapon by hitting the targeting button if you wish and you can jump as well, but I found that to be fairly tricky to control. As you can see, the character models are pretty decent, as is level design and such. The leading player's name is displayed at the top of the screen as you play. Here we can see that's "toyface19" which happened to my username. 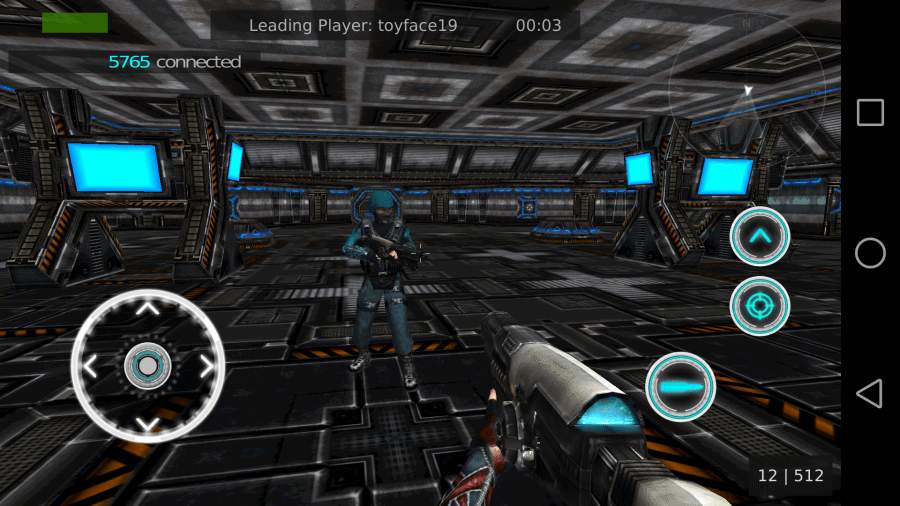 It appears that once somebody wins the game, everything is reset and you end up playing again. 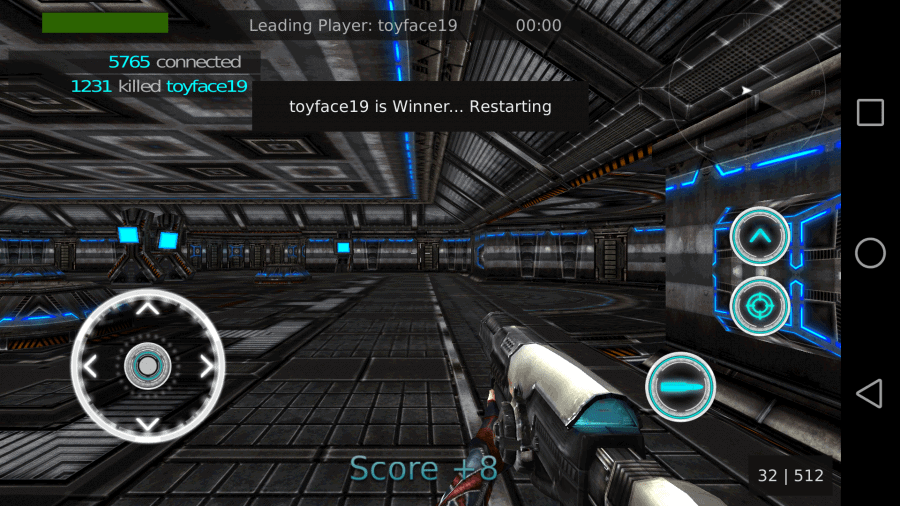 Once you've played a few matches, you'll see those stats next to your name when you next log in, and you'll also climb through the ranks as you keep on playing. 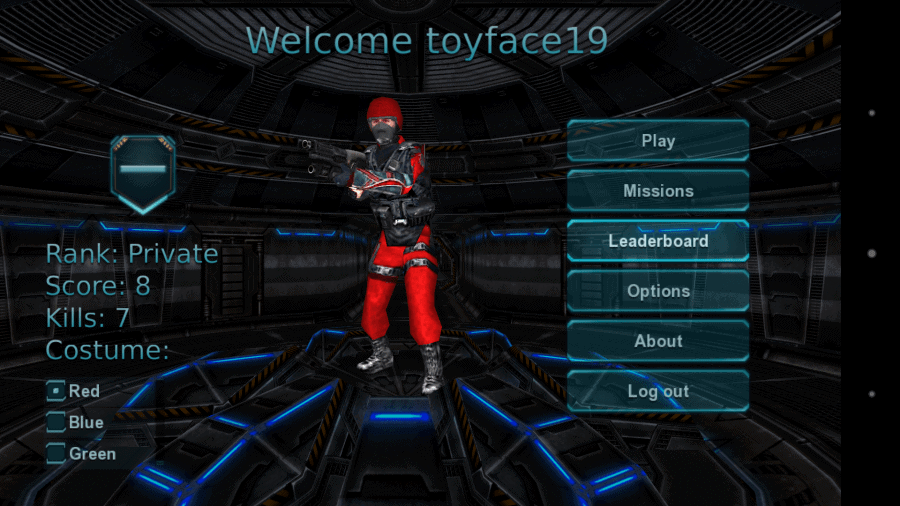 One feature that I liked, but I wish were implemented better, is the missions that you're given to complete to further your character completion. 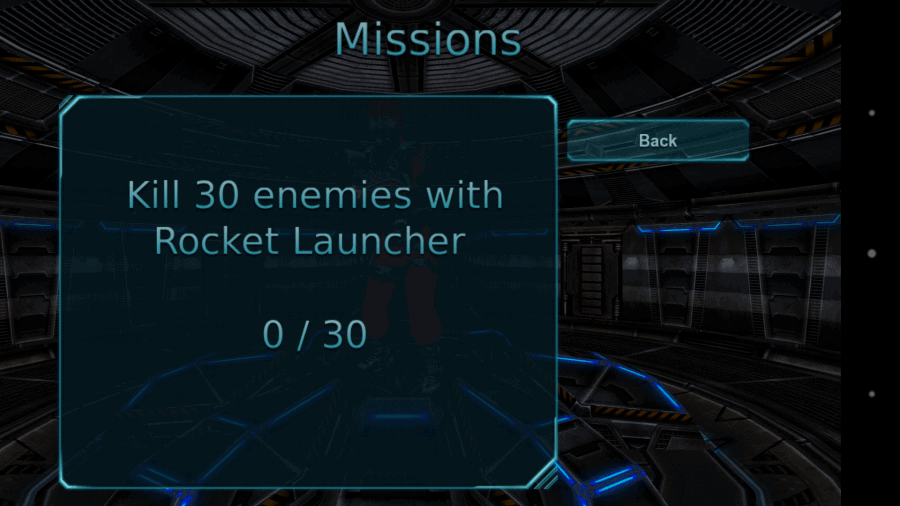 After spending some time with Evolution Multiplayer FPS, I was pleasantly surprised by the game. It's clear that the title lacks a little polish here and there, but there is a lot to love about the game. It's a sort of throwback to the popular online shooters like Quake and Unreal Tournament before Call of Duty really took off. While I'm a big fan of Call of Duty, there's just too much going on to make that a mobile game. Instead, Freeze Nova goes after the Quake III style of multiplayer and the game is great as a result. The graphics are pretty decent, although there could be a lot more variety. Where things stand out however, are the controls that are really quite good and work fairly well. I never once had a problem aiming or firing when I wanted to and outside of the fairly poor implementation of the jump feature, the controls here are very good indeed.

All-in-all, Evolution Multiplayer FPS is a fun, if not basic shooter that will give people their multiplayer fix using just their Android phone and nothing else. You can play at home over WiFi or at work on your lunch break using 4G or 3G. The controls are super-easy to get to grips with and they're very, very responsive. With decent 3D graphics and character animations, there's a lot to love here but I do wish that the sound effects were a little beefier. Other than that though, there's little to complain about here. This is a simple, somewhat addictive and easy to pick up and play game that anyone can enjoy.