Trustlook has been around for a long time now, and we've taken a look at the app before, but here we are again taking a look at the latest version of the online security app for Android. With features like a full device scan – included your SD card – to find pirated apps, apps that might have too much access to your personal info and of course spyware and malware, it's not hard to see why Trustlook is considered one of the best. Other features like Device Security, to protect a lost device and to help you find it again work well with other features like the privacy protection. With the ability to see which apps have access to what personal info, the ability to uninstall multiple apps at a time and a real-time security monitor, Trustlook has a lot of features going for it, and a very long list to look over.

Downloading Trustlook is as simple as heading on over to the Play Store and downloading it fairly quickly. 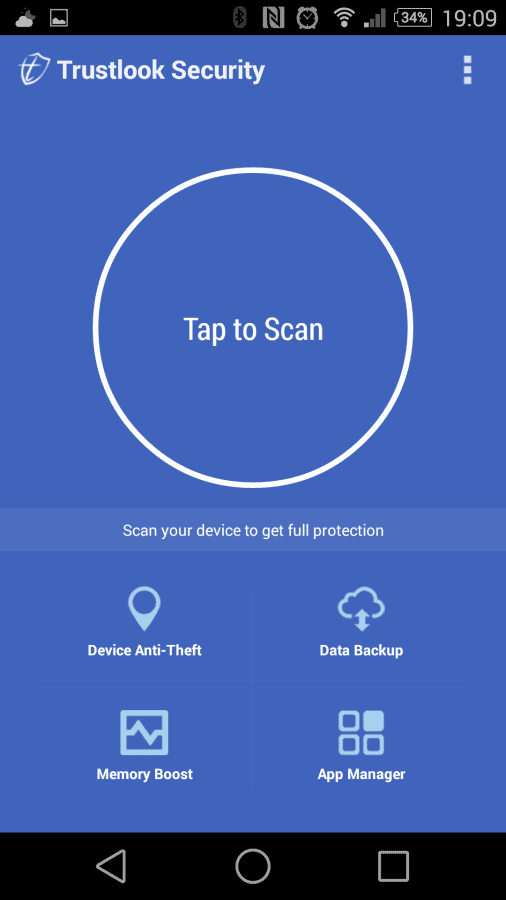 You'll be asked to scan your device when you first launch the app, and while that process does take some time, it isn't too long a wait. This also depends on how many apps you have installed as well. 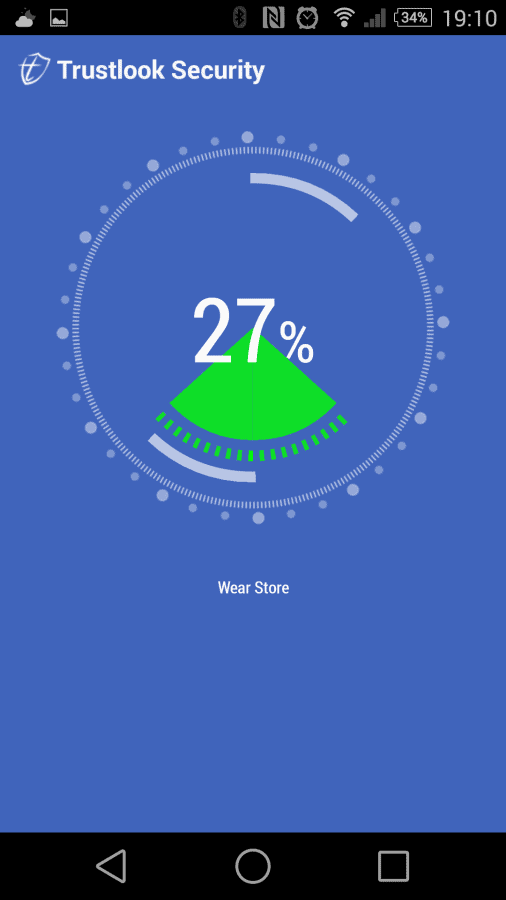 When my scan had finished, I was presented with a risk, which surprised me, but I guess we're not all as careful as we should be. 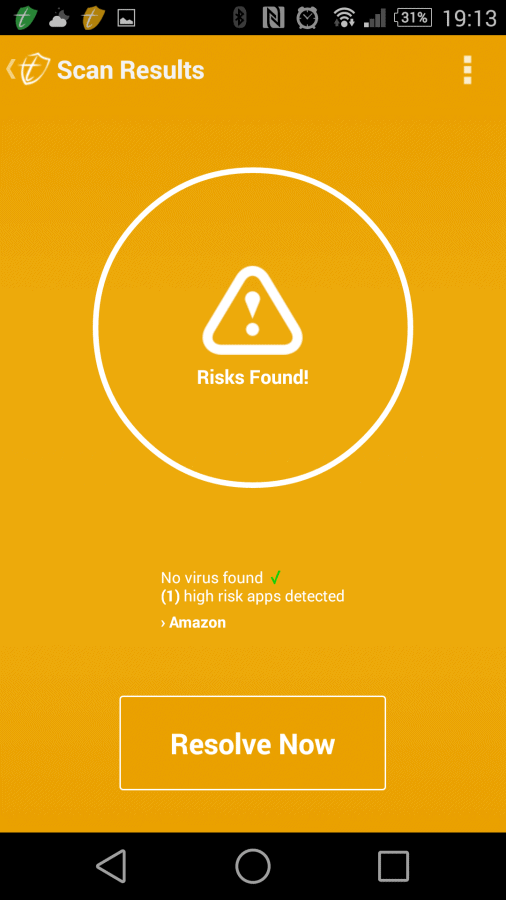 The risk it found on my device was the Amazon app, because it had so much access to things on my device. However, this can detect pirated apps on your device as well, which could carry with it some serious malware and viruses that aren't fun to deal with at all. 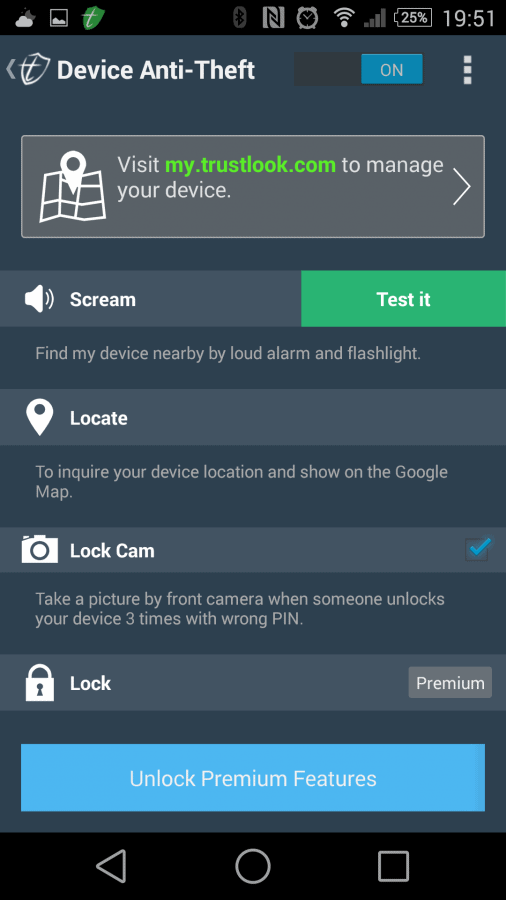 With this, you can control your device remotely using the Trustlook website, and get your device to scream loudly and flash its led flash, too. These are great features to have in an app like this as they're pretty simple to use, but important for those worried about losing their device and all their personal data along with it. Signing up for a free account also gives you access to things like the free cloud backup, for messages, contacts and such. 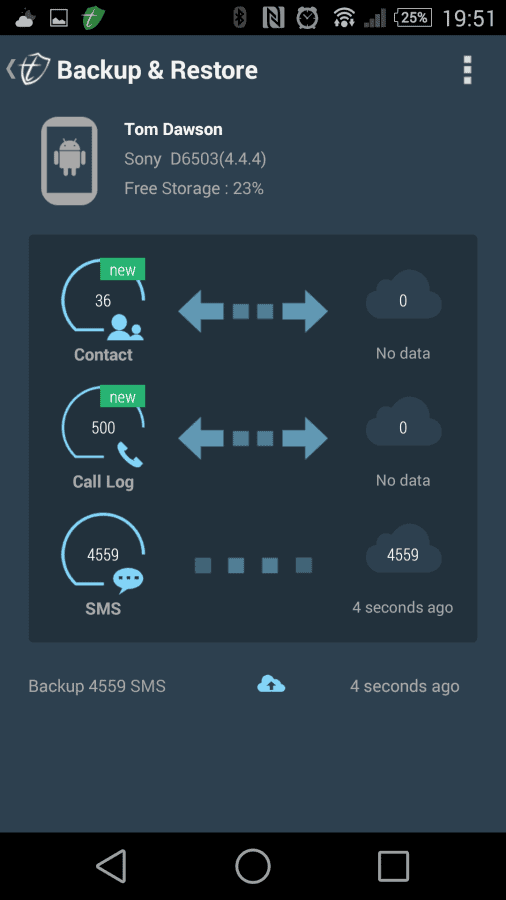 One of the key areas of Trustlook security's Android app is the Web Security part of the app. With this, you can create profiles and filters to stop offensive content filtering through on your smartphone or tablet when your little one is using it. 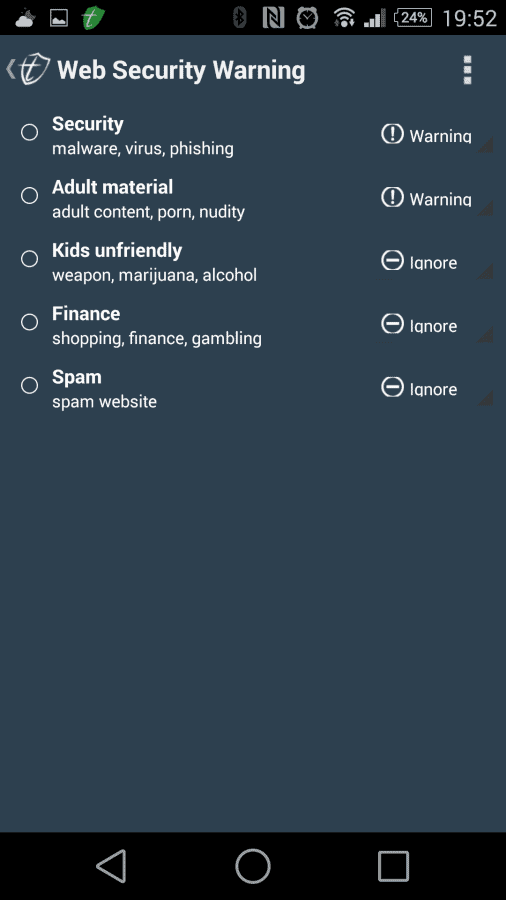 Other neat features like the app manager are really nice to see, as they make it much easier to manage all of those apps on your device, and you can uninstall more than one of them at a time. 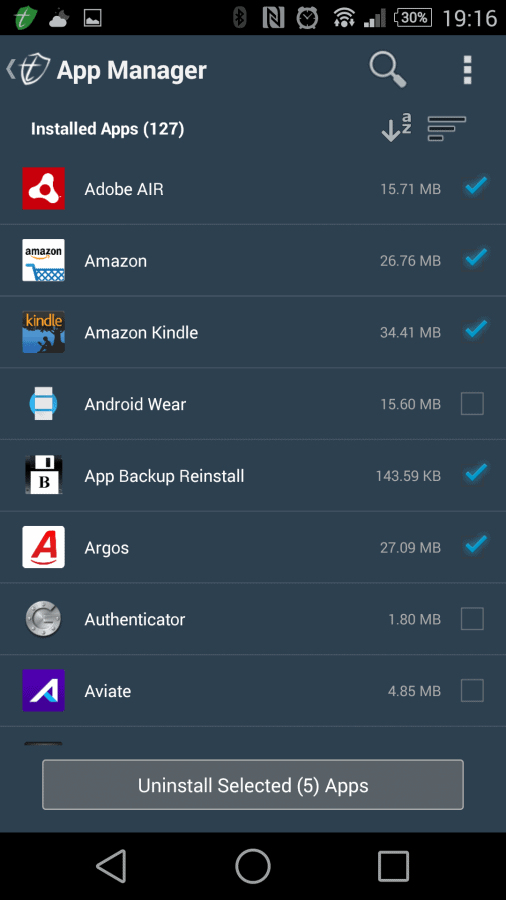 The app manager works well with the memory boost side of the app as well, but honestly i don't see too much use in those sort of task killers. 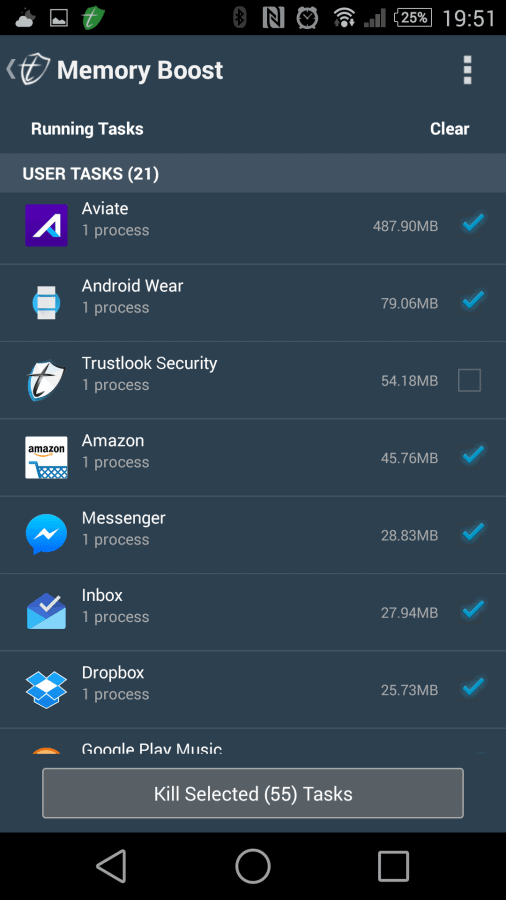 A great feature though is the ability to see which apps have what sort of access to the private info on your device, as well as the quick and easy way of uninstalling them if you'd like. 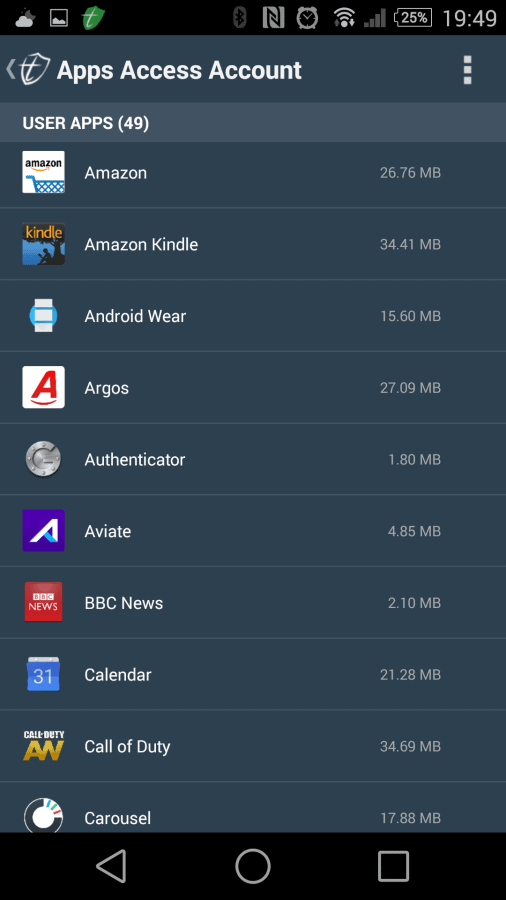 There's quite obviously a lot on offer from Trustlook with their Antivirus & Mobile Security app and it's pretty clear to see where the company has made their improvements recently. It's easier to use and the scanning function feels a little more thorough to me this time around. Elsewhere though, the new detection of pirated apps, which has to be one of the largest reasons Android users complain about malware and spyware. There's a reason why Google and device manufacturers recommend downloading apps from Google or Amazon app stores; it's because they're save. Being able to detect Pirated Apps on your device is great, because your kids might have downloaded something for free not really knowing what damage that could do, with Trustlook you can pick up that app or game and then uninstall it, and the real-time protection will detect when any more of these apps are installed without you knowing. Device Security here is done well, too with the ability to see which apps have access to what personal info and it's a nice way of seeing which apps shouldn't really have that info. For instance, why would a Live Wallpaper need full access to your contacts (unless it was a phone sort of application)?

Overall, it's hard not to see why this is such a popular app. While I'm still not convinced that there's much of a need for an app like this for everyone, the average user should definitely give this a try. Especially if they're one to do everything through their smartphones. With so much of our private data stored on our devices, and hackers everywhere, it's clear that we need to do something in order to keep our info safe. Trustlook's real-time protection, thorough app scan and remote device protection all add up to offer a stellar array of features any user would be happy to have on their device. For more information on Trustlook, you can take a look at their website as well as their Facebook and Twitter pages.