These days it'd be difficult to find a smartphone that doesn't ship with an LED flash, and therefore the ability to work as a flashlight. Problem is though, many manufacturers don't ship devices with a flashlight app and if they do, it's a fairly simple affair. Military Flashlight is yet another flashlight app for Android, and while there are many of these in the Play Store, this one offers a compass, the ability to act as a strobe light, as well as an SOS signaler. Coupled with themes from all the major branches of the United States Armed Forces (Army, Navy, Marine Corps, Air Force, Coast Guard) it seems like the flashlight for those that have served, want to serve or those just looking for a flashlight app with a little more flare. Let's take a closer look.

All you need to do is to download the app from the Play Store, and then launch it. It's as simple as that. 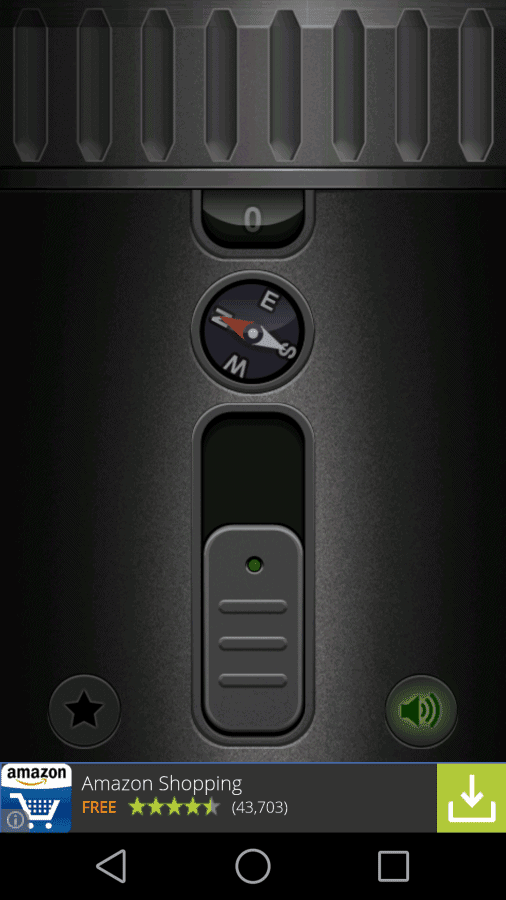 Before I start to show off the overall look and feel of the themes, take a look at the compass in the above shot and then below. It genuinely works and will be handy to explorers. 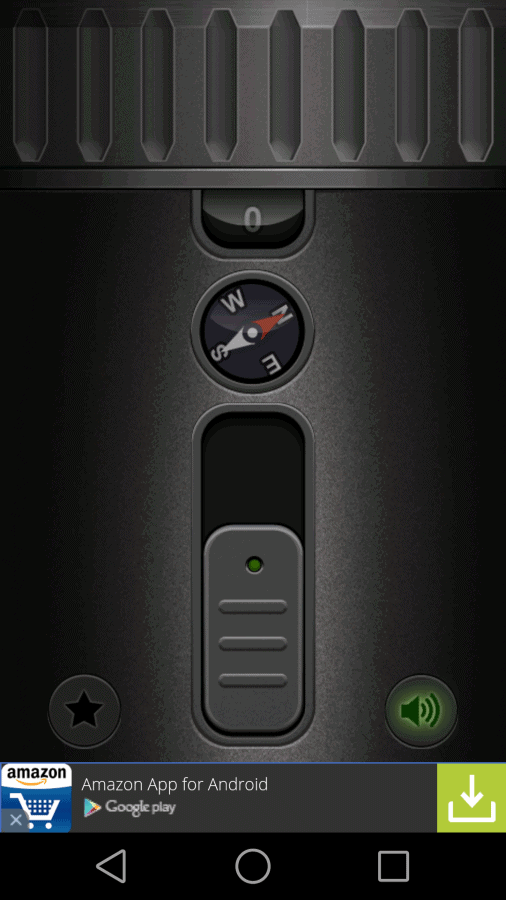 To choose a different skin for your flashlight, just hit the star button in the bottom-left corner and you can choose from one of the five different branches included. 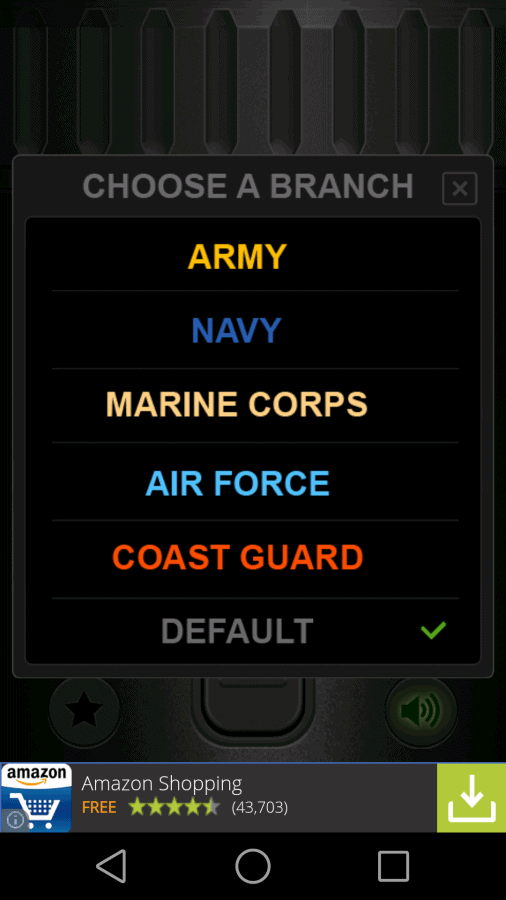 Once you change the look of the flashlight, it has a decidedly more military look and feel to it, which is going to be great for those that are serving or have connections to branches of the armed forces. 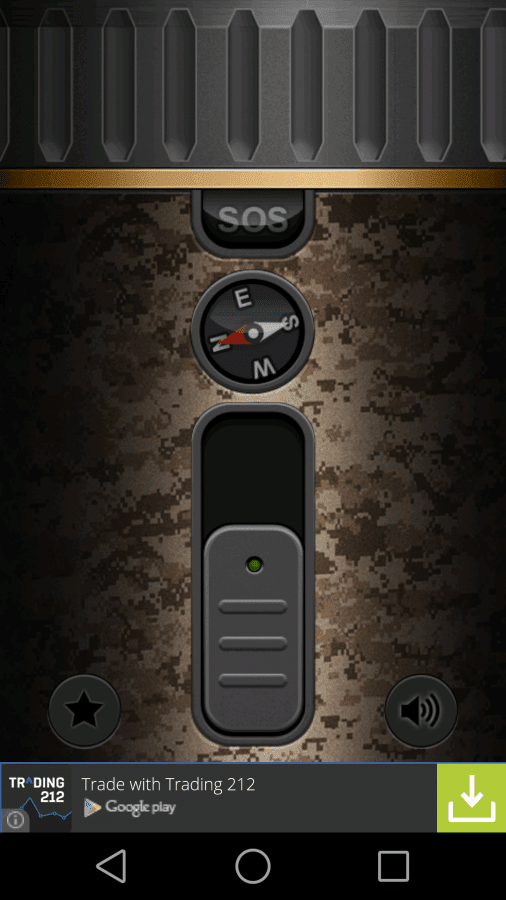 You can spin the dial at the top of the flashlight to change into an SOS signal or just a strobe light with 9 different speeds to it. 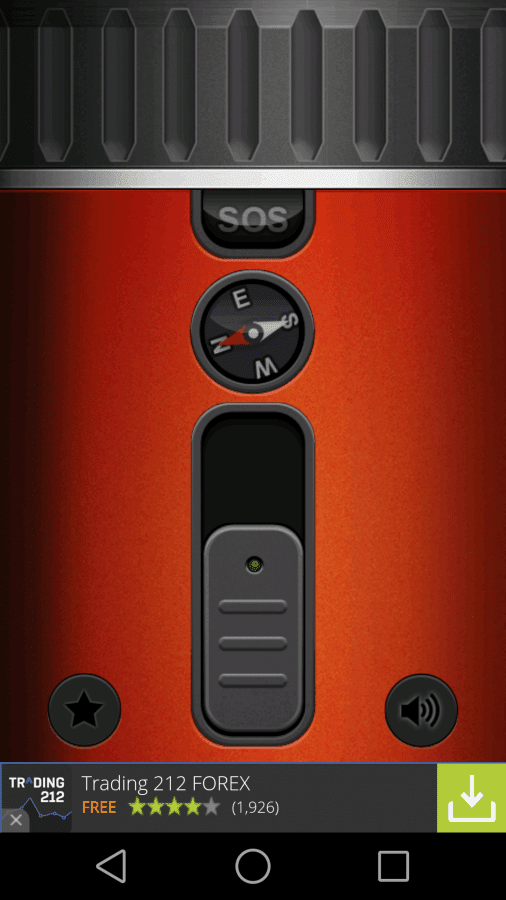 Not too long ago, there were flashlight apps in the Play Store that requested all sorts of permissions that the app just didn't need. Thankfully, Military Flashlight doesn't ask for anything else other than the permissions it needs to function. In fact, this is a screenshot from the Play Store with the permissions listed, and as you can see there's nothing to worry about. 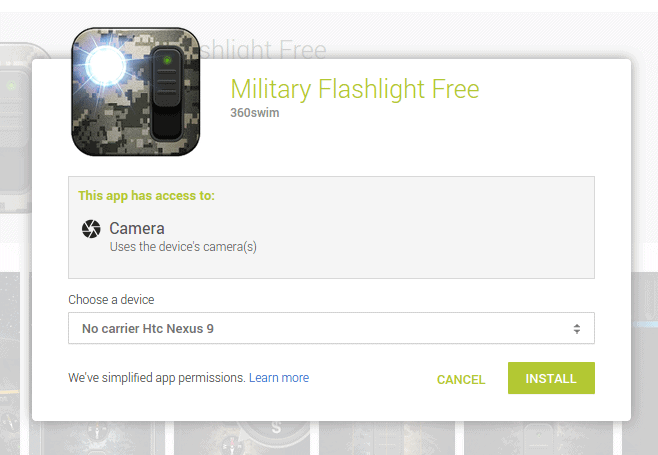 Overall, spending time with Military Flashlight was a decent, if not basic experience. There's not a huge amount that we can say about a flashlight really, is there? However, I will say that the app is incredibly quick and stable, there are no issues here and the added themes are really quite nice. Especially for those that have served or just have an interest in military, it's a nice change from the boring UIs that are often used in these apps, that's for sure. The SOS feature is also a really handy feature, as I keep saying we all need a flashlight app so why not have one that could help save us one day? This is a decent app that's free to use, the ads don't get in the way of your usage and it's got a lot more flare than other flashlight apps out there.

All-in-all, it's hard to say much about an app that is essentially yet another flashlight. Having said that, it's full of features you'd need in an app like this and the SOS and compass features are definitely helpful additions. The themes here are nice and while I wish the controls would change as well, those with connections to any of the forces will find this a comfortable flashlight app to have installed on their smartphones.