MailWise is an Android app that aims to bring all of your email accounts into one app and make it as easy as possible to quickly navigate your inboxes. It supports practically every email account going including Exchange ActiveSync, Yahoo, AOL, Hotmail, Live.com, Outlook, MSN, Gmail, GMX and IMAP accounts with a focus on being the best Exchange client on Android. Mail Wise is designed to make your inbox as easy as possible to deal with and it's also designed to be nice and safe as well, keeping your messages and information under wraps. With support for multiple accounts, the ability to show you the part of the email that actually matters and more it looks like MailWise is a mobile client to be reckoned with.

To get started with MailWise, all you need to do is download the app from the Play Store and then choose which mail account – or accounts – you wish to setup with the app. 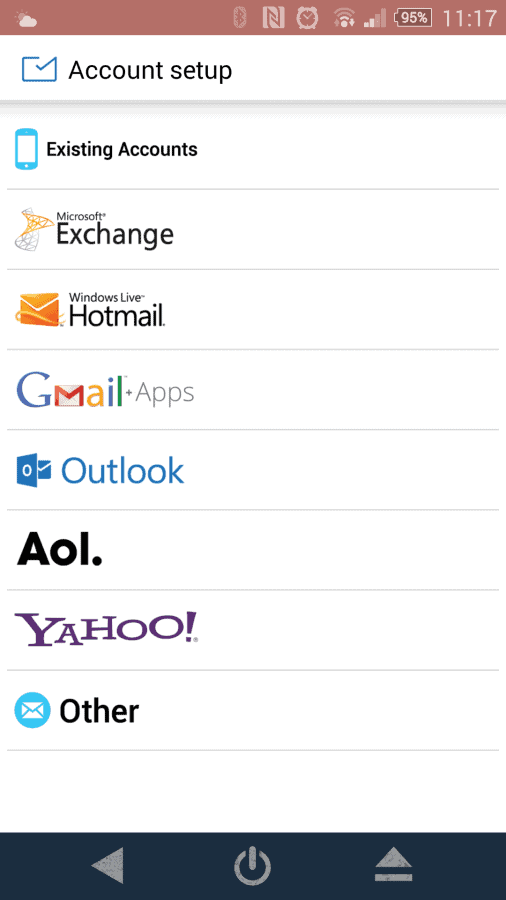 There's no need to put in any server settings like that, all you have to do is input your email address and password, which is refreshing. If your account type isn't listed you can also manually add the information using the 'Other' menu entry if you need to. 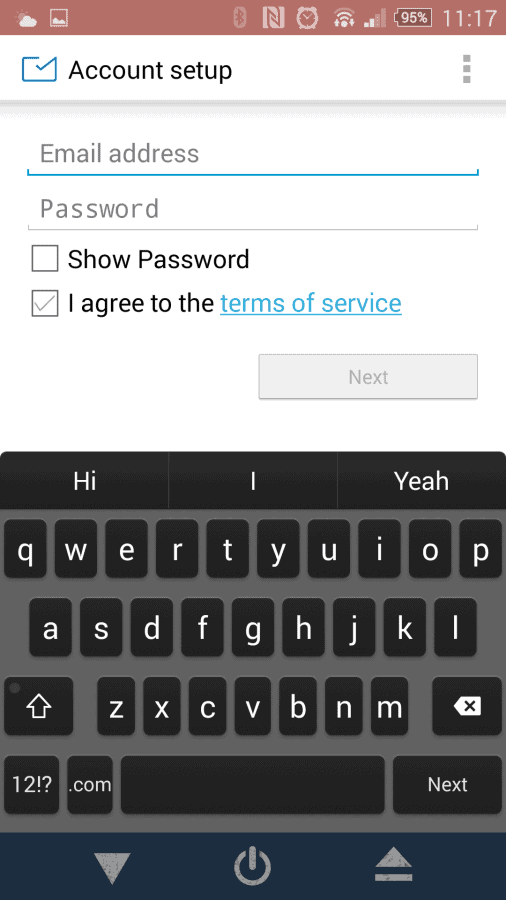 You can adjust a few settings before you get to work with the app, like the frequency of message retrieval and more. 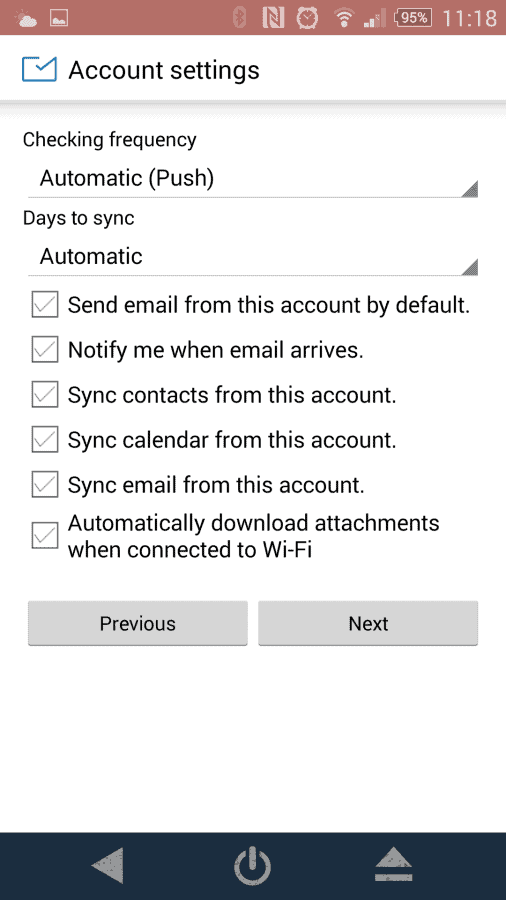 Once you've signed in with your account, you'll be given an introduction into some of the key features of MailWise and how to use it. 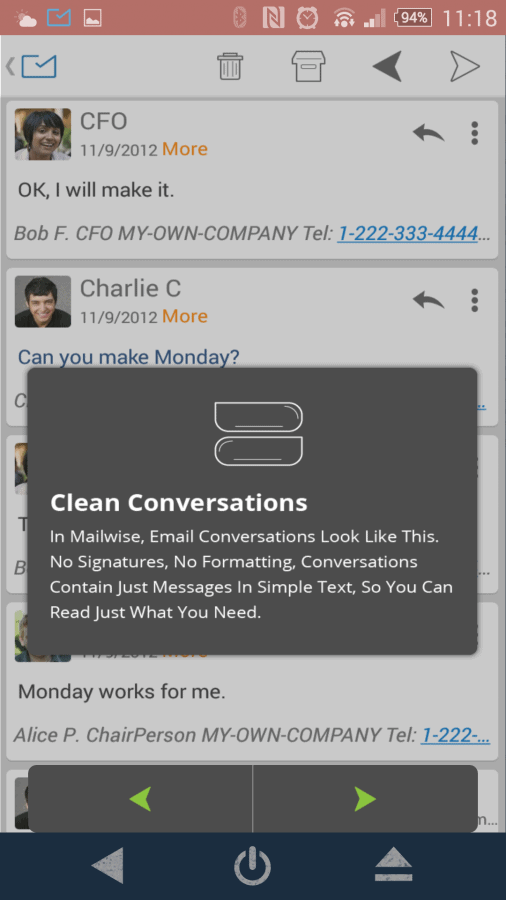 One such feature is the ability to swipe on a message in your inbox and then choose an action for it. The swipe itself isn't new, but giving people a number of options as opposed to the automatic archiving from Gmail is nice. 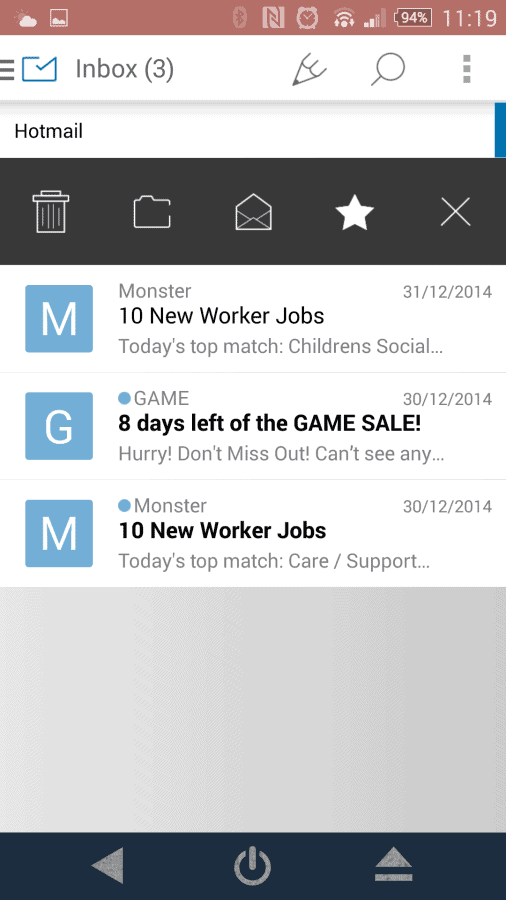 Another pretty nifty feature, which works for all those Exchange accounts and any email account for that matter, is the ability to clean up messages. I've experienced this firsthand with Gmail, and all those signatures, quoted text and formatting really gets in the way of things. MailWise cuts all that out. 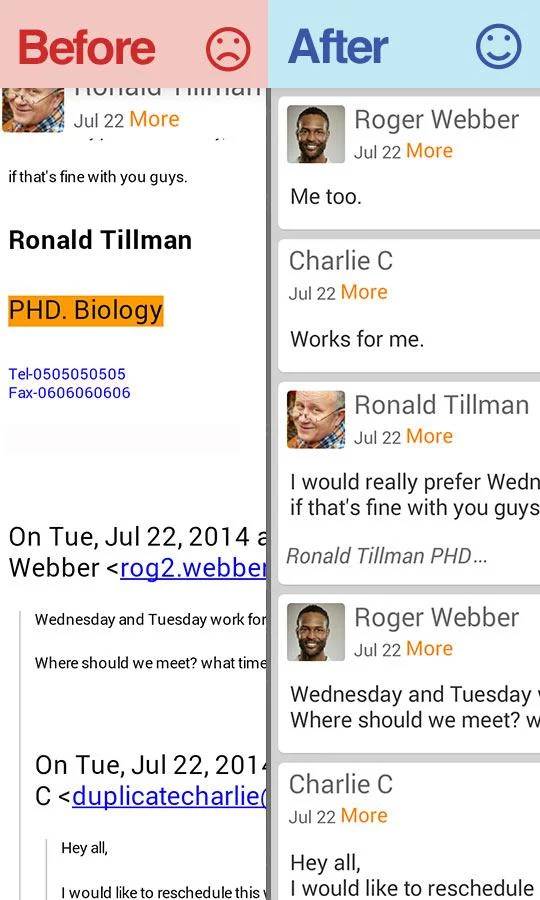 Security is another key point of the MailWise experience, and as I've discovered Microsoft can't keep my Hotmail accounts safe, so maybe MailWise can. 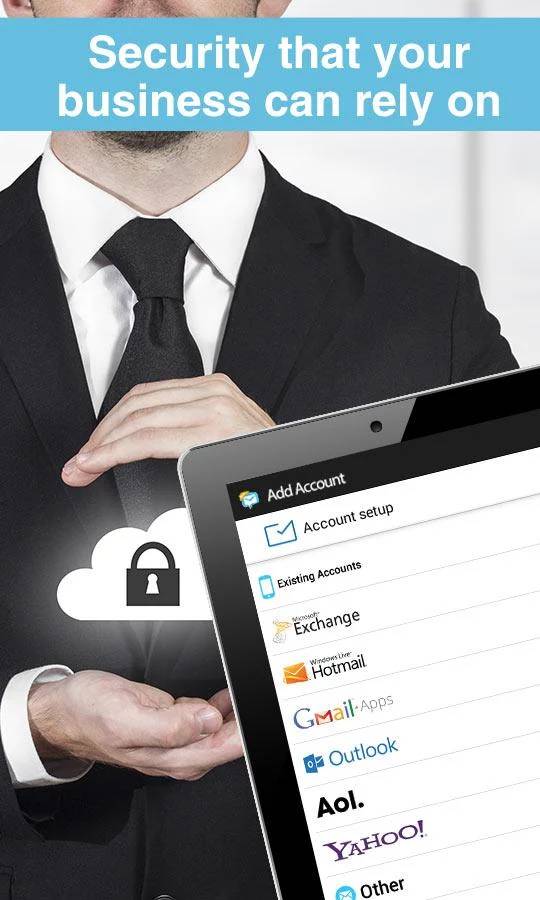 As someone that makes a living online, it's no surprise that I practically live through email. I'm a massive Gmail fan and have been using Inbox since it launched. While Google's new approach to email is really quite good, I couldn't see myself using it for more than one account or for something more serious. Inbox from Gmail is great, but MailWise has a number of advantages for corporate users. There's more control over what's going on and it's easy to deal with messages as you see fit. There's no one solution for all here and that's great. With the ability to get to the content that matters by filtering out additional text from forwarding and pesky signatures from people you know, MailWise genuinely speeds things up and makes it easier to organize your inbox in a way that'll mean something when you're back in the office.

While MailWise is certainly not the first email client to offer this sort of serious approach to email while on the go, it is one of the most polished. This is clearly a professional product and one that those who need to keep on top of their email while traveling or out of the office will greatly appreciate. It's simple to use, yet at the same time very powerful and for those in need of a dependable Exchange client, MailWise is one to take a look at.