Fireworks is an Android app that puts a Live Wallpaper of a virtual fireworks display on your homescreen to ring in the New Year. Designed to ring in the New Year on your Android smartphone or tablet, Fireworks is a Live Wallpaper that features a number of different Fireworks types as well as some settings to control how frequently things happen on your homescreen. You can even change the fireworks by tapping on your screen if you'd like. Other than that though, it looks like we're looking at a fairly simple Live Wallpaper app. Read on to see what we thought of it.

To get up and running with Fireworks, you just need to download the app from the Play Store. From there, you just have to select it from your selection of wallpapers on your device. 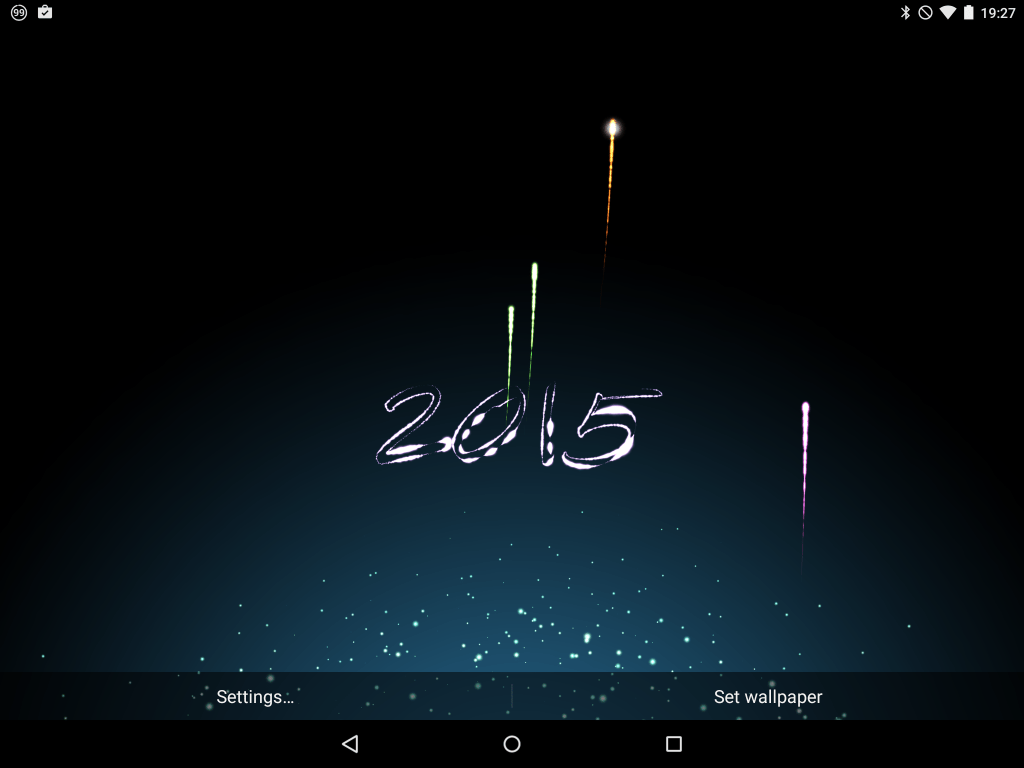 There are a handful of changes you can tweak as well like how Fireworks are changed on your homescreen. 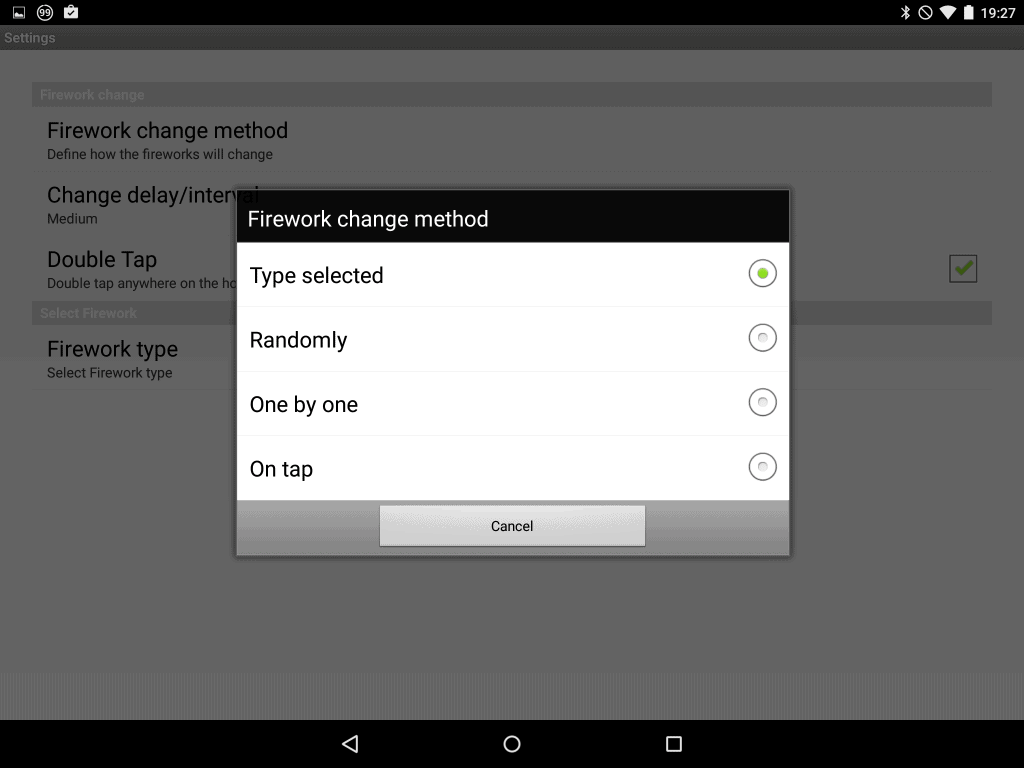 As well as the style of the Firework, but I really would have liked to see these different styles labeled, rather than just being numbered. Still, there are 30 different types to choose from, giving you a wide variety of options. 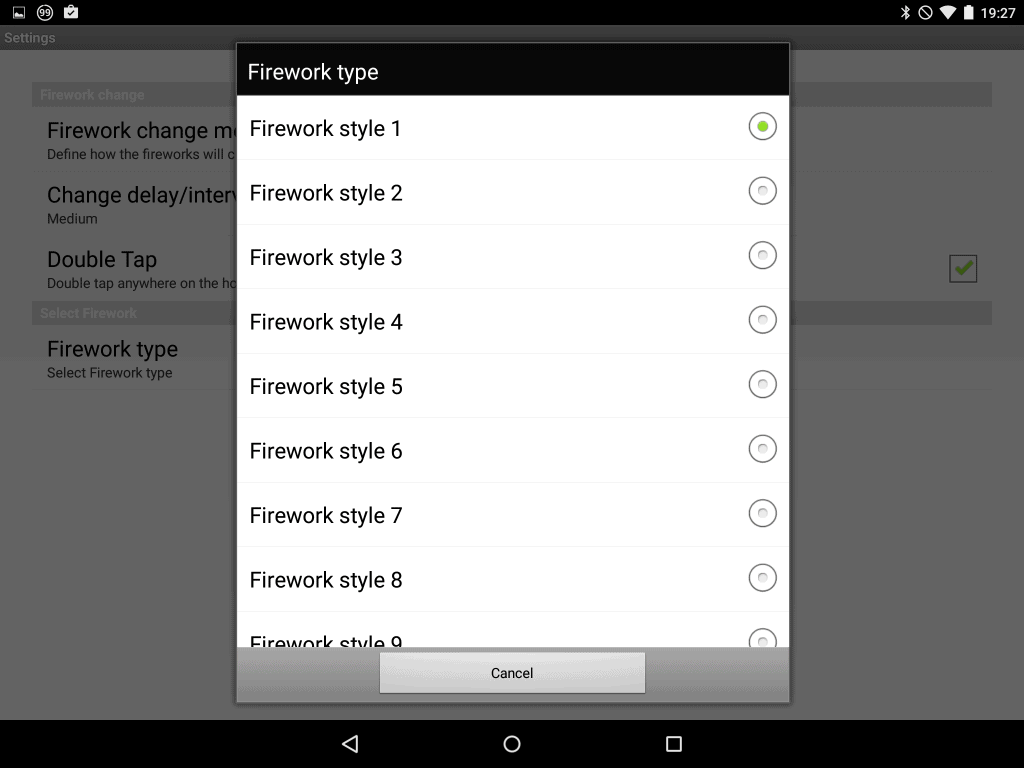 You can also change the interval if you have things set to automatically change, too. 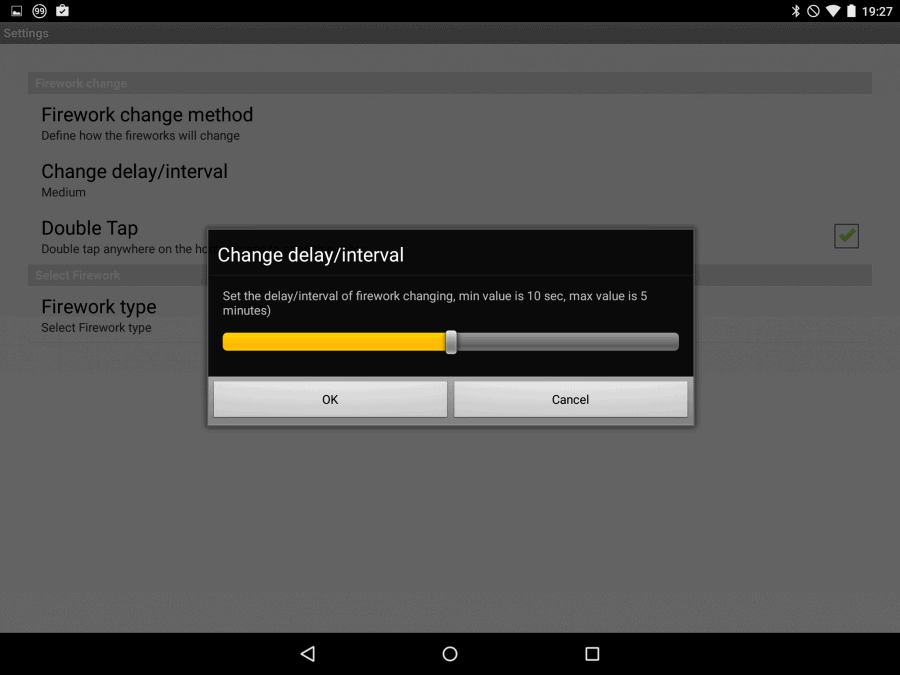 Once you've gone through and changed all of the settings you'd like to tweak, you can go ahead and set it as your wallpaper. 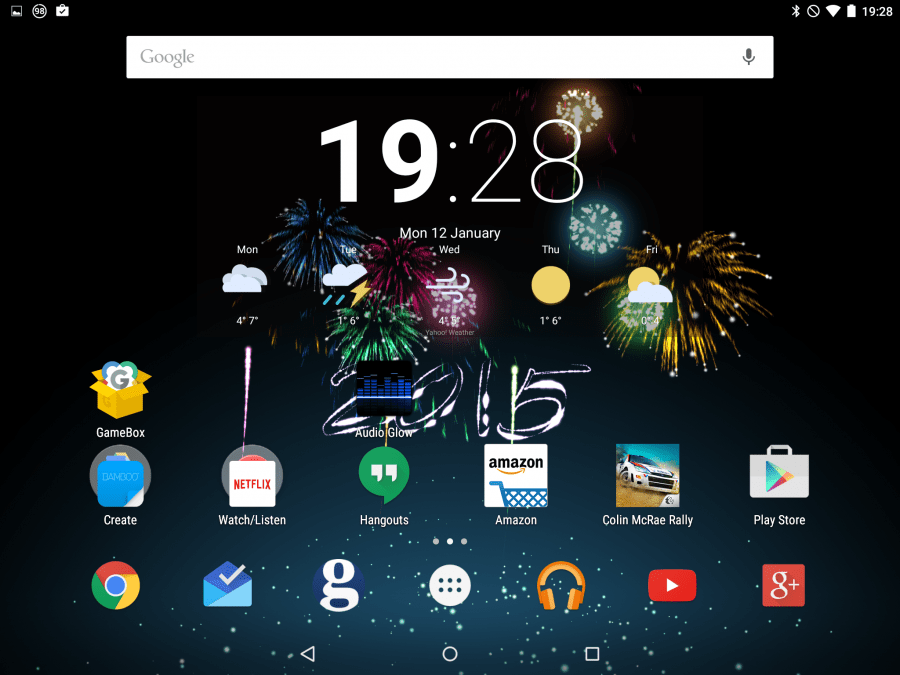 I quite like the look of the Fireworks Live Wallpaper here, but I do wish that there was a way to get rid of the '2015' part of the wallpaper for use later in the year, but other than that it's a pleasing – if not a little basic live wallpaper – that gets the job done.

Fireworks is a really simple app for Android, and unfortunately that shows in a number of big ways. The UI for the menus and such feel a little dated on my Lollipop-running Nexus 9 thanks to controls from Android 2.3. Still, if you can look past that and the strange decision to not name the types of fireworks, just give a numeric listing, then you're left with a simple yet fairly pleasing live wallpaper. There's obviously more that can be done here, and I hope the app does gain some more features in a future update as there is a lot of potential here.

Fireworks is an app that might not have all the features you'd want, it has most of the bases covered. It's a fun, simple application that doesn't ask too much of the user and it can bring some life to your homescreen. It's cheap, doesn't have any ads involved and can only get better. If you enjoyed the New Year Fireworks in your town and want to carry that out throughout the rest of January, then this is a good way of doing just that.