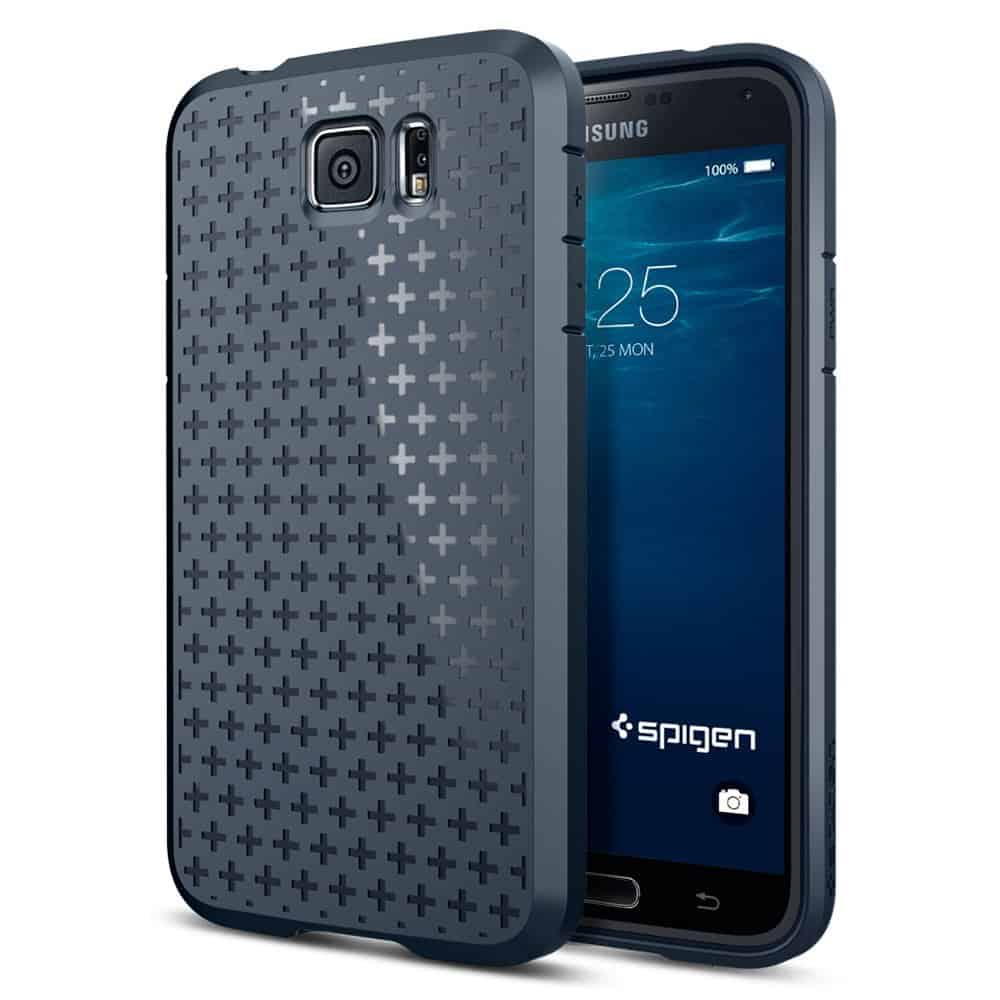 Leaks, rumors and speculation are nothing new. Every Time a new device is around the corner we start to see a number of reports coming down the wire. Some are true, some are not. There is never a way to tell if what you are hearing is true until it is announced. That said, over the last couple of weeks we have seen a serious amount of information regarding the Samsung Galaxy S6. In particular, it has been the week of leaked images. Well, there was some blurry leaked images of the S6 but what we have really been seeing is supposed ‘leaked’ images of the S6 cases.

A couple of days ago we saw images pop up on a Chinese website supposedly selling Galaxy S6 cases. The only issue with the images was that they were very similar to the case for the HTC One M9. Which, by the way, they also happen to have the details on. A bit too coincidental. Well, today, it looks like a well-known case maker has also outed a few images of their supposed case for the Galaxy S6. Spigen have been known in the past, for releasing case images before devices are released. As such, they do have some track record on unannounced device renders. That said, the image you can see above looks surprisingly similar to the ones we saw a few days back from the Chinese retailer.

The current image, again does not tell us that much about the actual device or its specifications. That said, just like the previous retailer, this S6 case does clearly show the LED flash on the right-hand side of the camera. Typically on the Galaxy S range, this is always located underneath the camera. So either, both the retailers are correct and this is going to be the back layout of the S6 or they are both simply singing off of the same hymn sheet and using rumored specs to create what they think will be the next case. Not to mention, the actual look of the phone in the image, does not necessarily differ from the general look of the S range devices. Which is also a bit of a red flag. We have heard much fanfare from Samsung that this phone will be built differently. If this image is correct, it doesn’t seem to be built that differently. Either way, if you are planning on buying the Samsung Galaxy S6, the case is now available to buy from Amazon. Although, it is listed as not shipping until April 13th 2015. So what do you think?