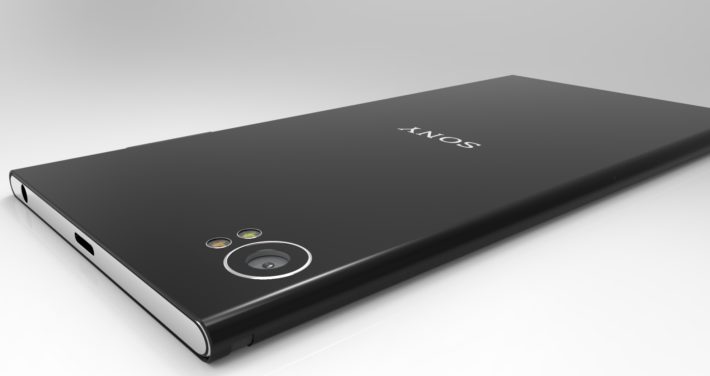 I don't know about you, but I really like to see a nice concept from time to time. Most of these smartphone concepts never come to life, of course, but still, it's nice to see a well-designed smartphone. One such concept just surfaced online, courtesy of androidjs.org. Anyhow, let's take a look.

First and foremost, there are a bunch of images included in the gallery below, and a video clip is also present and accounted for. Sony Xperia Curve is the name of this concept and it looks stunning indeed, at least in my humble opinion. It steps away from Sony's usual design and brings seriously curved sides to the table, something different. This is just a concept, an idea, nothing else, and this idea features a 5.2-inch display, 3GB of RAM and is powered by Qualcomm's Snapdragon 810, a 64-bit octa-core chip. 20.9-megapixel camera is also included here, along with JBL stereo speakers and 64GB of internal storage.

I'm actually somewhat surprised the creator of this concept didn't go over the top as far as the specs go, these specifications are actually quite… well normal. Sony's Xperia Z4 handset will quite probably sport something similar to this, if not more powerful in the end, perhaps 4GB of RAM and a slightly bigger display, 5.5-inches perhaps? Anyhow, it would be nice if Sony would actually release something like this, I really, really like the design of this thing and I'm not the biggest fan of Sony's boxy design which they've been using thus far.

Make sure to let us know what you think of this design and would you be interested in buying a device like this. It might be time for Sony to be a bit bolder when it comes to design, surprise us all and actually come up with something new and different to release next to the Xperia Z4. The company has announced that they'll focus on producing high-end smartphones, well, Sony, give us something that will awe us. We all know that this Japan-based manufacturer needs a device like this to get some attention from consumers.