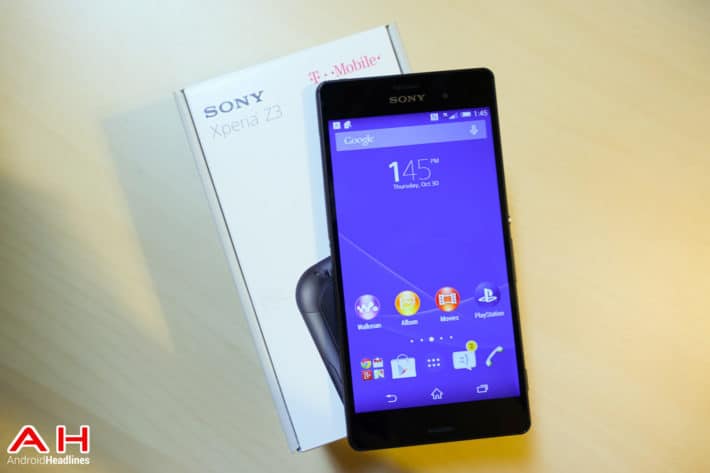 Sony has had a slew of new things to show off today at CES, mostly camera stuff and a few TV offerings with their upcoming lineup of Bravia model TV's, 4K and otherwise, and all of which will be supporting the Android TV platform for their smart TV needs. Hidden in the midst of all of that though and alongside the Smartwatch3 in stainless steel, Kaz Hirai, the President and CEO of Sony Corporation, mentioned a snippet of information about Sony and Android Lollipop during the CES 2015 live stream. We have known that Sony was testing Lollipop on a few different devices already, and they were projecting a 2015 timeframe as far as a release window for getting those updates out to devices like the Xperia Z3.

At the livestream though, Hirai mentioned that Sony would be bringing the newest version of Android, Android 5.0 Lollipop, to the entire Xperia Z line starting next month. Kaz didn't specify any devices, but we would assume that he meant they would begin with the Sony Xperia Z3 and Z3 Compact as well as the Tablet Z3 Compact, and work their way back from there to cover last year's Xperia Z2 line of devices. We wouldn't think that Sony would be updating any of the original Xperia Z devices like the Z1 and Z1S to Lollipop, but who knows.

There was no specific date mentioned for when the update is set to rollout to users just that it would be in February, so hopefully for those who own one of the devices supported for getting this update will end up receiving it earlier on as opposed to later. I have a nagging suspicion though that they might end up pushing it out around the time of Mobile World Congress where they're rumored to showing off the Xperia Z4 which is at the end of next month. That of course is speculation and we could end up seeing Lollipop on the Sony Xperia Z3 early on in February. We still have weeks to go before we learn anything exact about the timing, but at least now we have a time window that is less broad than "2015."