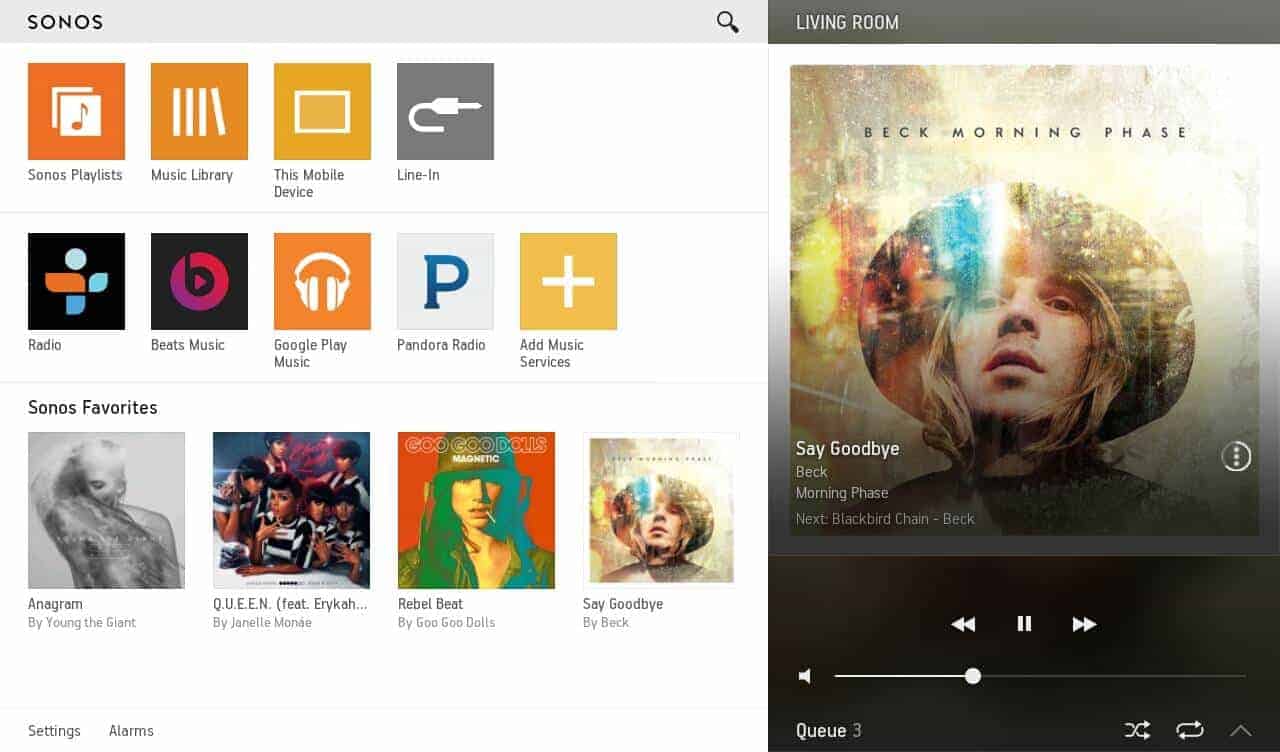 Sonos has recently updated their Android app, the Sonos controller, to version 5.3 and it should bring owners of the Sonos wireless speaker systems more control over their sound and give users a faster experience inside the app itself. Sonos is touting simpler room control for all your music when using the app on your Android smartphone or tablet, while also making other improvements. Over the lifetime of the app's release Sonos has launched plenty of updates, although not all of them has improved the experience for users. This latest update is an attempt to correct some of those issues which Sonos says, included poor use of the screen size on tablets and a more difficult time trying to move between rooms where all your Sonos speakers were set up.

As we stated above, one of the more notable feature updates this time around is improved room control, but an overall speedier experience is also important and Sonos wanted to make sure that users were able to access and enjoy the app at a faster pace with things being more fluid. To do this, Sonos has made the rooms menu more accessible which can be found by tapping the top of any screen that you're on, inside of the Sonos Control app. Of course, Sonos wanted to correct the issues that users were finding with the irregular tablet screen interface, so they redesigned it to make moving between screens more intuitive.

Switching between screens on phones is also now easier than ever before and faster too, as users on the phone can swipe down from the "now playing" screen to get back to the browse music section. Once there, swiping left or right will cycle through all of your sources of music whether it be your own library or playlists and radio stations from some of your favorite music streaming apps. Sonos has also moved the track progression bar and the crossfade feature into the now playing screen. If you have been using the Sonos Controller app on Android since its release and have followed through with all of the updates, you can access the 5.3 beta right here just by logging into your Sonos account. Sonos states the full release of the app will go live in the coming months ahead.