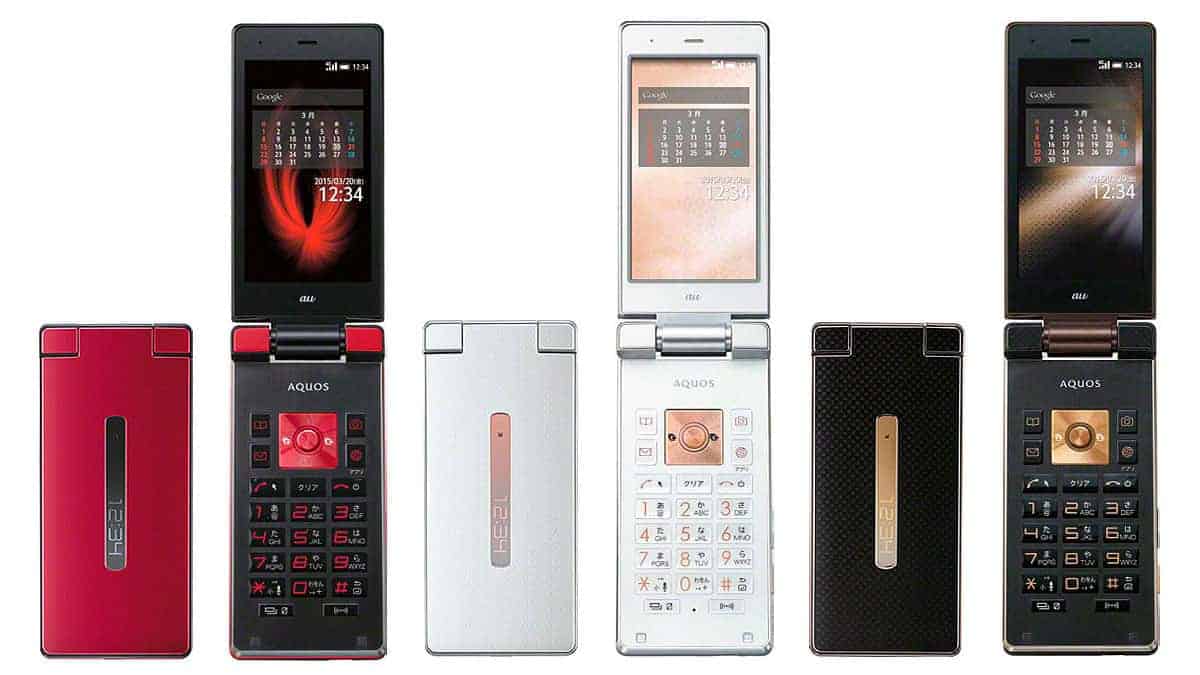 Who says clamshell style phones are dead? Sure they may not be too popular here in the U.S. anymore, but they still have a means of finding a suitable market in other regions around the globe it seems, as SHARP is debuting their new and upcoming clamshell handset called the Aquos K SHF31, which is a flip model smartphone running on Android 4.4 Kit Kat. This new flip Android device is scheduled to be hitting the KDDI network in Japan, also featuring 4G LTE connectivity so it'll be capable of browsing and downloading at fast speeds.

Clamshell phones have a tendency to give off a tad bit more of a durable vibe thanks to the enclosed design, but the Aquos K SHF31 takes things a step further by giving this device waterproof capability, something that many flip phone owners would have loved to see years ago when these were still prominent choices for a cell phone in most regions. Although there is a tiny LCD strip display on the outside of the phone for displaying the time and date, the actual screen is a 3.4-inch TFT screen with a 960 x 540 resolution. In a world of devices that offer full touchscreen immersion for functionality as well as big sizes and high resolution, the SHARP Aquos K SHF31 features a more pocket friendly and manageable display size, while also adding the functionality of physical navigation keys, including a home button, a d-pad, and of course the physical number pad for when dialing and using voice calls.

The phone will also support a mobile hotspot feature to allow WiFi connectivity for up to 10 devices. It's powered by a Qualcomm Snapdragon 400 quad-core processor, carries a 1410mAh battery, and sports a 13MP CMOS sensor rear facing camera for photos. SHARP is boasting its capabilities for HDR shots as well as its capabilities to take great shots in low light with their Night Shot mode, although there is no way to know how well it stacks up to other devices in this area. It also comes in three available color options with red, white, and black, and offers expandable storage via the microSD card slot, although there was no mention of what the internal storage capacity is. There was also no mention at this time of what the cost will be to pick up the phone when it launches.