Over the last few weeks and months, android platforms have been seeing a complete overhaul in terms of their design, look and feel. With the release of Android 5.0 (Lollipop), devices all over the world are seeing a much cleaner and attractive looking interface. This is largely to do with the Material Design guidelines put in place by Google. That said, Chrome OS has not been seeing the same kind of treatment. While the mobile android progresses and evolves, it has left Chrome OS looking a lot less modern and far more dated.

That is not to say Google has not been thinking about Chrome though. We have seen a number of updated features rolling through like the always-listening "OK Google" feature. Not to mention, the great recent addition of being able to run Linux in a separate window. But, the look and presentation of Chrome OS just seems to be missing that Material Design goodness. Well, that might be about to change and soon. At the very least, for the File Manager on Chrome OS.

A number of screenshots have popped up on Google's official Material Design documentation (source link below) which seem to be showing a complete overhaul to the way File Manager on Chrome OS looks. As you can see in the images above and below, the new look file manager is full of Material Design goodness with a very heavily Material Design influence throughout. To add to this, it also seems the File Manager icon will receive a redesign too. Now, it is not clear how 'true' or final these screenshots are. They could be just a possibility put forward by Google for consideration and they might not actually end up looking like this at all. Not to mention that the side panel in the image below is much more consistent with what we would expect with Drive instead of Files. That sais, this could represent a much more integrated approach between Files and Drive in the future. As such, it could very well be the start of a much bigger redesign to the way Chrome OS looks. Either way, it seems we might not have to wait too long to find out as it is being suggested that these File Manager changes might drop in Chrome v42, which is due out next month. What do you think? Does Chrome OS need a refresh? Let us know. 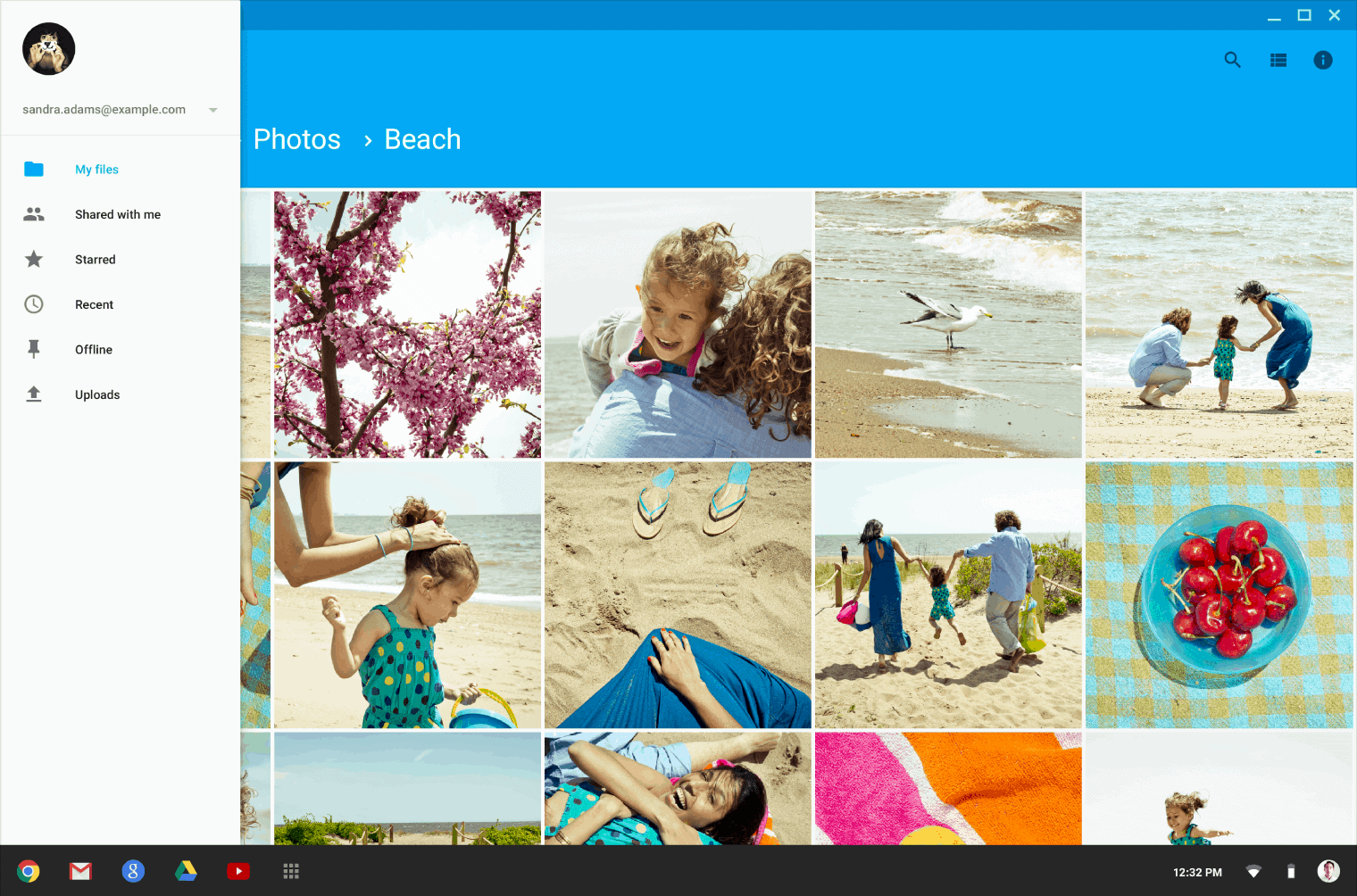