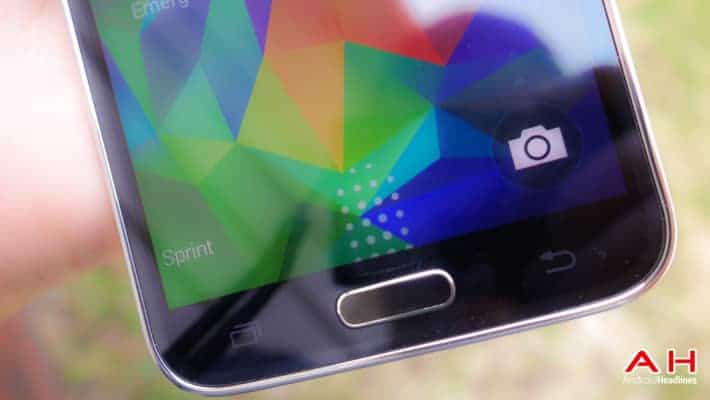 Samsung introduced the Galaxy lineup of Android-based smartphones to the fingerprint scanner with the 2014 flagship device, the Samsung Galaxy S5. Since then, it's endowed several other products with a similar sensor such as the Galaxy S5 Mini, Alpha, Tab S, Note 4 and Note Edge. Samsung being Samsung loaded up on the functionality that the fingerprint sensor could work with, which included the fingerprint unlock, website sign-in, Samsung and Paypal account verification and a private mode. Unfortunately, Samsung used a swipe sensor rather than a touch sensor and it was based on the homescreen. That meant users have to swipe their finger over the (rather quaint, hardware) home button and compared to the Apple iPhone, Samsung's execution was terrible. Forget the happy smiling faces of models demonstrating the fingerprint sensor; some clients of mine were close to calling in Thunderbirds (or switching to the iPhone); it was that frustrating!

There's good news here, though; it appears Samsung is to dump the swipe fingerprint sensor and replace it with a touch-based sensor (similar to Apple's approach). It'll also work in a similar way to the iPhone, users will be able to record an entire fingerprint, but unfortunately, it appears that the sensor is still going to be built into the home key (as a disclaimer, I don't like hardware home buttons). However, acknowledging that the home key needs to be big enough to put your finger on it, Samsung are rumored to be increasing the home key button size, too. As regards what you can do with the sensor, by all accounts it's a similar software set up as before except this time it uses an improved sensor.

I like the idea of the fingerprint sensor and it has encouraged a lot of people to put a lock on their smartphones whereas before they never bothered, but I was very disappointed with the S5's implementation, which to my mind waved the "we can do it too" flag back at Apple, so this is good news. I am less keen on increasing the home button, which presumably will also increase the lower bezel of the device. Although I'm sure Samsung have plans to use the extra space under here for something useful! Let us know your thoughts about fingerprint scanners and smartphones in the comments below.