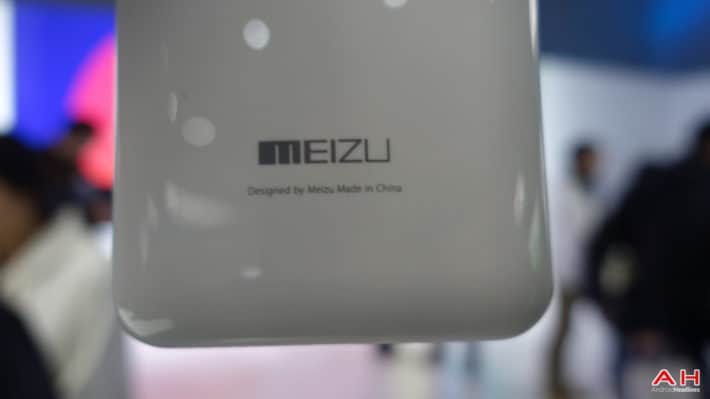 Meizu did great in 2014, the company has released three really compelling devices, and they'll want to do something similar in 2015, but step it up a notch. This China-based smartphone OEM is competing with Xiaomi, and they're doing an extremely good job as far as that is concerned. The last device they introduced was the M1 Note handset which was launched at the end of last year. This is an extremely affordable mid-ranger which packs in a lot of punch for its price. The company has already announced that they'll hold an event in Beijing on January 28, and we'll almost certainly see the M1 Mini handset launched there, the smaller version of the M1 Note device.

Speaking of which, we've seen a lot of leaks regarding this device, from some of its parts to its color options. This handset will sport the same design as the M1 Note, but will have a smaller display, at least according to various reports and leaks. Well, @leaksfly leaker bring us some additional information regarding this handset, some interesting stuff actually. It looks like Meizu might let you choose between three operating systems on this device, Flyme, YunOS and Ubuntu (Touch) OS. This sounds really interesting if you ask me, Flyme is of course Meizu's very own OS which you've seen in their devices thus far. YunOS is Alibaba's operating system, though the leak doesn't specifically say if this is the original YunOS ROM or Flyme with YunOS' additions on top of it, my guess is that we'll see the latter option. Ubuntu (Touch) OS is the most interesting one out of the bunch, at least to me. Canonical and Meizu signed an agreement a while back and we knew that we'll see this handset, but we didn't expect to see it launched this month. Ubuntu-powered Meizu handset will be available in Europe, we knew that for a while now.

The leaker also mentioned that the device will indeed be called the M1 Mini and will sport a 5-inch display, but won't sport a 1080p display. The leaker says that this handset will ship with a 720p display, which goes against every single leak we've seen thus far, but it makes sense considering the 799 Yuan price point for this handset. 6 color options were also mentioned, but we already knew that thanks to the previous leak(s). The rest of the specs weren't mentioned, but you can expect pretty much the same specs as on the M1 Note, 2GB of RAM, MT6752 SoC, 13 and 5-megapixel cameras, etc.