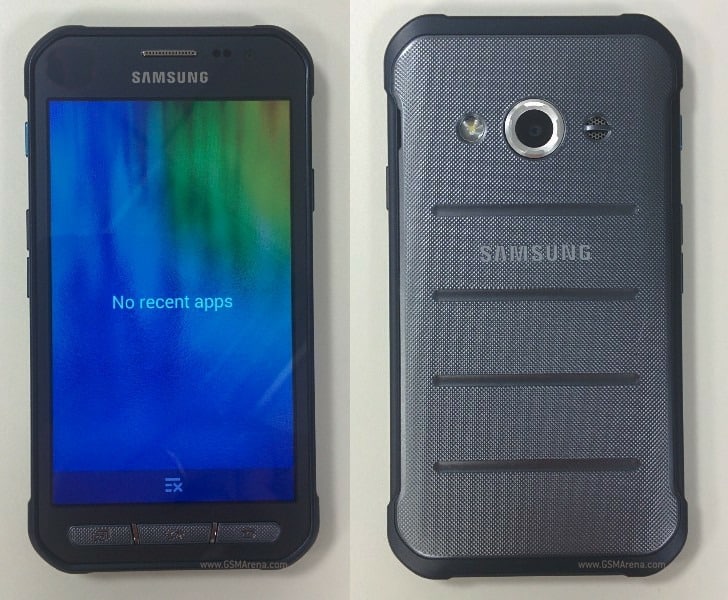 One of Samsung's promises for 2015 is that they will be consolidating their smartphone portfolio by between 25% to 33%. This, I might reasonably expect, means reducing the handset models that they release over the coming months. To my mind, this is a great idea: Currently, Samsung has a handset for every point in pretty much every range, from flagship to entry level, from waterproof to rugged to designer thin. Narrowing their range and allowing their product engineers to focus on fewer models should be a good thing, but unfortunately the evidence we've seen so far this year doesn't reflect Samsung's statement that they're going to be reducing the portfolio. And on this note, I'm bringing you a rumor and leaked specification of a new XCover rugged smartphone.

This is the first time that the XCover line has been updated in 2013; since then, Samsung has sold a rugged version of the Galaxy S4 and S5 for the S4 Active and S5 Active respectively. Part of the toughening up of the Galaxy handsets involves increasing the price of the devices, which presumably hurt sales, in exchange for improved bump, knock, scrape and water resistance. However, rather than take the decision to exit the rugged smartphone market (or at least take a break) instead, Samsung are refreshing the XCover range. We've rumors of a new model, the SM-G388F, running Android 4.4.4 KitKat over a 64-bit, quad core, Marvel Armada PXA1908 chipset. This is based on the ARM Cortex-A53 processor, which is paired up with 1 GB of RAM. There's a 4.8-inch, 800 by 480 pixel display, 8 GB of internal storage and a 5 MP rear camera. Around the front, there's a 2MP camera for selfies, not that the SM-G388F is a typical camera for the selfie crowd. It's not clear the battery size or if the smartphone has a memory card, but it appears that the back of the handset is removable going on the image above.

A new rugged device might have been Samsung's opportunity to disrupt the market, but unfortunately the rumored specifications of the new XCover are typical of the breed: distinctly low end hardware inside a tough exterior and, usually, with a high price. I suspect Samsung are still considering releasing an S6 Active, which of course, will carry an even higher price tag.