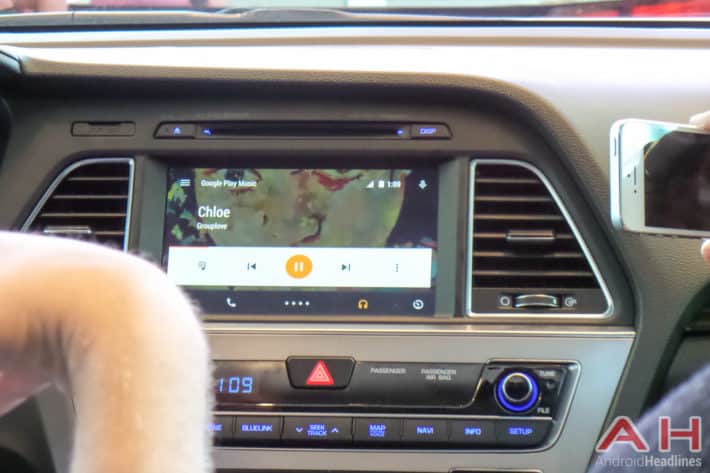 CES is a big event in the technology calendar, and as it's an event for all sorts of consumer electronics, it's no surprise that all sorts of things are starting to converge on the show floor this year. Android Auto, Google's in-car version of their mobile OS, was announced last year during Google I/O and as big names in aftermarket in-car entertainment systems show off their new wares for the year ahead, Android Auto was a given. Today, Pioneer announced that they would have three new NEX (Networked Entertainment eXperience) in-dash multimedia systems launching this March complete with Android Auto onboard.

Pioneer's AVIC-8100NEX, AVIC-7100NEX and AVH-4100NEX will launch in March of this year and feature an external microphone to make sure voice commands are dealt with properly and that hands-free voice calls are easy to manage as well. Ted Cardenas of Pioneer had this to say about the new 7-inch in-dash systems: "Integrating Android Auto into our second generation NEX receivers provides compatible Android smartphone owners the ability to utilize the power and connectivity of their devices for navigation, communications, music and more. Android Auto delivers a familiar and consistent user experience that is optimized specifically for the automotive environment with advanced speech technology for quick and easy voice control and a unique visual display of useful and relevant contextual information." As well as Android TV, these models will also feature HDMI connectivity and Bluetooth apt-X support, too.

Android Auto has been something that we've been waiting quite some time for, and now that CES 2015 has some news on the platform, it looks like 2015 is finally the year our cars will be able to talk to our phones in a way far beyond simple Bluetooth. We still have some time to wait and see if Android Auto is going to be worth upgrading to a better model car or spending a lot of money on fitting an aftermarket system, but it does look like Google has got it right, at least for now.