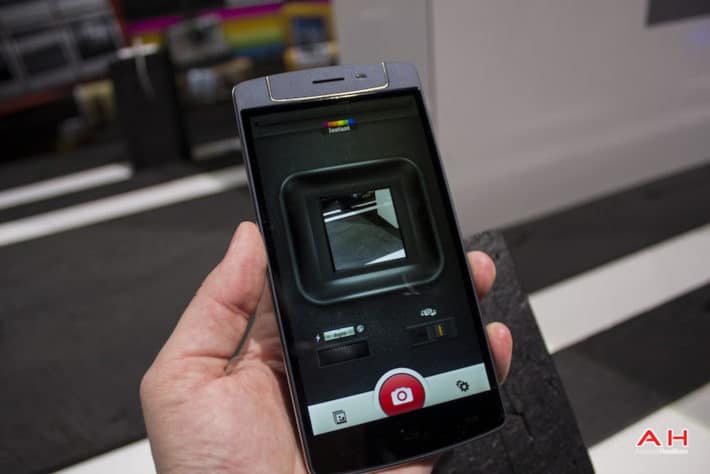 One of the big surprises at this year's CES event was that of Polaroid. For awhile now, we have come to understand that smartphones should be equipped with cameras and as such have gotten somewhat used to smartphone manufacturers releasing smartphones with more advanced and high-end cameras. In fact, we are also starting to get used to smartphone manufacturers releasing just camera devices (looking at you HTC RE). That said, we are not so used to seeing ex-camera companies suddenly releasing smartphones, but that seems to be the case for this year with both Kodak and Polaroid joining the smartphone wars.

Polaroid in particular had some interesting smartphones to offer. At CES, the once camera company launched three smartphones dubbed the Polaroid Snap, Polaroid Selfie and Polaroid Flip. Of the three, the one that caught the most attention, was the Polaroid Selfie. Now, this was not just because this is another selfie-focused device but instead because it caused an element of deja vu. To recap, the Polaroid selfie comes with a 5.5â€³ HD IPS display (1280 x 720 resolution). Inside, the Polaroid Selfie offers 2GB RAM and powered by an Octa-core processor. Additional features on offer included WiFI, Bluetooth 4.0 and running on Android 5.0 (Lollipop). However, the most interesting feature (and the element of deja vu) was the camera. This device did not come with traditional front and rear cameras but instead came equipped with a rotatable 13MP camera which could switch between being a front and rear facing camera. Kinda like the Oppo N1. In fact, the camera on the Polaroid Selfie is almost identical to the Oppo N1 (and quite similar to the Oppo N3).

So much so that Oppo have suddenly taken notice of the Polaroid Selfie and seem to be a little concerned. This is because Oppo has patented their camera and won't be too happy if a similar camera starts making the rounds that might be based on their design. As such, it is being reported that Oppo have stated that they are keeping a close eye on the Polaroid development and "reserves the right to take further legal action". So, it looks like things between these two companies might have just gotten a lot more interesting. Will 2015 be the year of the 'Selfie Patent War'? We will have to wait and see.