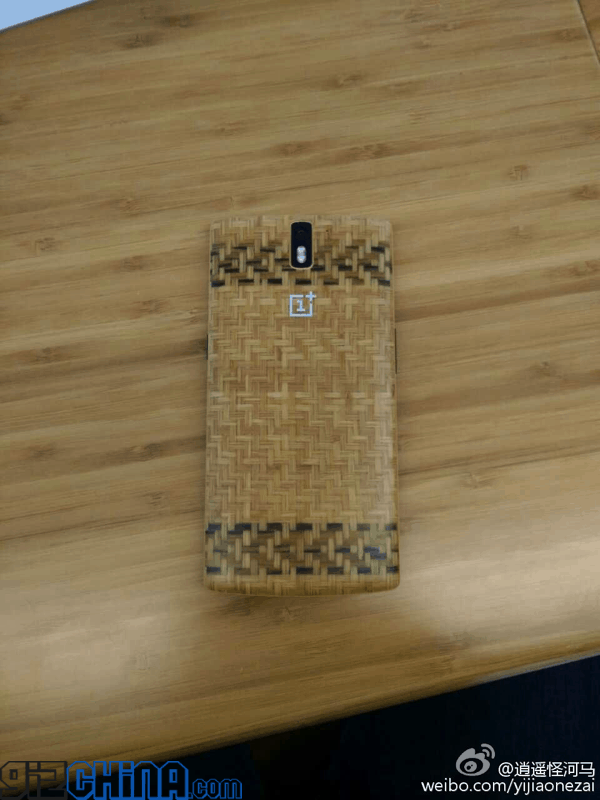 When the OnePlus One originally hit the scene, the company was promising a number of swappable covers for the device, dubbed StyleSwap covers. Sadly, these didn't quite materialize the way users wanted them to. The company made quite the thing of their, admittedly very attractive, bamboo StyleSwap covers, but in the end the company was only able to manufacture a limited quantity due to difficulties. It's a new year now though and OnePlus could have new suppliers lined up and such, as it looks like they're getting ready to introduce a new StyleSwap cover with a pretty groovy design on it.

Just recently, OnePlus took to their official Weibo account on Chinese social media to show off a new basket weave style cover. It's somewhat hard to explain, but it sure looks like the type of weave you'd find on a basket of some sort. There's a gallery of images embedded below for you to take a look at though. There was no further information attached to the post from OnePlus, just a teasing look at the new case in images. Whether or not that means that OnePlus is to ship these sooner rather than later, we're unsure, but we hope so. The StyleSwap idea from OnePlus was one that a lot of us were originally looking forward to, but since then the StyleSwap covers have been hard to come across.

From the pictures it's hard to tell if each case has been woven and then pressed, but I'd highly doubt that they have been. That'd be a costly and time-consuming way to produce a case like this. Still, if they're just plastic shells with a smooth coating to them, they sure look different. Whether or not that design is one that's going to be popular here in the West, we'll have to wait and see, but judging from OnePlus' track record with StyleSwap covers we might not ever see this even launch. We hope we're wrong though. For more about the OnePlus One, you can read our review here and an interview with Carl Pei himself here.