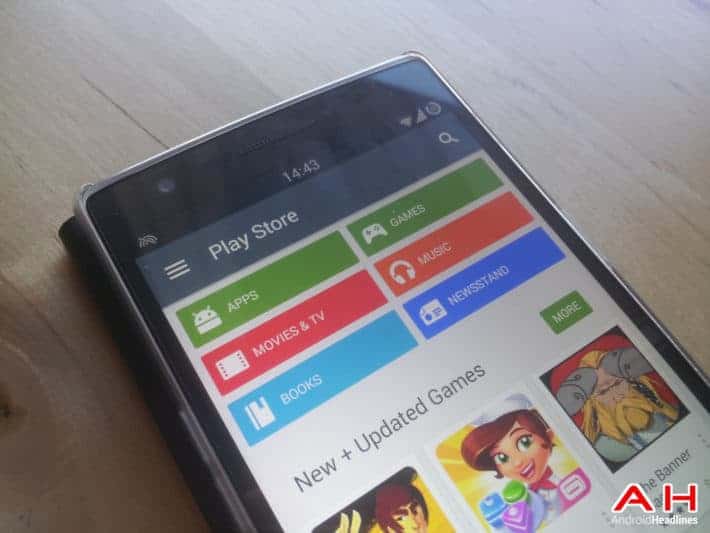 Android apps are everywhere these days. It almost seems there is an android app for just about anything and everything. Need your phone to be a torch? No problem. Need your phone to be a translator? No problem. Need an app with a built in magnetophone to help identify nearby ghosts? Really you can, click here. Well, this just shows you the length and breadth of apps that is currently available on the market. What's more, is that it seems to be growing.

A study published today by appFigures does exactly that. It details what is happening currently in the app world and the results make for interesting reading. In terms of the findings, Google Play seems to be on an unrivaled scale when it comes to number of apps. According to the report, Google Play currently offers over 1.43 million apps. Most would think that Amazon are the main appstore competitor, but relatively speaking they are not even close. To put this into perspective, the Amazon appstore apparently only offers a measly 293 thousand apps. Only another million and change to go Amazon. Either way, both Google and Amazon seem to be making decent strides in increasing the number of apps they respectively offer. However, part of this increase is also due to an increasing number of new developers constantly hitting the market. For instance, by the end of 2014 Google Play was serving up apps from 388 thousand different developers. That's quite a lot when you think about it. Although, again, Amazon seemed to be trailing quite substantially behind with only 48 thousand developers on their books.

In terms of the overall year-on-year growth of the app market, it seems 2014 saw more growth in the app market than any year before. In fact, according to the report, the number of apps distributed by Google Play doubled in 2014. Likewise, Amazon were noted experiencing a similar level of growth (based on apps), although their doubling is not so impressive when you take into consideration the actual number of apps. In terms of what type of apps, it seems games are by far the biggest attraction with this category alone more than doubling. On a side note, it is worth noting that photography apps also saw decent levels of growth in 2014, which makes sense as 2014 seemed to be a year in which camera software and hardware was quite dominantly at the forefront. So what do you think of the findings? Are they surprising? Let us know.