Consumer Electronics Show (CES) in Las Vegas took the headlines these days, but let’s step away from it for a second and see what’s going on in China. A while back, we talked about the alleged ZTE smartphone which has no bezels on the sides, the Nubia Z9. We’ve seen some images of the device leak back in November, and in December a leak came our way saying that ZTE will launch this handset in 2015, despite the fact rumors were saying that it will launch in December 2014. Anyhow, let’s see what’s new.

Two new images came our way showing off the alleged Nubia Z9 handset, these images are different than the ones that leaked back in November. I liked the previous images way better, I have to say, these new ones just look odd. The phone’s design looks odd, the chins on the bottom and the top are way too big and they look odd. The shape of the phone, the way it is curved on the sides and everything, it just looks too long and like a reference design more than a finished product. I really hope this is not the final design ZTE plans to release, I’d be really disappointed if it turns out it is.

We don’t have any information as far as this handset’s specifications go, but this will be company’s flagship handset for 2015 it seems, so you can expect it to offer high-end specs along with the odd design. The Nubia Z7 was launched in July 2014, and if ZTE intends to launch its successor, the Nubia Z9, in time, we won’t see it launched for another couple of month. This Chinese smartphone manufacturer might opt to launch this device sooner though, who knows, perhaps we might see it launched at MWC in March or at a separate event before July. I doubt that will happen, but hey, I guess everything is possible. Do you like this design or the previously leaked design more? Does this form factor seems appealing to you at all, or do you think the bezels on the top and bottom are too big? 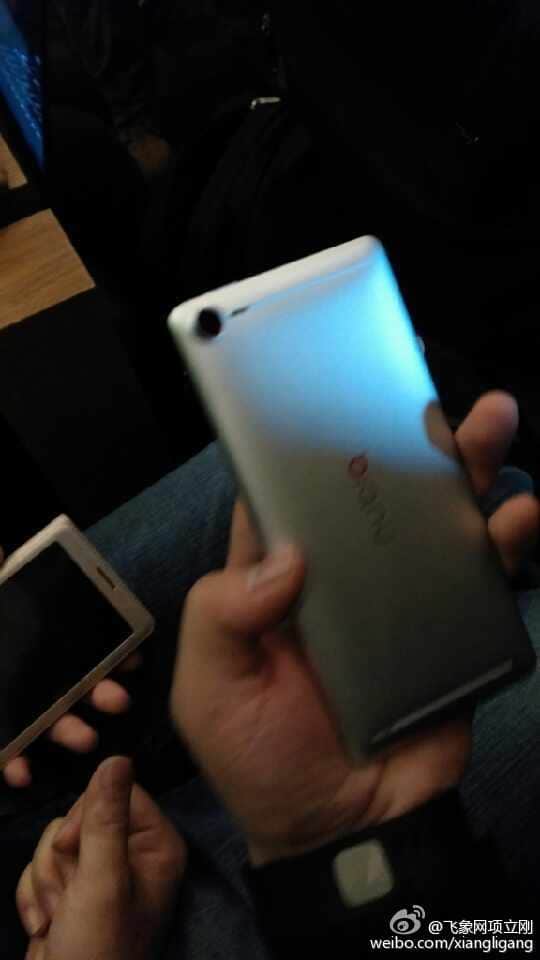