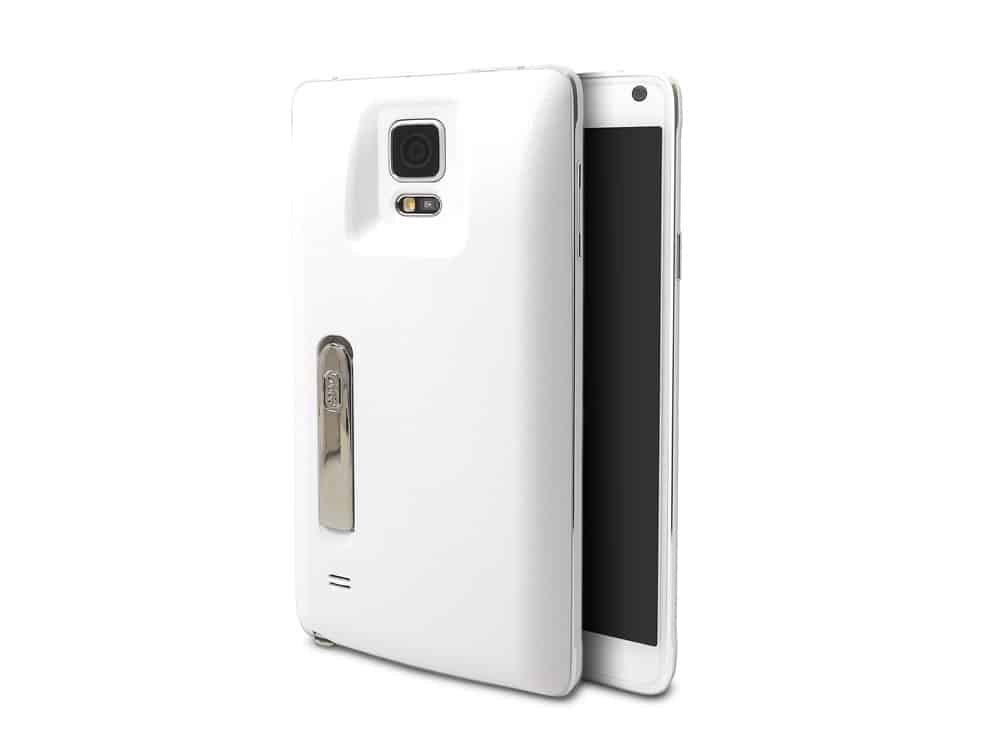 Mugen Power makes some really great battery cases for a wide range of smartphones, like the Sony Xperia Z3, and this battery case for the Samsung Galaxy Note 4 which not only provides a massive amount of extra battery life to a device that already has a large battery capacity, but also a kickstand on the back which helps to keep it propped up so you can easily use the device without having to set it down and pick it up every time you want to respond to an incoming notification or flip through a song. It should also be great for when you want to watch movies, and there's another scenario where the extra battery life from the case will come in handy since streaming movies tends to drain your battery a little more than usual.

The Galaxy Note 4 has 3,200mAh of battery life all on its own, so when you add the Mugen Power extended battery case to the mix the Galaxy note 4 gains an additional 6,640mAh of battery capacity. You heard that right, it adds 6,640mAh of battery capacity on top of the 3,200mAh the Galaxy Note 4 already has. If you're worried about ever running out of juice while using it with the screen on for around 15 hours straight or camping for a few days, fear not as you should easily be able to make your phone last without dying on you.

Thinking about picking one of these up for your own Galaxy Note 4? It'll set you back about $89.50, but that's a reasonable price we think for the extra battery life as well as the added benefit of the kickstand placed on the back. The extended battery case replaces your Galaxy Note 4's back panel, so it's not really like a full case, but it does the job mostly the same and at least protects the back if it happens to land that way when dropped. The best part though, might be that the extended battery case from Mugen carries NFC support, as well as Qi wireless charging so there's not even a need to plug in your device. Just drop on a Qi pad and you're done. The case isn't available on Amazon just yet, but you can pick it up over at Mugen's own site.