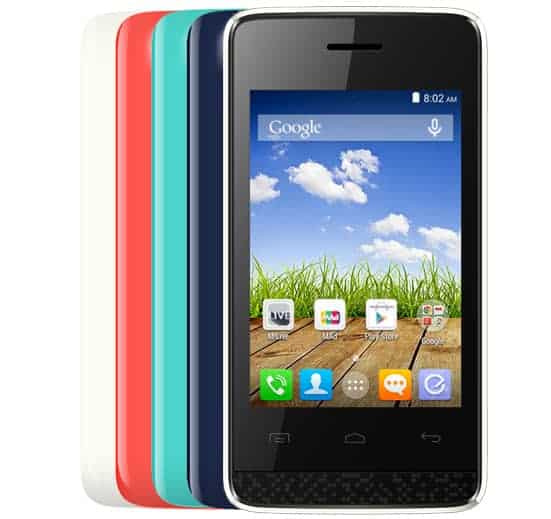 Micromax is India's best known brand. This Indian smartphone manufacturer sells a lot of smartphone in India and tends to release new ones rather often. This company is well-known for releasing low and mid-range handsets actually, which sell really well in India, as I already mentioned. The one we'll talk about today is really not that different from what we usually see from Micromax, anyhow, let's get to it.

Micromax Bolt A066 is a newly listed low-end handset by the company. This thing features a 3.5-inch 480 x 320 TN display along with 512MB of RAM and 4GB of internal storage (expandable via microSD card up to 32GB). MediaTek's MT6571 dual-core processor clocked at 1.3GHz is powering on this thing and we're talking about a dual-SIM (GSM + GSM), dual standby device here. The Bolt A066 comes without 3G or 4G connectivity, this is a 2G (EDGE) device, and that might be a problem for almost anyone. There is a market for such devices though, obviously, this might be fit for older non tech-savvy people after all. Anyhow, the device also sports a 2-megapixel camera on the back (including an LED flash) and a 0.3-megapixel shooter up front. 1,300mAh battery ships with this handset and Android 4.4.2 KitKat comes pre-installed here. Bluetooth 4.0 and Wi-Fi b/g/n are also a part of the package.

This handset is listed on Micromax's official website, though it's not available for sale just yet, will be soon though. Micromax Bolt A066 comes pre-installed with the following apps: Clean Master, Dr. Safety, Opera Mini, Reverie phonebook & smartpad, True caller and Zapr. Some games are also pre-installed on this device, like Gravity, marble and Giga Jump. The device will be available in Tranquil Green, Pristine White, Smokey Grey and Raging Red. As I already mentioned, this handset is still not available for purchase, but it shouldn't be long now. This thing will be extremely affordable, as it should, this is a low-end handset no matter which way you look at it. That being said, is anyone interested in this thing? Perhaps as a present to your grandparent(s) or something like that?t?