When OnePlus launched their flagship device the OnePlus One back in the early part of last summer, one of the big selling points of the device was that it came with Cyanogen’s take on the android operating system. At the time, this was known as a variant of CyanogenMod 11 (CM11s), although over time this has morphed into what we now know as Cyanogen OS, a commercial sister version of the community-based CyanogenMod.

At first, the relationship was a fruitful one and seemed to benefit both companies. However, at some point it seems tensions started to build and as we all now know, those tensions came to a head towards the end of last year, when a fallout between the two companies became public knowledge. Since then, it has seemed like the two were never going to be able to move forward and get back on track again. Members of both parties have since came out publicly, stating that the whole Indian issue was unfortunate, but the news on the future of the two had been quiet since.

Well, if you were hoping for a rekindling, it seems the latest news is suggesting that is unlikely to happen. Very early reports from new owners in the US, are starting to reveal that their newly purchased OnePlus One’s are coming without the infamous Cyanogen logo on the back. When the whole India issue came to a head, Cyanogen were informed that they could no longer ship units to India, branded with Cyanogen until Micromax (the crux of the India issue) had released their device. However, there has and was never an issue with shipping units to other countries, with Cyanogen branding on the rear. Well, as you can see from these images, it does look like either OnePlus have decided to remove all branding for all regions or Cyanogen have asked OnePlus to remove all branding. Either way, this does look like the latest confirmation, that the two are drifting further apart. The user in question (source link below) noted on Google+ that the device shown in the image above only arrived today and has a build date of January 10th. In the image below, the same user compares the newly arrived OnePlus One with another that was purchased at the end of last year. As such, the new One’s lacking Cyanogen branding seems like a very recent development. Have you purchased a OnePlus One in the last few weeks? Is your One Cyanogen branded? Let us know. 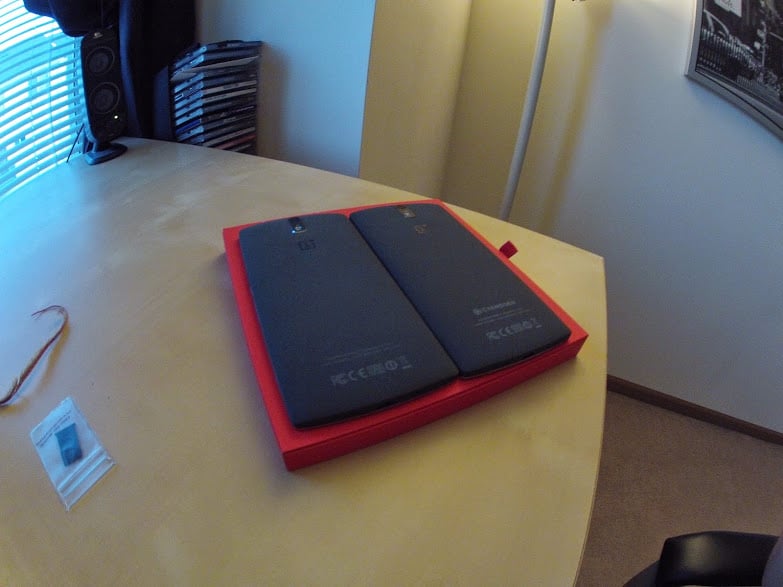