Earlier today, we ran a story about the G Flex 2, LG’s follow-up to the 2013 G Flex, one of the first devices to hit the market with a flexible display. We reviewed the G Flex and found it to be a pretty competent device, especially for one of the first to launch with a flexible display. It wasn’t just the vertically-curved display that made the G Flex an interesting device, but also its ability to quite literally flex and its self-healing back panel. For a device that made many promises about its futuristic promises, the original G Flex wasn’t exactly a big hit for LG, but it clearly sold well enough for them to release a follow-up. The Korean giant has just announced the G Flex 2 during CES 2015, and what a device it is.

Like the first generation G Flex, the G Flex 2 is a large device at 5.5-inches, but this features a larger Full HD resolution of 1920 x 1080 compared to the original’s 6-inch 1280 x 720. The display is a P-OLED display and as such should feature deep blacks and punchy colors. Under the hood there’s a 64-bit Octa-Core Snapdragon 810 CPU clocked at a maximum of 2.0 Ghz with 2GB of RAM. Elsewhere we’re looking at a 13-megapixel rear-facing camera with OIS as well as laser auto-focus just like the G3 from last year as well as a 2.1-megapixel front-facing camera. There’s 16 or 32GB of storage available here, as well as a microSD card slot and Android 5.0 Lollipop is here out of the box. Keeping everything running is a 3,000 mAh battery, which can go from 0 to 50 in just 40 minutes using a compatible charger. Coming in at 149.1 x 75.3 x 7.1 – 9.4mm, this isn’t what you’d call a small smartphone, but it’s not exactly gigantic either.

Enough of what’s on the inside, it’s the flexible outside that many are interested in. The display features a 700mm curvature and LG is keen to point out that the device features curves all over the place, making it an easy to hold device. These curves have apparently helped LG to move the microphone closer to the user’s mouth and while the device certainly follows in the G3’s footsteps, the G Flex 2 does look like its own device. The self-healing back is here again and this time LG have given it a fancy pattern to complete the overall design, and this time around LG is promising a healing time of just seconds at room temperature. The original G Flex was durable, and could stand to be sort of flattened, and this year LG have made the display glass 20 percent more durable through a custom treatment of their own, while retaining the same party trick of flexing without breaking.

According to LG, the device will launch in South Korea at the end of January, and other markets later during Q1 2015 in Platinum Silver and Flamenco Red. We’ll have more info and images of the G Flex 2 when LG’s event starts later on today. 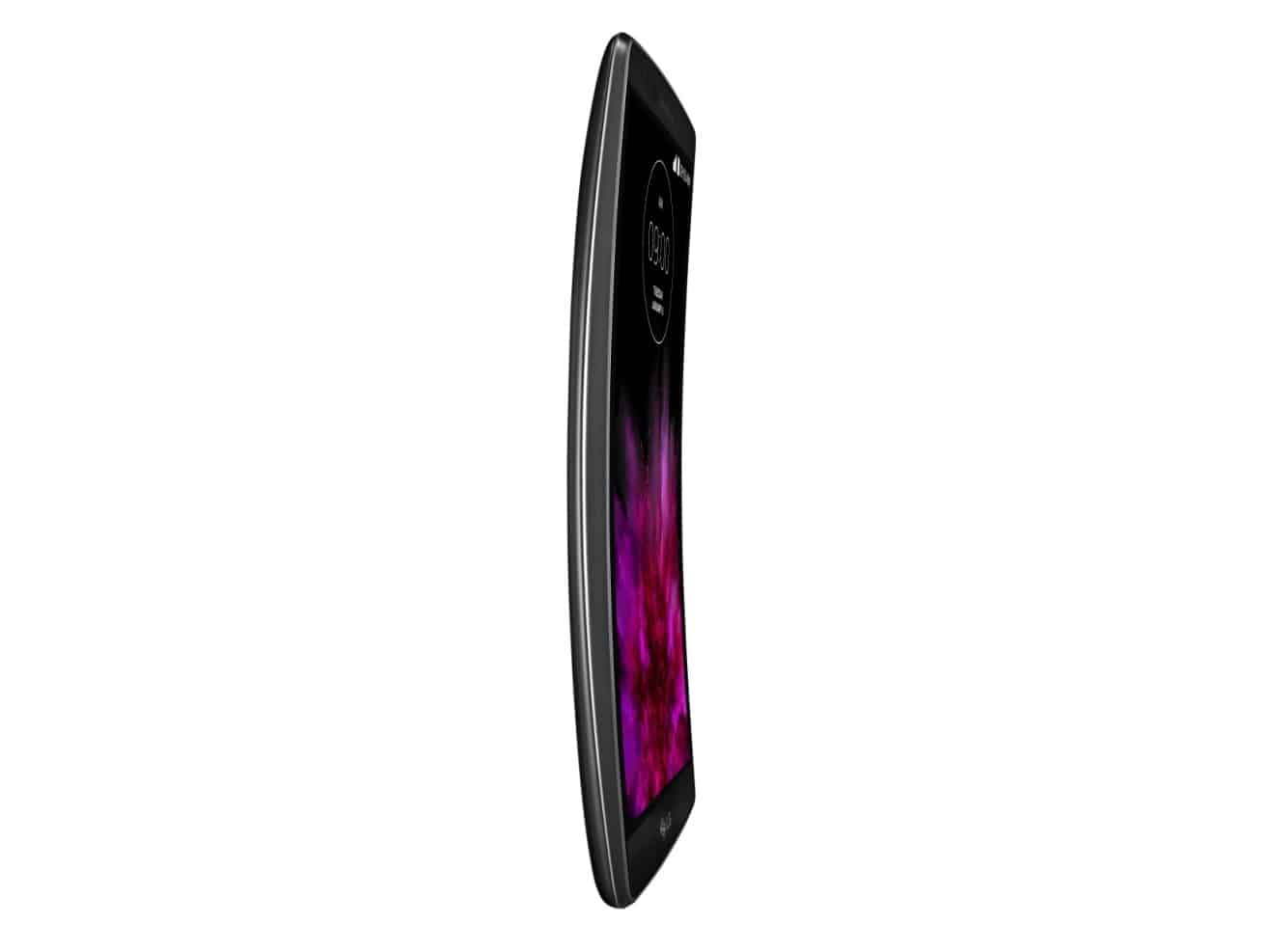