Many, many companies are showing us their tech offerings at this year’s Consumer Electronics Show (CES) in Las Vegas. We’ve seen Sony, Acer, HTC, LG… and other big names in the mobile industry show us what they got already, but there are some unexpected appearances at CES as well. Kodak is definitely one of them, no that the companies appearance was unexpected, but the fact that they unveiled their Android phone offering there. Kodak has announced their Instamatic 5 Android-powered handset, or IM5 in short. Let’s check it out.

This phone is manufactured by a Chinese company named Bullitt, and the company says the phone is designed for anyone who wants a simplified smartphone. Considering this is Kodak we’re talking about, this phone is photo-focused, naturally. In Kodak’s version of Android, you get a slideshow of your images on the lockscreen along with a shortcut to print them directly from said homescreen. Talking about images, this phone has a 13-megapixel snapper on its back and a 5-megapixel shooter is available on the front side of this device. The camera UI is simple and straightforward, so that anyone can use it.

As I already mentioned, this phone is incredibly simple to use according to Kodak, well, if the homescreen is any indications, this really is a phone for senior citizens and not people who are not that into technology. You get a grid which consists of huge buttons on your homescreen, which basically anyone can see and press without touching something else on the homescreen by accident. E-mail, phone dialer, camera, messages, etc. are all right at your fingertips. Kodak has also built in all sorts of additional goodies in here, like the remote control feature, which is kind of self-explanatory, all you’ll need is the phone, your computer and you’re ready to go.

As far as the specs go (well, the rest of them), this phone features a 5-inch 720p (1280 x 720) IPS display along with 1GB of RAM and 8GB of in-built storage (expandable via microSD card). The phone is powered by MediaTek’s octa-core processor clocked at 1.7GHz and it ships with Android 4.4.2 KitKat with Kodak’s skin on top of it, which we’ve already mentioned. This is a dual-SIM handset and it weighs 120 grams. The phone sports a matte black finish and feels good in the hand. The Kodak IM5 will cost â‚¬299 in Europe and will launch at the end of Q1 2015, while it will also be available in the U.S. eventually where it will cost $249. 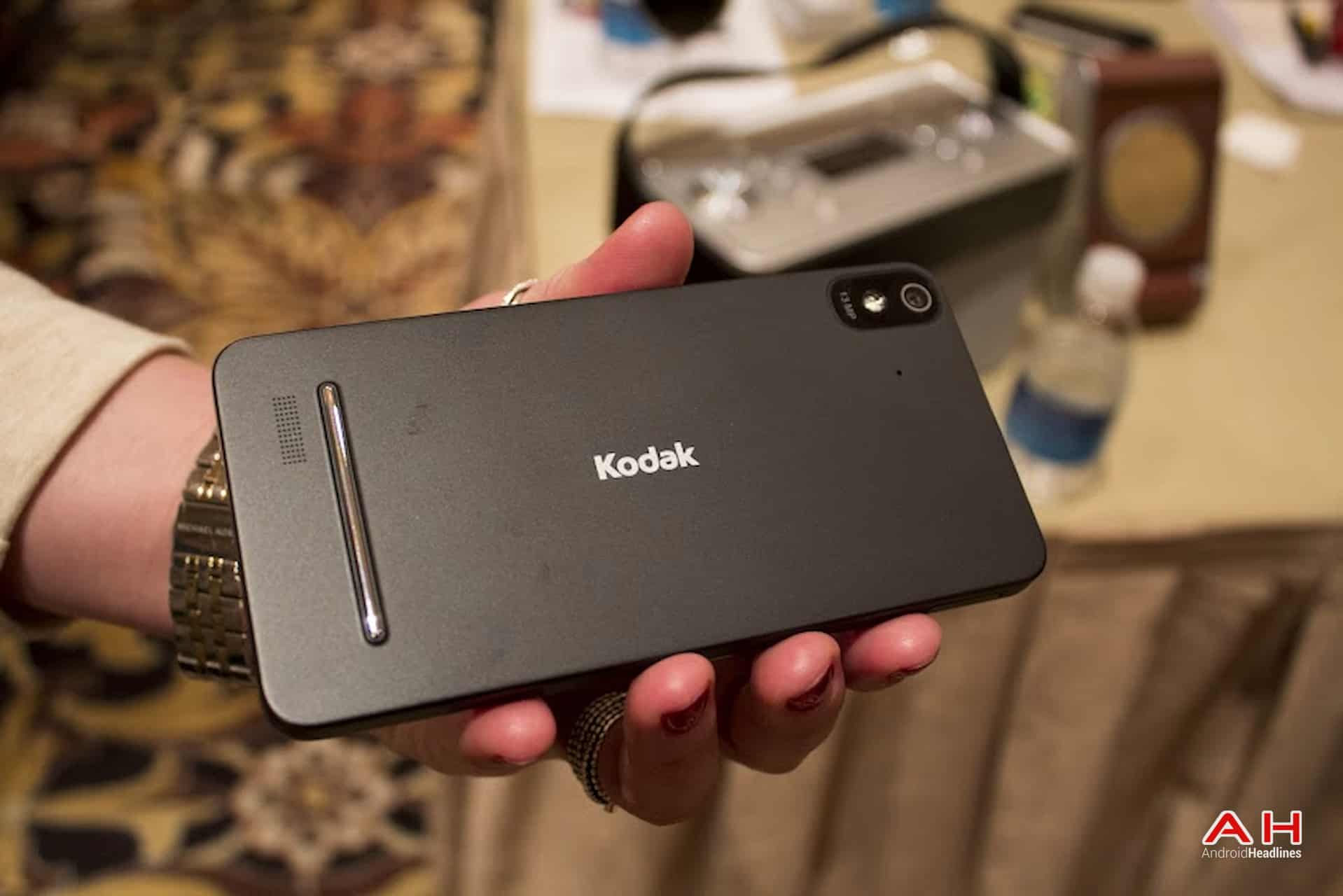