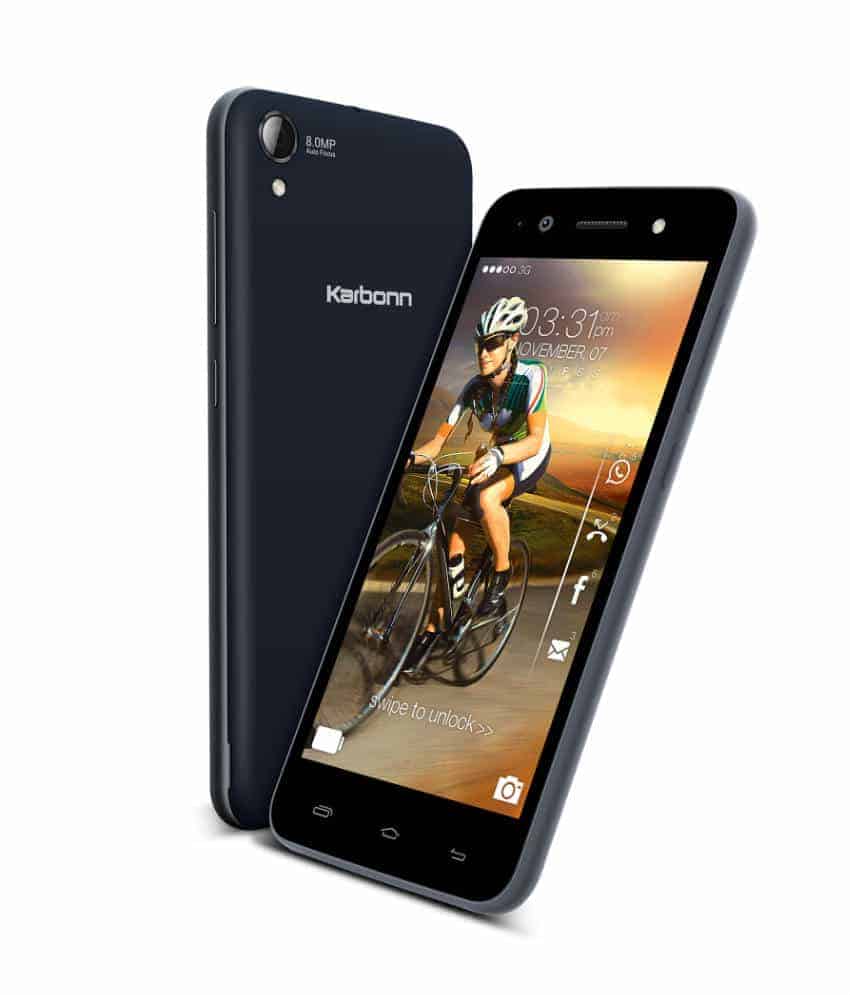 Karbonn is one of India's biggest smartphone manufacturers. The company has released a slew of devices in 2014 and was also one of Google's initial Android One partners. This company has just released another mid-range handset for the Indian market, the Titanium Mach One, which is available exclusively on Snapdeal. Anyhow, let's see what this handset has to offer.

This thing features a 4.7-inch 720p (1280 x 720) IPS LCD display along with 1GB of RAM 8GB of internal storage. This thing is powered by a 1.3GHz quad-core processor and Mali 400 MP2 GPU for graphics processing. Android 4.4 KitKat comes pre-installed on this device. 8-megapixel camera is located on the back of this thing (BSI sensor) and you can find a 5-megapixel snapper on its front side (both cameras have a flash next to them). 1,800mAh battery is also a part of this package and will make sure you don't run out of juice ahead of time. Karbonn includes software features like "Blink Capture" and "Voice Capture" for more variety while shooting images. Panorama view, continuous shot and selfie mode are also available here. The Titanium Mach One also packs in "Smart Lock Screen", "Gesture Mode" and "Smart Eye Gesture" features, for those of you who are into that sort of thing, of course.

"Indian Smartphone user demographic is highly fractured with advanced users forming only a small chunk of the overall market. Thus, it is imperative to offer advanced Smartphone solutions to the consumers which complement their needs and expectations while being simple enough to be adopted intuitively by the user. Recognising the need for a dynamic symbiotic relationship between consumer and technology, Karbonn has launched Titanium Mach One which has been especially developed to cater to the growing demand of Indian consumer for relevant and simplified smartphone technology," said Shashin Devsare, Executive Director at Karbonn.

This device is available exclusively via Snapdeal, as I already mention. If you're interested, you can get the device in White-Silver, White-Gold and Black-Blue color options for Rs. 6,990 ($114). In case you'd like to get more details on the device itself or would like to purchase one, just follow the source link down below.