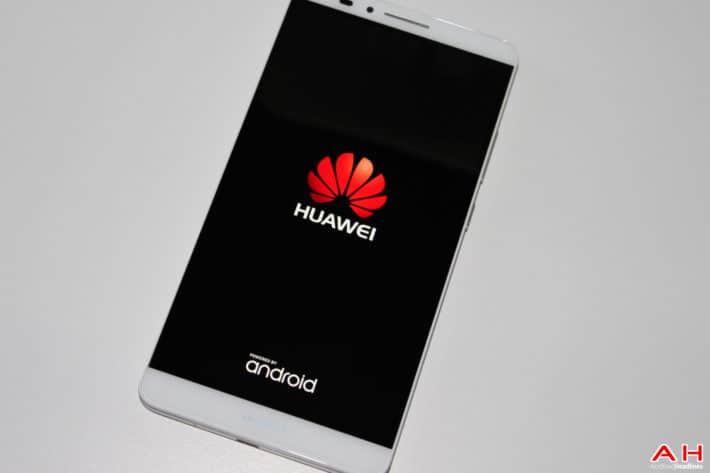 Huawei sold 75 million smartphones in 2014, which saw the manufacturer dipping inside the top five device manufacturers, and this week the Chief Executive Office Yu Chendong has said that the business considers their main rival to be Samsung rather than Chinese competitors Lenovo and Xiaomi. He said that the business is aiming for the high end device market in 2015 and does not consider Lenovo or Xiaomi to be operating in the same territory. Instead, Huawei consider their nearest competitors to occupy the mid-range market (especially Xiaomi). Huawei are planning to sell 100 million smartphones in 2015, an increase of 33% from last year; they're one of the few Chinese manufacturers that have made a decent stab at the North American market and appear to be making plans to expand their portfolio with recent rumors of a Mate 7 Compact surfacing. And let's not forget that Huawei own a large number of patents, something that Xiaomi, especially, has suffered from.

Huawei have recently been in the press having criticized the push towards ever higher resolution displays: screens of 1440p resolution, that is, 2,560 by 1,440 pixels, which in their opinion offer limited advantages over 1080p resolution displays but require more powerful, expensive and power-hungry device internal components such as the processor and GPU. Xiaomi (and another Chinese device manufacturer, Meizu) have designed handsets with 1440p, or QHD, resolution displays. Huawei's focus is more on battery life and whilst they are not ruling out higher resolution displays over 1080p, translated from Yu's words, "The China market simple pursuit of hardware specifications is very wrong." It seems that Huawei are biding their time until the rest of the smartphone technology catches up with the idea of QHD technology to provide users with the same experience as they have using a 1080p screen. Perhaps what Huawei are really saying is that their own in-house processor and GPU technology isn't yet up to delivering the same experience at the higher 1440p resolution compared with 1080p resolution?

It's going to be an interesting year for the Chinese manufacturers. We've seen how their expansion across the world has been a challenge during 2015 and the established manufacturers do certainly take their competition seriously. Depending on where you draw the lines between midrange and high end devices, Huawei criticizing Xiaomi for not being able to compete at the high end feels a bit like the pot calling the kettle black. For many people, a midrange smartphone represents a noticeable upgrade from a 2013 high end device and is also significantly cheaper, too. Although this war of words is interesting, we'll see what happens over the next eleven months. I hope Huawei's steer away of QHD technology doesn't backfire.