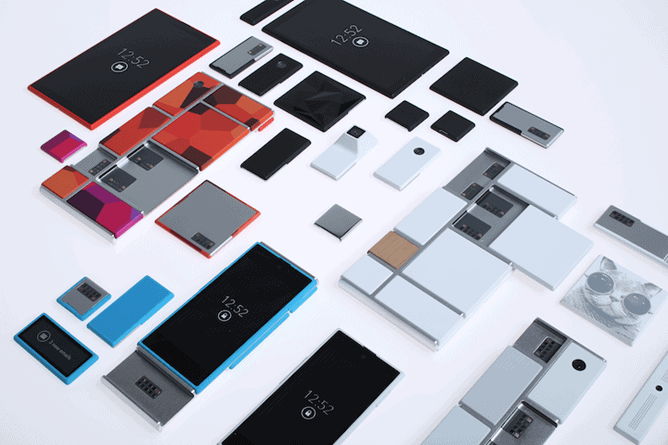 You may remember a few months ago we heard about an upcoming Google Developers Conference taking place in respect of Project Ara, Google's modular device. Well, time does fly and that conference is literally upon us with the scheduled date being January 14th (Wednesday). One of the aspects on the agenda for the developer conference was the release of the second Ara MDK in the form of MDK 2.0. Well, Google being Google have gone ahead and released the MDK prior to the actual conference. As such we get to see the first glimpses of what will be more elaborated discussed in a couple of days time.

As is discussed in the Phonebooks post (source link below) announcing the release of the MDK, most of the changes in hardware and software do (and will) be properly explained at the conference. That said, one interesting addition, which is noted included in the new MDK, is the contactless connection system which has been designed by the Ara team. This is designed to connect the modules systems with the endoskeleton systems to "save space, cost and to improve durability". Another addition to the current MDK, is a more in-depth explanation of how the Module Marketplace (basically Play Store for Ara) will function. We first heard about the idea of the Modular Marketplace a couple of months ago and it basically will offer a portal which connects developers and consumers together allowing for the purchasing of modules.

Although there will be a lot more to be announced in this MDK, the current information does provide us with some examples of how the project is moving forward. Either way, with the conference occurring this week we won't have to wait too long to find out more. It is also expected at the conference, we will get to see the next generation prototype in a working and functional order. If you missed the last news on Ara, then it was announced a couple of weeks ago that Ara will be compatible with a variety of processors including Rockchip, Nvidia and Marvell. Will you be watching the live developer conference on the 14th? Let us know.