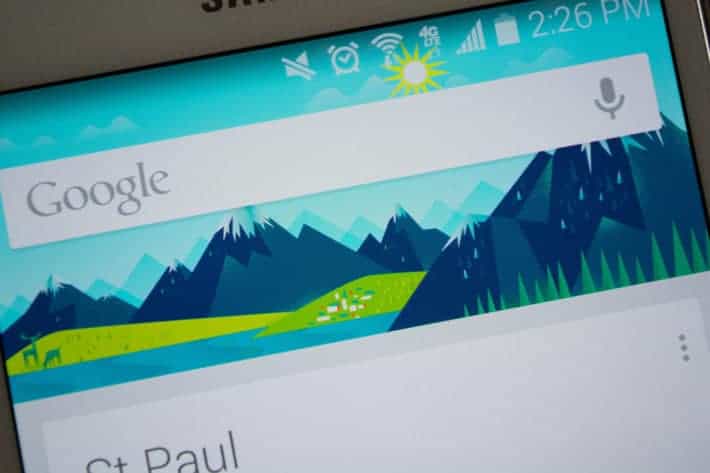 One of the most useful things available on the Android operating system has to be the inclusion of Google Now. It's versatile to the point where it would be difficult to see the use of an Android device without it as it offers things from voice activated commands to simple Google search, but the Now cards are the things that really make Google Now a worthwhile reason to love it. These helpful little info cards can show you things like the latest score updates from your favorite sports teams, so even if you can't watch the game at least you can stay up to date on what the scores are. It can show you what you want to see, when you want to see it.

Google Now cards also provide you with maps information, travel information, shipping status, recommended articles, you name it. Google Now cards are meant to be personalized and tailored to your specific preferences of what you do and don't want to see, and Google Now learns about you the longer you use it show it can show you more relevant stuff. While it's all well and good to have Google Now at our fingertips, it was still feeling a little limiting as it was integrated mostly with Google's own apps, but today Google has announced that their bringing the Google Now card integration support for 40 more applications, all of which are third-party apps.

If you thought Google Now was useful before, you're sure to take a liking to it now with the ability to have Google Now cards feed you information on the latest news from The Guardian. Google is also adding Now cards for Pandora, so when you're either on the morning commute or possibly out for a run, Google Now can show you cards with suggested music to play based on your preferences and musical tastes. There's even Now cards for apps like Duolingo, Instacart, Airbnb, and Lyft. Those are just the few that Google mentioned right up front. Like we stated though there are 40 new third-party apps that now have support within Google Now, including cards from Hootsuite, Waze, Mint.com, ebay, Strava, and many more. You can check out the full list of new Now Card apps here if you're interested in learning about them, and trust us you may want to take a peek if you're opted in to Google Now and use it regularly.