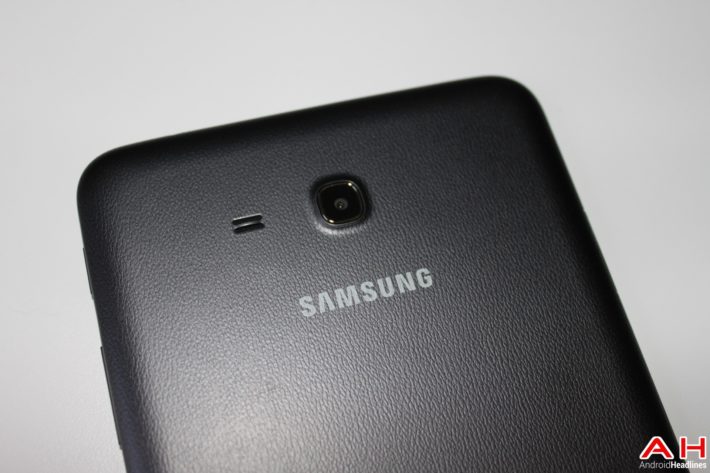 Samsung is no stranger to the tablet market and when it comes to Android tablets they're easily one of the biggest names around, if not the biggest in the Android tablet world. This could be due to Samsung's penchant for releasing many different sizes and devices, but I suspect it has more to do with the budget-minded tablets that Samsung has been shipping for quite some time now. Tablets like the Galaxy Tab 4 line are affordable compared to other options, yet still offer some of the best features that Samsung has to offer. As it's a new year, it's no surprise that we're hearing rumors of new Samsung tablets on their way to market.

A Galaxy Tab 4 8.0 with the model number of SM-T333 has been spotted in GFXBench with a new beating heart, a 64-bit Snapdragon 410. Other than that the specs remain much the same, with the 8-inch display with a 1280 x 800 resolution and 1.5 GB of RAM running the show. So too, is Android 4.4.4 KitKat listed, which is a shame as we'd expect to see new devices launch with Lollipop at this point. We're not sure if this is actually going to become a Galaxy Tab 5 model or just a refresh of the already existing Galaxy Tab 4, it'd certainly be out of character for Samsung to refresh a budget-minded tablet like this. Hopefully, we won't have to wait much longer to see what Samsung have in mind for their tablets. 64-bit processors are going to be a big deal this year at all levels, even budget offerings like the Snapdragon 410 as Android 5.0 is designed to make the most of the new instruction set and should help devices stay current for longer.

We're expecting the Korean giant to announce quite a bit next month during Mobile World Congress, especially considering that they didn't have anything to show off during CES, at least where mobile is concerned. What are you looking forward to seeing from Samsung? Let us know in the comments below and don't forget about our Google+ page.