Skip to content
Trusted By Millions
Independent, Expert Android News You Can Trust, Since 2010
Publishing More Android Than Anyone Else
0
Today
165
This Week
771
This Month
8062
This Year
125548
All Time 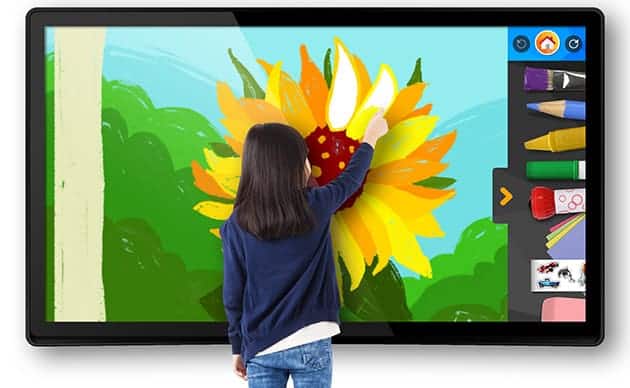 CES is really a wondrous event for tech fans. There’s a little bit of everything roaming the conference centers and hotel rooms of Las Vegas this week. We’ve seen a Kodak-branded smartphone, a Panasonic Android phone actually heading to the US and a whole bunch of accessories like speakers and headphones. One thing we didn’t see much of was Android tablets. While folks like Alcatel Onetouch had two new POP tablets to show off, there was nothing from the big names like Samsung and Sony. That’s okay though, because Fuhu and their Nabi brand are happy to provide ‘big’ when it comes to “tablets”, but not in the same way.

At CES 2015, Nabi’s Big Tab lineup has grown to even more massive sizes than last year’s 24-inch model and will be available in 43, 55 and 65-inch models. In those sort of sizes, we’re wondering why Nabi haven’t gone the whole way and just named these “Smart TV’s”, but then again that’s a buzzword that doesn’t really apply here. Instead, these are basically gigantic touchscreens that run Android. They connect to Google Play for movies and TV shows and we’re hoping that also means full Google Play support for things like Netflix for kids entertainment.

You’re probably thinking that this sort of thing is ridiculous, and for a lot of people it probably will be. However, Nabi have put together around 20 multiplayer games for up to four little ones to play together on the screen at the same time and Nabi is positioning these as displays for the living room, a child’s bedroom or the kitchen. While they’re manufactured by LG, and can function as a TV there is no built-in tuner, but Nabi is keen to push family-orientated content with apps for sports fans, cooking enthusiasts and more. They’re not going to be cheap however, while the 43-inch 1080p model costs $699, the massive 65-inch 4K UHD model costs a dizzying $3,999. The new Big Tabs will be available starting Q2 of this year.