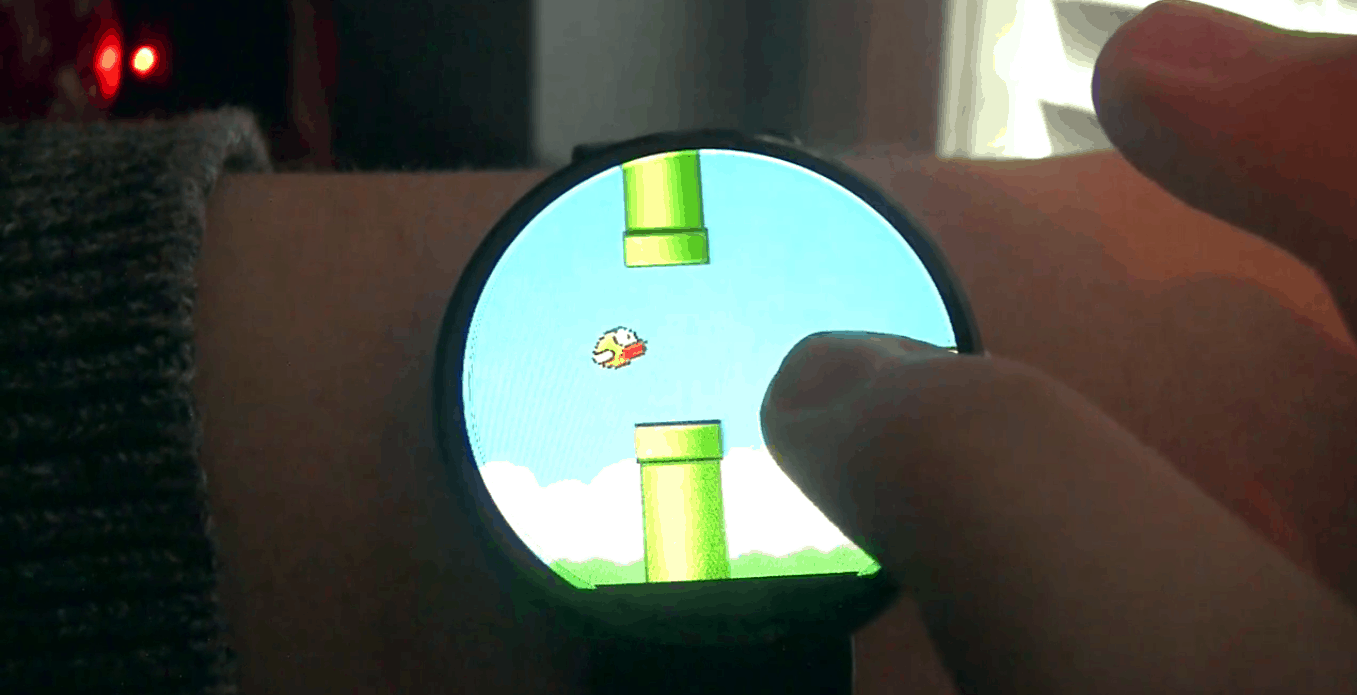 The name “Flappy Bird” brings out rage in some of you, I’m sure. This game was incredibly popular for a period of time on Android and iOS, so popular that the developer decided to remove it from the Play Store considering he got so popular, people started sending him all sorts of threats and what not. Anyhow, Flappy Bird is an incredibly simple, and yet so frustrating game which I’m sure most of you have played or at least seen someone play. This game is now available on Android Wear thanks to Corbin Davenport, a rather well known developer… and no, Flappy Bird wasn’t available on Android Wear prior to this, you’re probably thinking of Flopsy Bird, which is a Flappy Bird’s clone.

Anyhow, mr. Davenport managed to get under the spotlight in the past thanks to his odd Android Wear ports. He successfully ported Windows 95, Pokemon and Temple Run 2 onto the Android Wear hardware. This time around he had a relatively easier task, especially compared to the Windows 95 OS. There’s an embedded YouTube video located below this article in which you can see how the game runs on the Moto 360. The score is cut off, along with some tubes which are located up high, but the game runs great. For those of you who like to punish yourself and try out this game on an incredibly small screen, you can get the .APK by clicking here and sideload it to your device.

I’m ashamed to admit it, but I was also amongst those who played this game, and I have to say I was really good at it. This doesn’t mean the game didn’t frustrate me, because it has, but it was fun as well. I can’t believe this game got so much publicity though and caused so many negative feeling, but… it happened. I’m done with Flappy Bird though and I don’t intend on punishing myself all over again, especially not on my smartwatch, I tried it out and that’s enough as far as I’m concerned. I’m sure there are those of you who would love to play it though, so if you’re interested, just click on the link provided in the previous paragraph, sideload it, and play away.