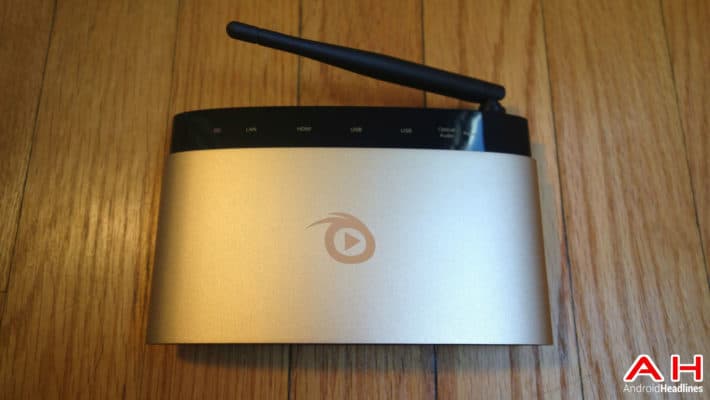 VidOn is throwing their hat into the proverbial ring of Android media center devices. The VidOn Box has good specs, multiple USB ports, WiFi, and it's running Android 4.4. KitKat. The company is working on their own interface that is still in beta, and they have also taken XBMC and stuck it on the hardware. There's even support for full Blu-Ray menus and tons of video file formats, including ISO playback. This box has some strong points, but there are a lot of options when it comes to media streaming and Android media boxes. How does the VidOn Box stack up to the competition? 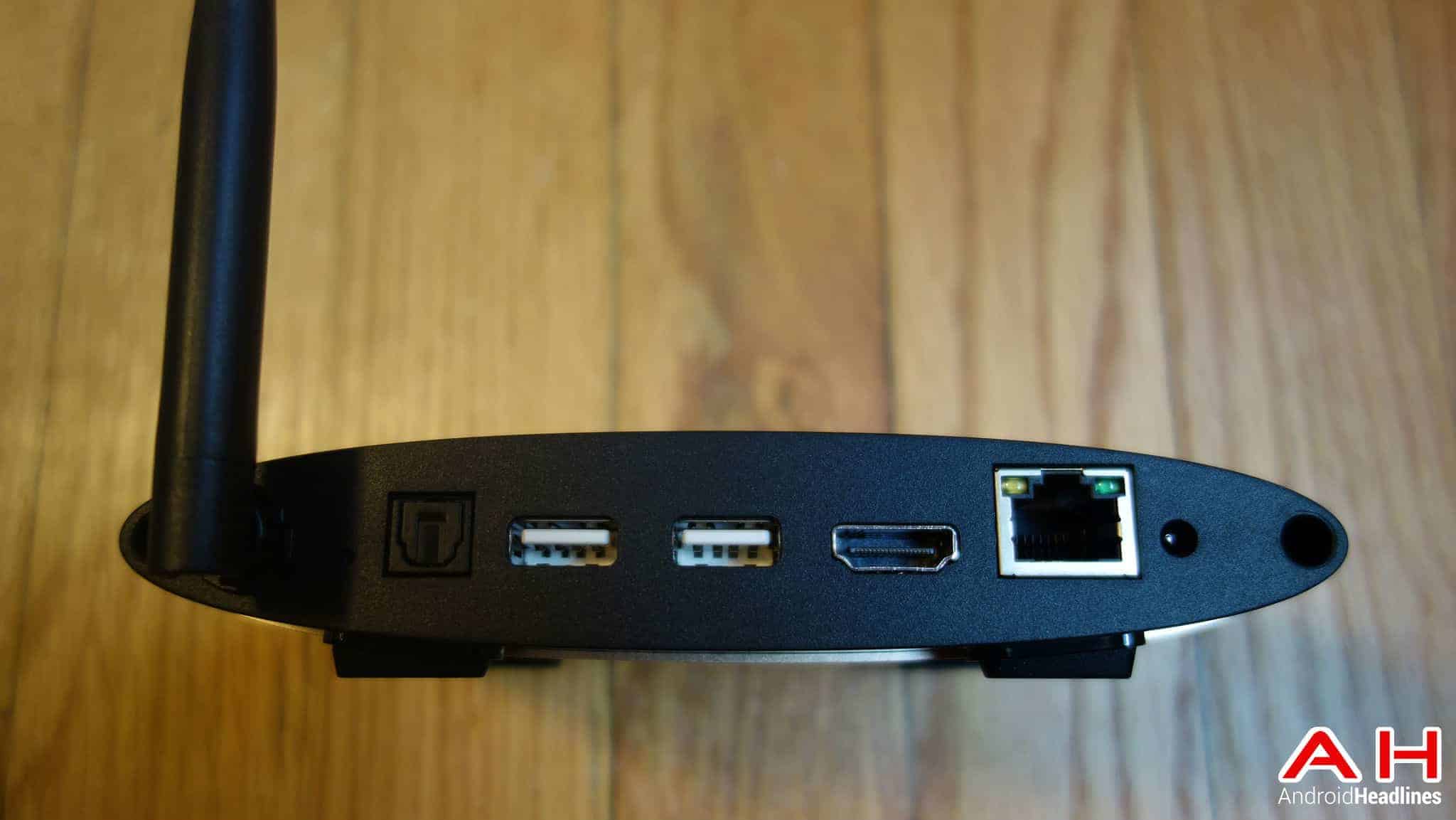 The outer shell of the Vidon Box is gold, with the white VidOn logo on the top. The box looks kind of like a router, with the antenna coming up off of the back. The shell is made of aluminum. The front and back are black. The front of the box doesn't have any markings, but houses the IR sensor for the remote. The back of the box has one HDMI port, an Ethernet port, 2 USB ports, an Optical Audio port, and the charging port. Having two USB ports is handy because the VidOn Box supports local media playback. I plugged up my 1TB external HDD and played music and video right off of it. The single HDMI port is sufficient, but VidOn does not provide an HDMI cable for you to use. You'll need to pick one up separately.

This media box is running on a Cortex A7 quad-core CPU with a PowerVR SGX544MP2 8-core GPU. It has 1GB of RAM and 8GB of internal storage. Storage is expandable using an external USB device, like an external HDD or thumb drive. The hardware is sufficient for what you'll be using the VidOn Box for; mainly streaming video over the internet and from local storage. I didn't have any hiccups that could be attributed to the hardware. The box is small enough to fit in your entertainment center without an issue. You'll hardly notice it's there. You will want to make sure that the box is located somewhere towards the front of your entertainment center, though. The remote needs to be able to see the front of the box because it communicates via infrared.

The remote resembles an Apple TV remote. It is tall and rectangular, with the Power button towards the top and a ring directly underneath it. The ring has directional controls. You'll use these to navigate through menus, play and pause media, use the keyboard, and make most other operational selections. The ring has a Select button in the center. Underneath the ring are the Menu, Back, and Home buttons that you need to navigate Android. The VidOn Box is running Android 4.4 KitKat, and while it's slightly tweaked due to the nature of the interface and not having a touch screen, these three buttons work the same way they do on your phone. Below that we have dedicated Volume buttons.

The remote was my least favorite thing about the VidOn Box for two reasons. First, and most importantly, it just doesn't work that well. Missing button presses seemed to happen too frequently. I think the culprit is that the IR receiver on the front of the box is too small. You have to be almost directly in front of the box to use the remote. If you are off to the side or sitting below the edge of the box, it doesn't pick up the IR signal very well at all. You will miss clicks and have to get out of your seat to position yourself in front of the VidOn Box in order to use the remote. It's no fun. The second thing that frustrated me is not specific to this piece of equipment. It's that Android is designed to be used on a touchscreen device, not a TV-and-remote setup. When you limit Android to a small remote with buttons, the experience isn't a good one. It's clunky using the directional pad and hardware buttons to make your way around an Android interface. Using the remote to type something on the keyboard is particularly frustrating. 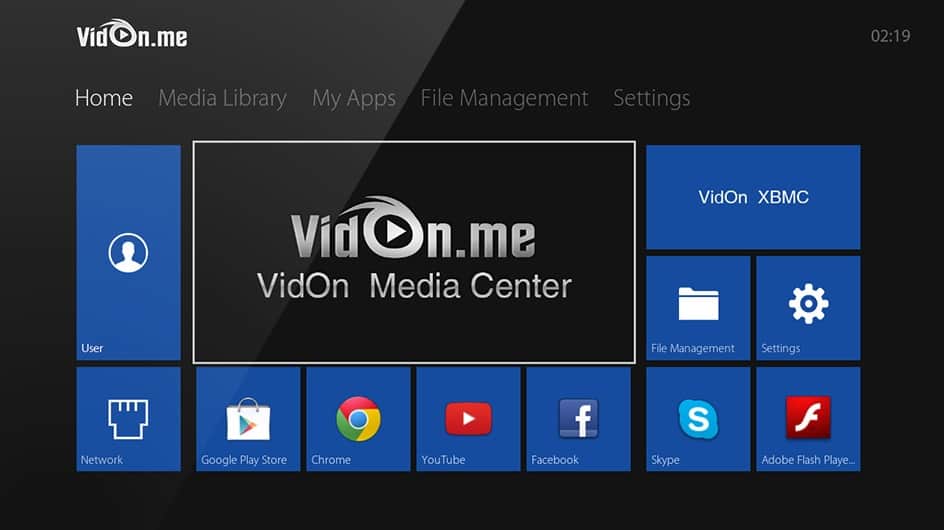 The VidOn Box has two UI options. VidOn has created their own UI called VidOn Media Center, which is still in beta. It's been in beta for a while. My box has received several updates in the month I've been using it. The VidOn UI is basic and it reminds me of a simplified Google TV interface. I hope that as the company works on their software, this improves.  Each app icon is in its own square and is easily accessible. There's not much else to it. It will do what you want it to, but XBMC works much better.

If you have ever used XBMC, you know what you'll find with it here. You can access all of the streaming features that the media center offers, and you can watch your own video over your local network using an uPNP server. You have the option to set the VidOn Box to boot directly into XBMC, which is exactly what I did. I'd recommend you do the same. XBMC has a ton of add-ons to like YouTube, sports, and gaming channels, giving you access to a whole lot of content that way. Add to that the Blu-Ray support that VidOn offers, and it's a very well-rounded media player.

VidOn offers an annual subscription that can unlock a couple of features. With the subscription you get an upgraded VidOn XBMC Pro app that unlocks an additional Blu-Ray menu feature. This will let you access and use Blu-Ray menus just the same as you would on the Blu-Ray disk itself. It's something that I have not found on any other media players that offer this feature. The annual subscription also includes OTA updates for the box. Without a subscription, you'll have to download and install updates manually. This alone makes the $15 per year worth it, as the company is still developing their software for this media streamer. VidOn says that they'll be adding additional features that will only be available to Pro subscribers in the future. You don't have to sign up for the Pro service in order to use the VidOn Box, but the company gives you a free year with the purchase of the device. 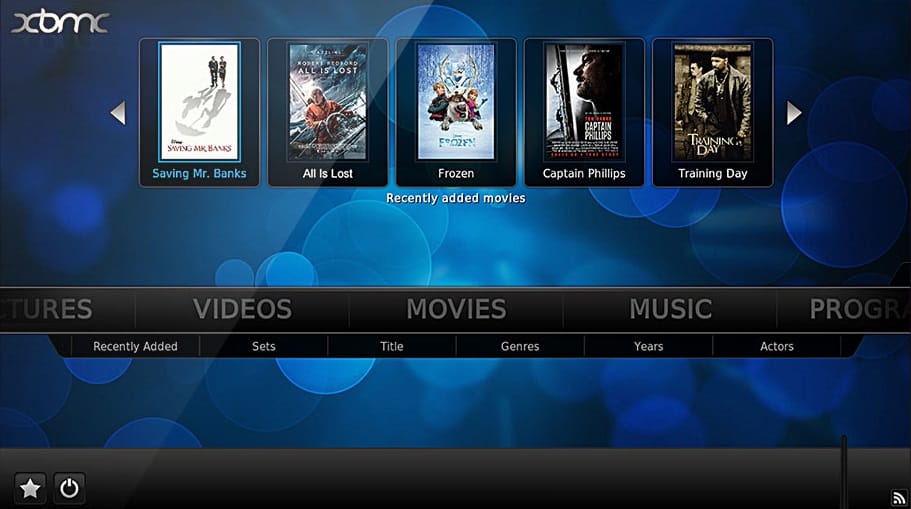 Setting up the box is easy. There's an instruction book, but really all you have to do is plug in the power and turn it on. You will be prompted to select your WiFi network and enter your password, if you're using WiFi like I was. When I connected the box to the internet I was immediately prompted to download and install a software update. I know the VidOn team is still working on the software, but this makes for a poor user experience. After the update installed itself, I had to select my WiFi network and enter my password again. Then I had to create a VidOn account and enter the code to get my free year of VidOn Pro. The remote was acting wonky and I was frustrated before I really got going.

Once I got through the initial setup things were much smoother. The VidOn interface is basic, but works much like a Google TV box. It is running Android 4.4, but this doesn't add much extra to the experience on your television. What you'll want to do is use XBMC. Once I loaded up XBMC, everything was fine. Playing video was smooth and it was simple to access additional content from the channels available. The VidOn Box supports an impressive array of file formats including MP4, MKV, VOB, AVI, and even ISO files. The last one, ISO, was a big deal for me. I have loads of questionably obtained movies in ISO format on my external HDD. I was able to access and play these files without having to convert them or burn them to DVD. This is one of the biggest strengths of the VidOn Box. You can play virtually any file format, eliminating the need to convert files to a compatible format. 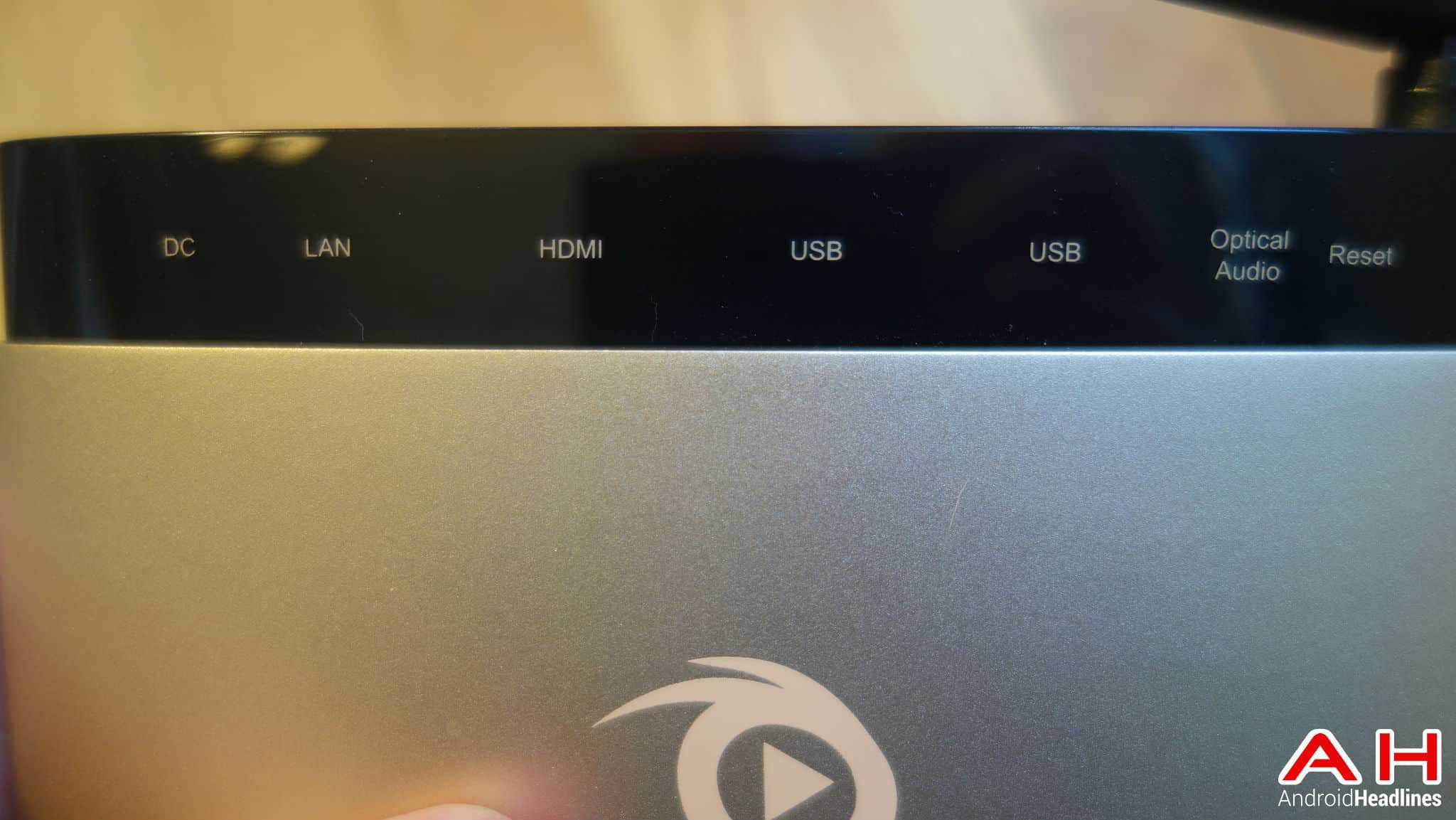 The VidOn Box is only $69, and at that price point it's compelling. VidOn gives you a year of their Pro service as well, which adds another $15 to the value you get. They will even ship it to you for free. The box will play almost every file format that I can think of, including ISO. The support for Blu-Ray menus is great as well. On the other hand, the remote doesn't work well and the VidOn interface is not finished. As an XBMC device that can play tons of file formats, it's a good media device. I wouldn't use it for Netflix or YouTube, or use the built-in browser or any of the other Android 4.4 apps because they are clunky and not designed for this interface. If you just want to get Netflix or YouTube on your TV, you are better off with a Chromecast. If you want an XBMC box that doesn't require much set up, the VidOn Box is a good option. You can find more information on VidOn's website.