Sony isn’t particularly new to smartwatches, which is why this is the known as the Smartwatch 3 from Sony. They have done two smartwatches prior to this, but they weren’t running Android. In fact, they were running Sony’s own OS which was made to look like Android running on a Sony smartphone. When Android Wear was announced earlier this year, Sony said they’d stick with their own software and not jump to Android Wear. But at IFA in September, they announced the Smartwatch 3 with Android Wear. Which made a lot of us Sony fans ecstatic. Even though it’s not the best looking watch out right now. You could say the best looking ones include the Moto 360, and ASUS Zenwatch.

Spec wise, the Sony Smartwatch 3 is almost exactly the same as every other smartwatch out there. So in this review, we’ll be focusing more on the software (even though that’s mostly the same, but it is running Android Wear 5.0 now), as well as the build quality the beauty of this smartwatch. It won’t be a super long review, so let’s get this one going.

Editor’s Note: We’ve been using the Sony Smartwatch 3 for about 2 and a half weeks now. It’s been paired to the Motorola Moto X (2014), the Meizu MX4 and the Google Nexus 6. So this review will reflect that. 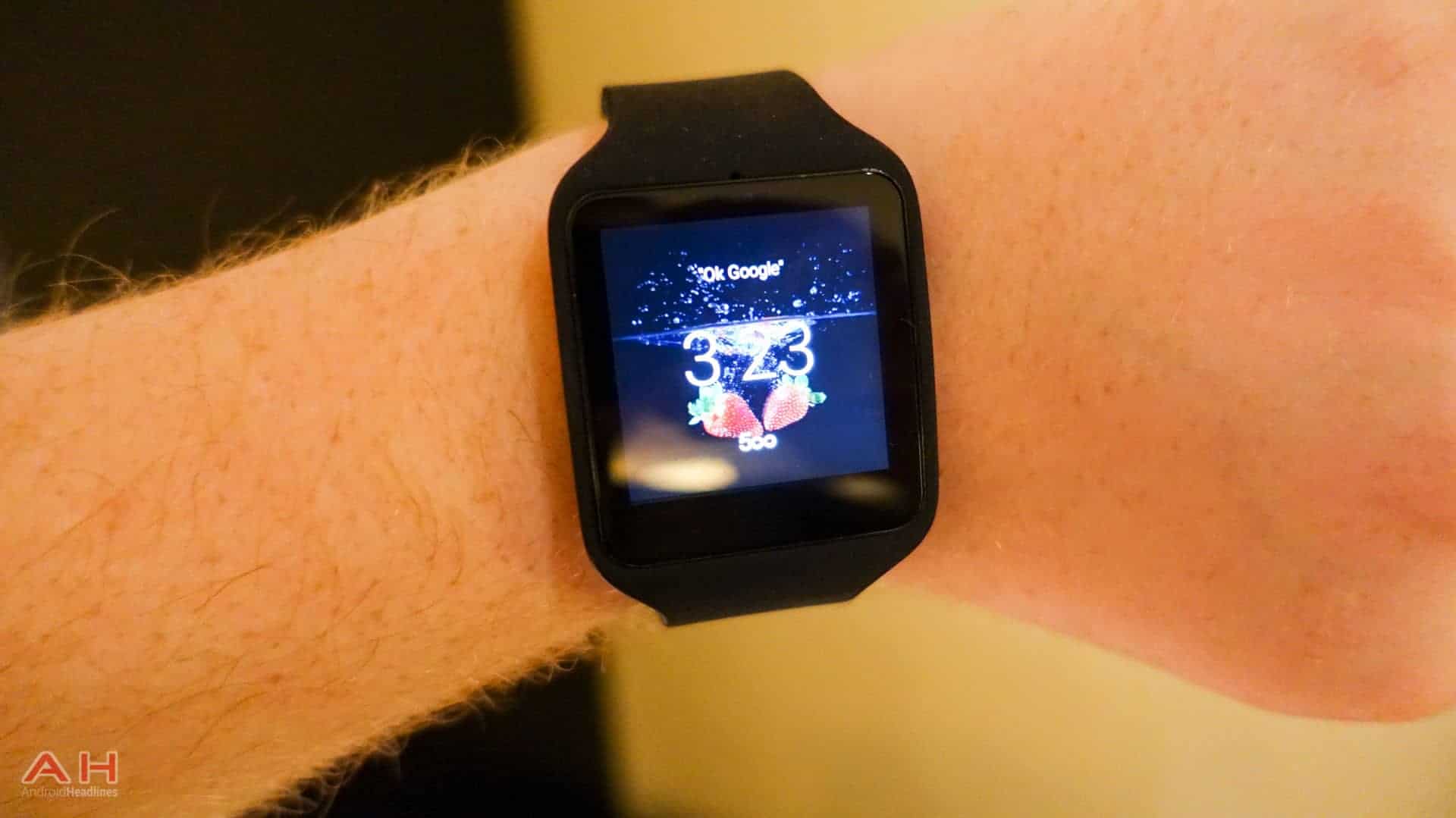 Even though the specs are identical, we’re still going to include them in the review. The Sony Smartwatch 3 has a quad-core 1.2GHz processor, yes it’s the same Qualcomm Snapdragon 400 processor as the LG G Watch, G Watch R, Samsung Gear Live, and ASUS Zenwatch. There’s also a 320×320 transreflective display that measures about 1.6-inches diagonally. 512MB of RAM, 4GB of storage, and a 420mAh battery. Which we’ll talk more about the battery life a bit later. The size of the watch is what a lot of people ask about, and I don’t think it’s too bad. Comparing to the LG G Watch, it’s about the same size, and it’s a bit smaller than the LG G Watch R. But that is kinda comparing apples and oranges there. 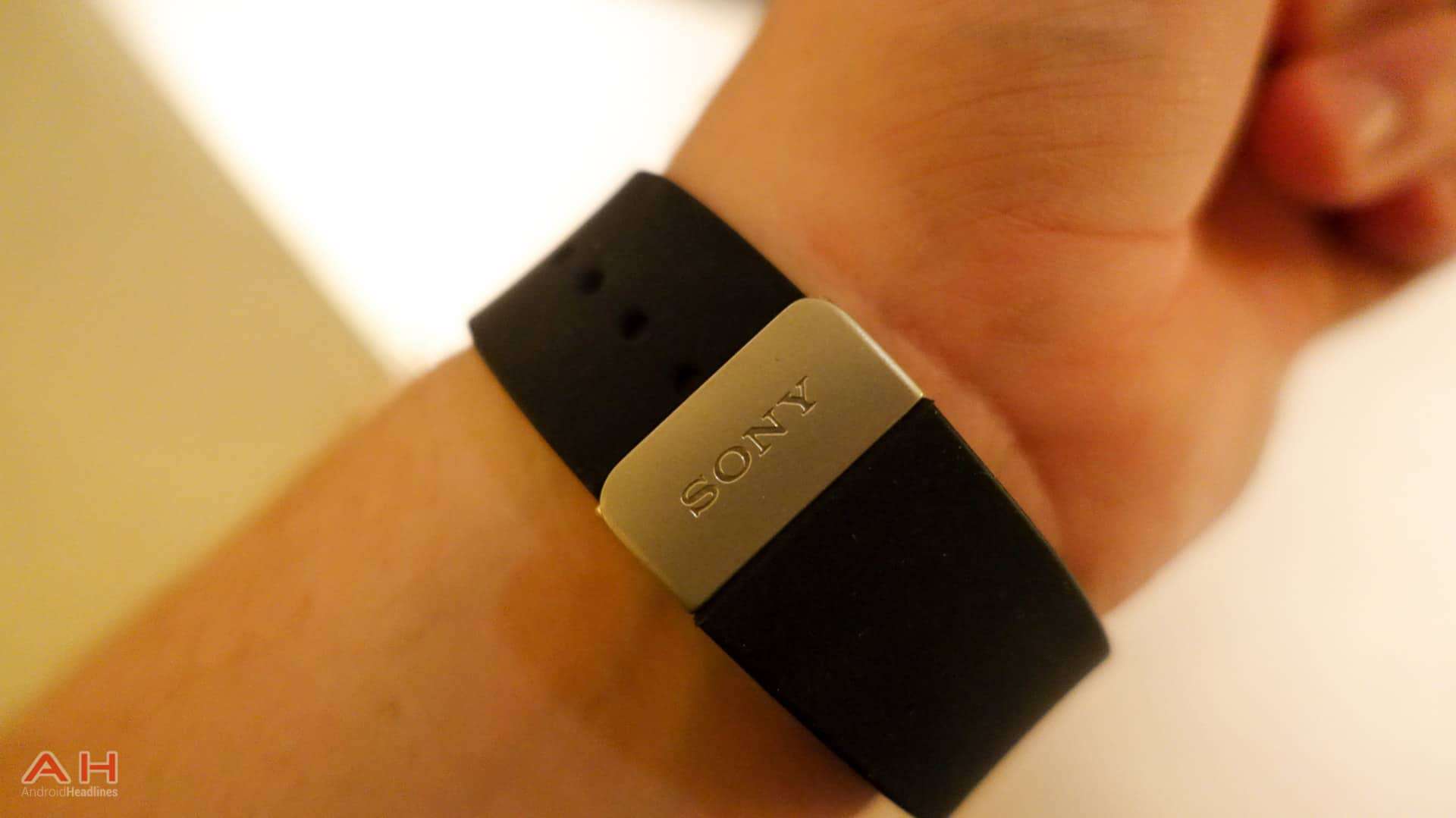 The first thing a lot of us thought when Sony announced the Smartwatch 3 was that it was ugly. Which in the press images, it does look pretty ugly. But in person, I think it looks better, but not as good as the LG G Watch R, Moto 360 or the ASUS Zenwatch. But what the Smartwatch 3 lacks in beauty, it makes up for in features. Along with all the standard Android Wear features, the Smartwatch 3 also has GPS and WiFi built in. Now I haven’t had a chance to use the GPS since it just got turned on in Android Wear 5.0, and I haven’t found any apps that uses the watch’s GPS instead of my phone’s GPS. But that is there. Which means you can go for a run with Runtastic and leave your phone at home. And if you have the Nexus 6, that’s a great thing. 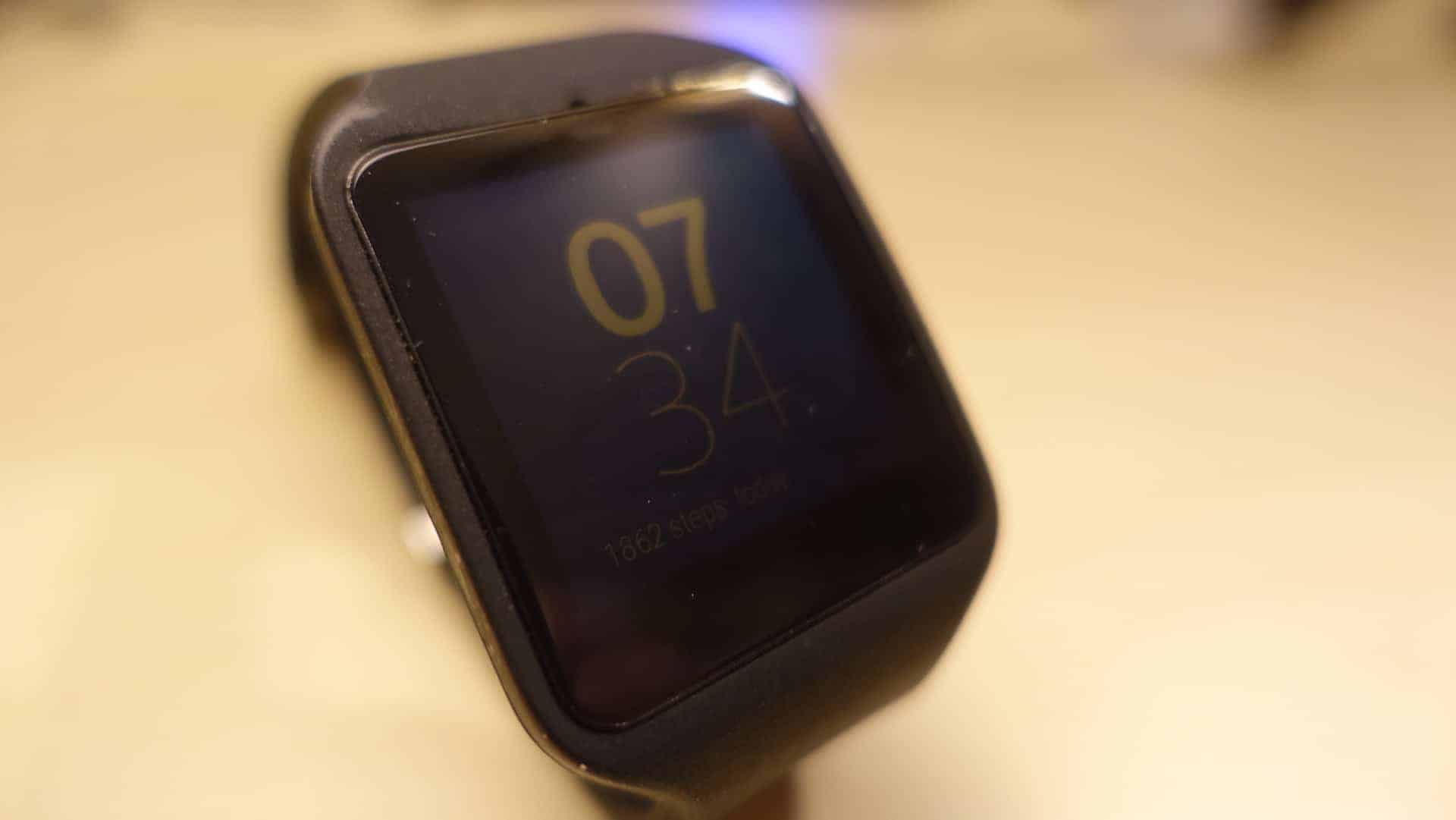 It’s hard to find something to not like about the Smartwatch 3 here, but there is one thing I want to complain about, and that’s the display. There’s actually two things with the display here. It looks a bit washed out to me, especially after coming from using the LG G Watch R and Moto 360 for the past 3-4 months. But compared to the LG G Watch, it’s not too bad. So I could probably let it go. My other complaint is the “Always-On Display”. While it is actually always on, you can’t always see it. It goes into a sort of e-paper mode. Where it’s very, very dim, and almost unviewable when not indoors. For me, that makes the feature useless. I wasn’t able to find any type of setting to change that either, so I’m thinking that might be by design, and probably to save a bit more battery life. 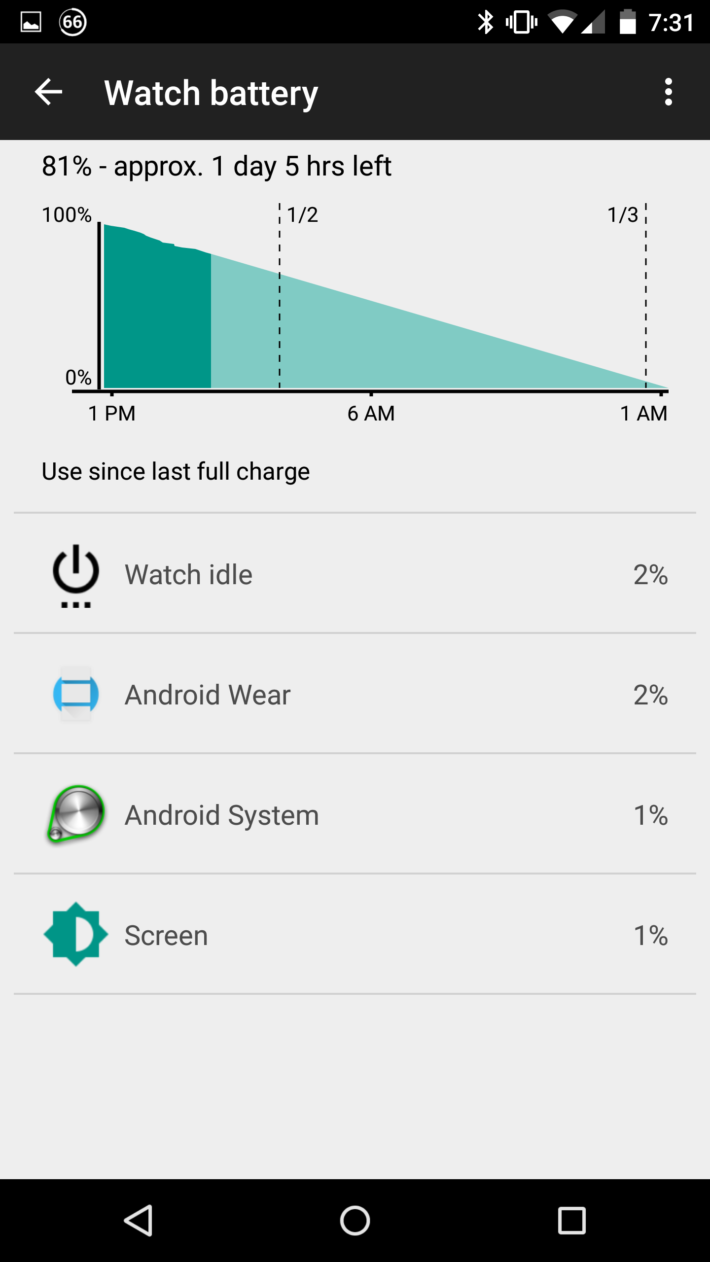 Speaking of battery life, it’s pretty darn good. Typically, I take it off the charger around 9-9:30am, and use it all day long with hundreds of notifications, messages, and emails coming in all day long, and set it on the charger at around 12-midnight. Usually when I set it down to charge, it has about 60% left. Now I did use the Smartwatch 3 when I flew to Beijing last week. It was off the charger for 17 hours, and under some pretty heavy use, and did not die, it had about 15% left when I got to my hotel. Although I was unable to get a screenshot of that battery life. You can typically get just shy of two full days of battery out of the Smartwatch 3, which is pretty good, but I’d rather get through two full days and have a little bit of juice left, in case you use your watch heavier one day over the other.

This is something we talk about with just about every smartwatch that comes across our desk, and that’s the charging mechanism. I still think Motorola hit it on the head with the wireless charging they put in the Moto 360. While LG and Samsung both use cradles. Sony has a micro USB port on the back of the watch. And in typical sony fashion, there is a flap there, which is a bit difficult to get too. I usually end up taking the watch out of the strap and plugging it up to charge.

So it’s clear that OEMs aren’t too sure yet what the best way to charge these smartwatches are yet. But we’re getting closer, I hope. 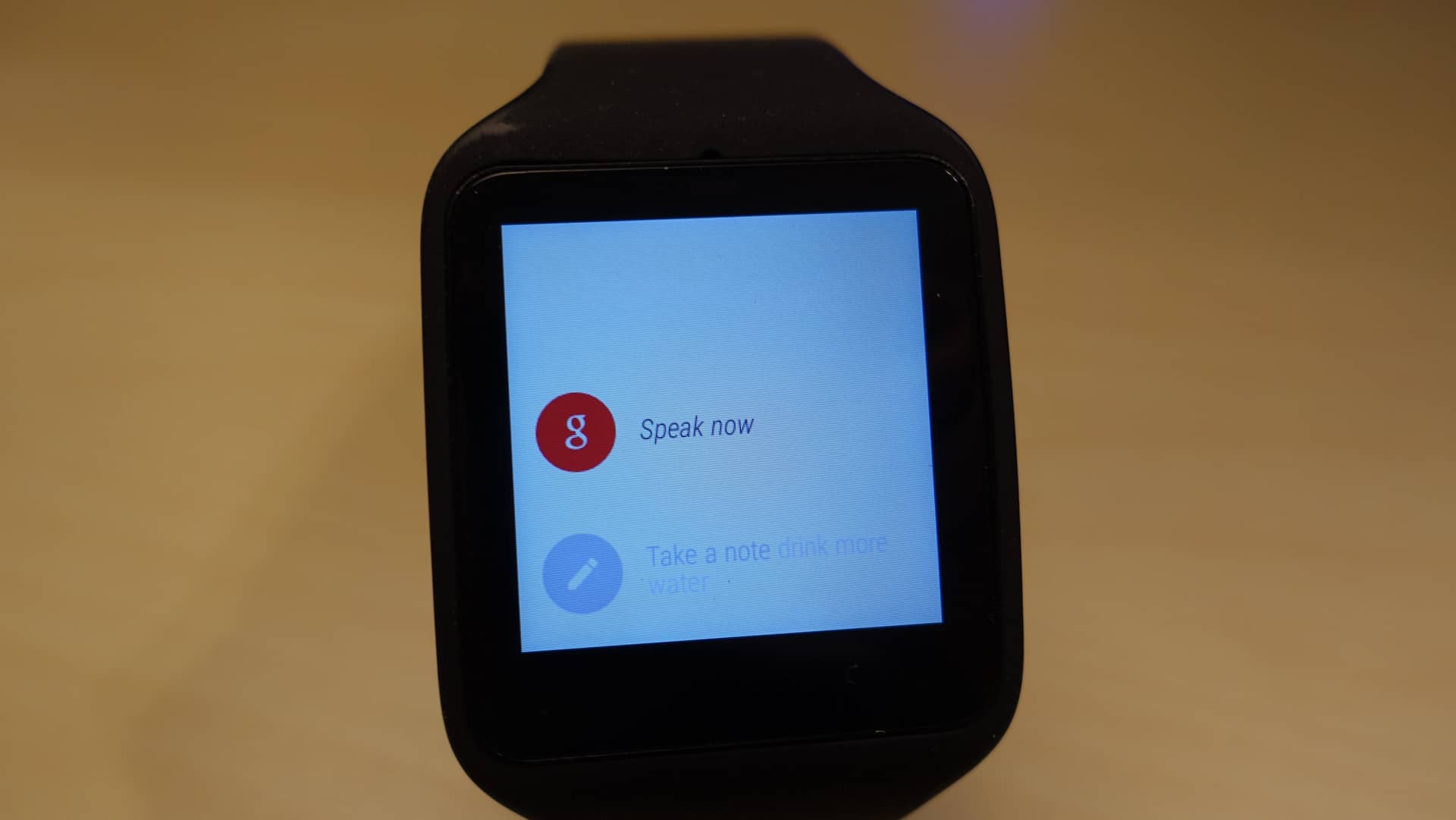 So this section will be a bit longer than normal. The last Android Wear review we did was on the LG G Watch R, which had Android 4.4W2 at the time. But now we have Android 5.0 on Wear, and it’s a pretty big update, so let’s get to it.

Starting with the Android Wear app on your phone, you are able to change watchfaces, as well as set default apps for different actions, At the very bottom is a button where you can view other Android Wear compatible apps in the Play Store. If you tap on the gear icon at the top, you can view the watch’s battery life, and it’s storage, as well as a few other settings as well. Which the battery life screen is a big update to me for Android Wear. It makes writing this review much easier as I can back up my battery life section with hardcore numbers. Using the overflow button you can pair a new wearable, disconnect or forget the Smartwatch 3, as well as view the demo cards and a tutorial of Android Wear. 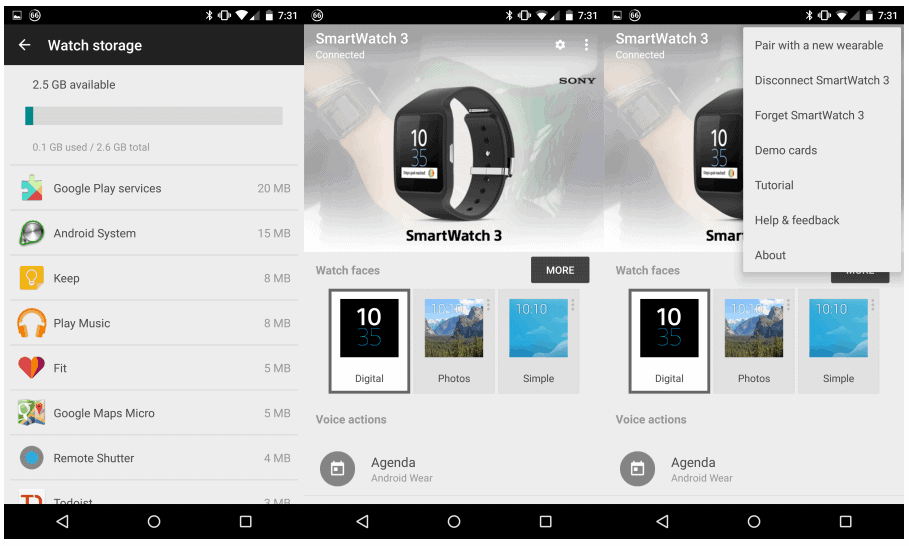 Now on the actual watch, if you pull down from the top, you can mute the notifications on your watch, Change it no interruptions or priority only. Now that’s only on Lollipop devices, on those prior to Lollipop, you can only mute the notifications. Swipe over and you can get to Theater Mode, which will turn down the display and mute notifications. It’s called Theater mode as it’s intended use is when you’re at the movies. As you don’t want that screen coming on in the middle of the movies. Swipe over again and you can jump into settings. 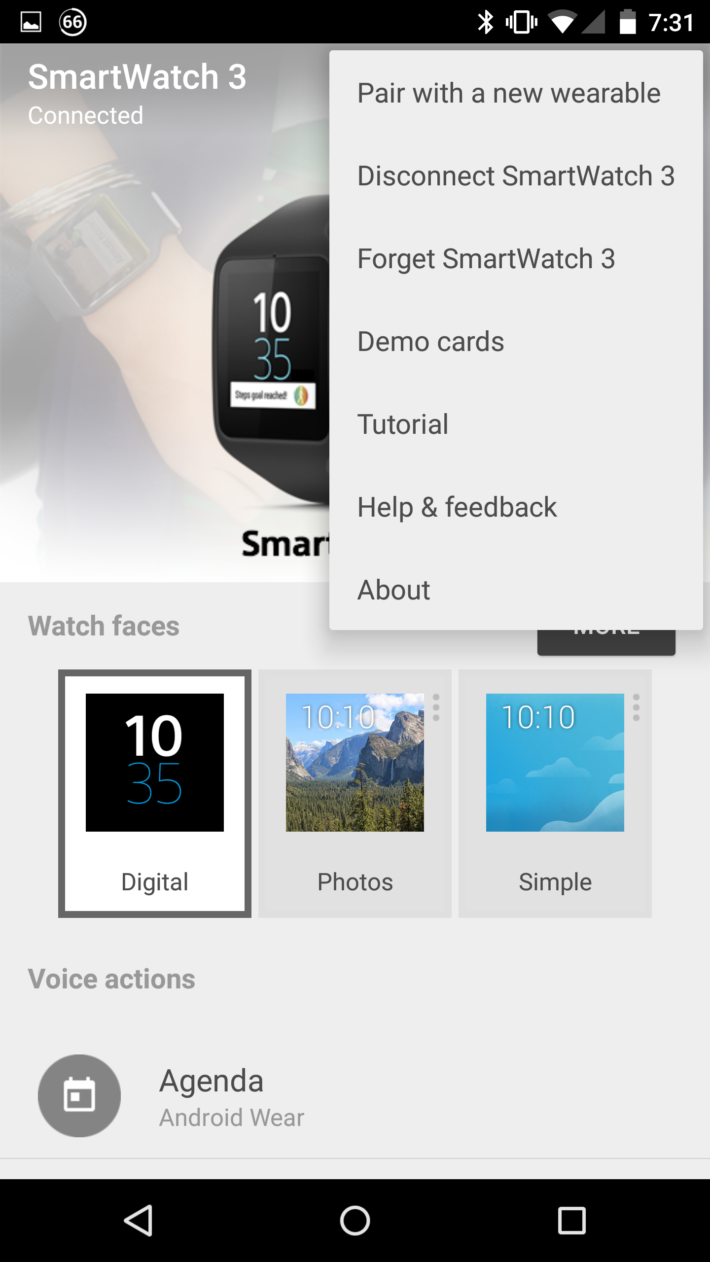 One thing that I did notice with the Smartwatch 3 running on Android Wear 5.0, is the fact that you are unable to take a screenshot through the Android Wear app. This is a bit puzzling. And it’s not the phone’s fault, as connecting both the LG G Watch and LG G Watch R allow you to get a screenshot, but not the Sony Smartwatch 3, as you can see in the screenshot above.

Other than that everything is basically, functionally, the same. There’s a few UI tweaks compared to 4.4W2 though. One other thing is the fact that you can bring back cards you dismissed. So when you swipe away a card, if you swipe back up, for about 5-10 seconds you can undo the dismissal and bring back that card. Which I think is a pretty important feature here. 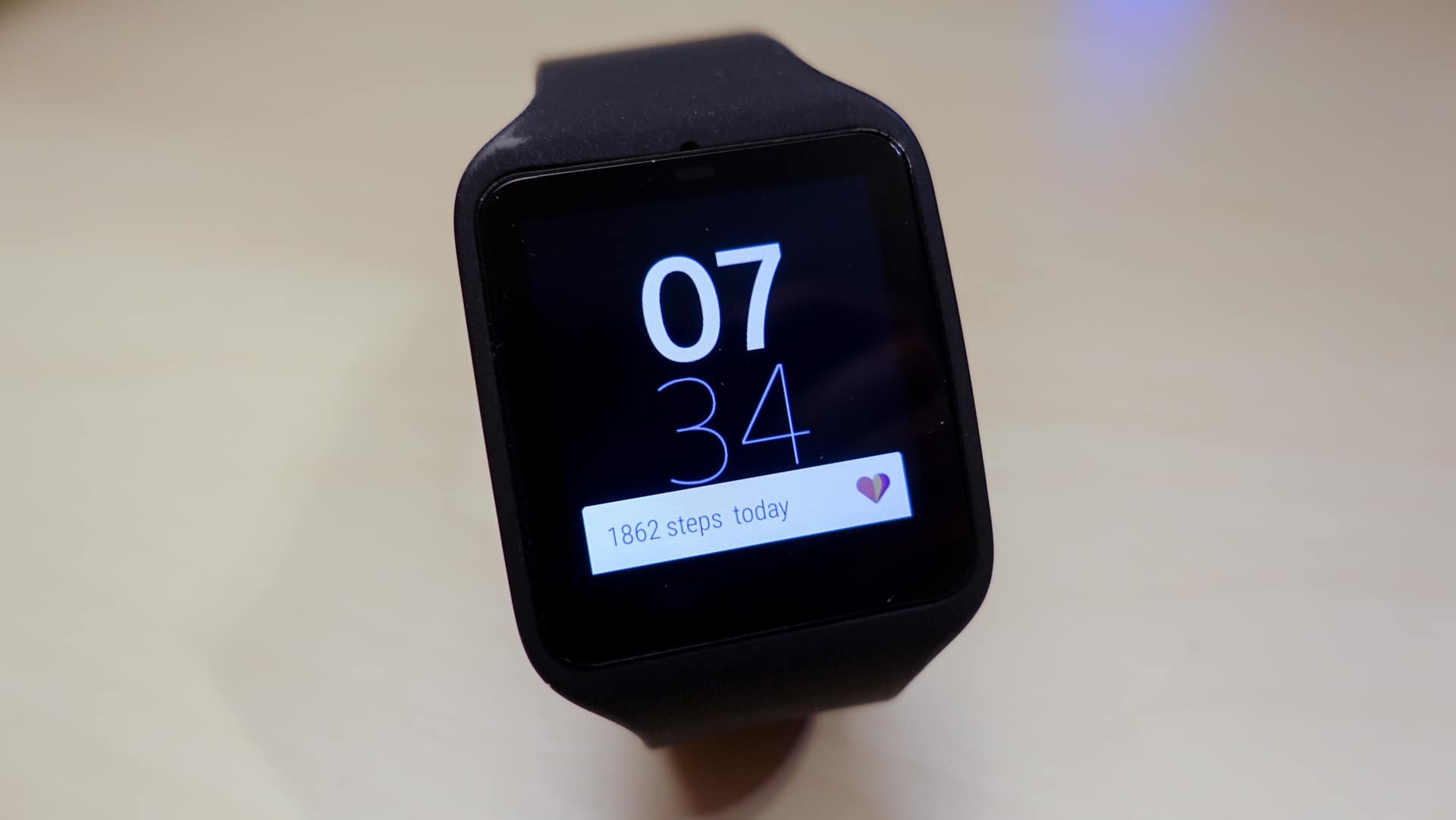 The Sony Smartwatch 3 is a great smartwatch, but is it the best smartwatch? I’m not even sure that exists, as everyone has their own tastes and likes/dislikes, etc. But if you are a Sony fan, then you’re probably going to like this watch. If you don’t like the silicon band, and want to change it, you may want to look elsewhere as you can only use Sony’s bands unfortunately. Hopefully that changes in the future with the Smartwatch 4 which we’ll probably see really soon. I did actually really like the Sony Smartwatch 3 after I got used to the square display, although I still prefer the circular display. I can’t wait to see what kind of smartwatches we get in 2015 though.