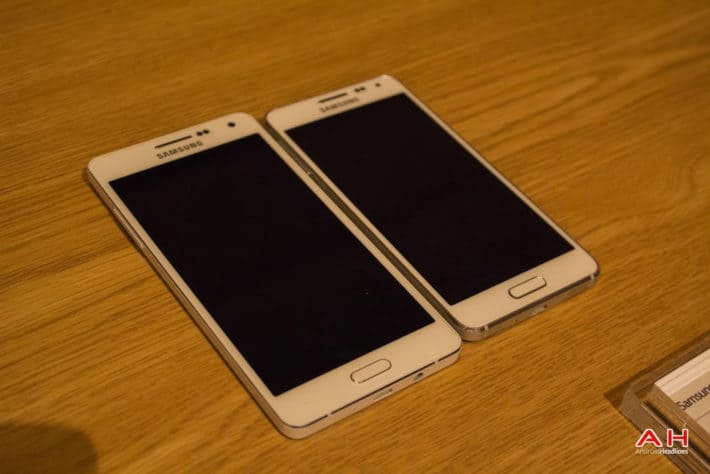 Samsung's Galaxy A3 and Galaxy A5 are continuations of what the company introduced with the Galaxy Alpha; mid-range specs placed into metallic cases designed to offer a more 'premium' Samsung experience to customers. We reviewed the Galaxy Alpha and found it to be a good-looking device, lamenting that it fell a little short where performance is concerned. The Galaxy A3 and Galaxy A5 are 4.5-inch and 5.0-inch devices that don't exactly scream high-end on the inside, but sure look it on the out. As of right now, the devices are only available for purchase in Asia, but this looks set to change as firmware for a number of European countries as appeared online.

SamMobile has found firmware for both the Galaxy A3 and Galaxy A5 designed for a number of European countries, and if you're interested they have the firmware available for download. What this means however, is that a European launch is on the cards and that it might not be too far away. While production issues are apparently to blame for their slow international rollout, we're sure Samsung is looking to launch this in some of their more successful markets throughout Europe sooner rather than later. Maybe we'll be hearing more about the Galaxy A line during next month's Mobile World Congress? With anticipation building surrounding the Galaxy S6, it would be nice to see Samsung launch some more devices to go with it.