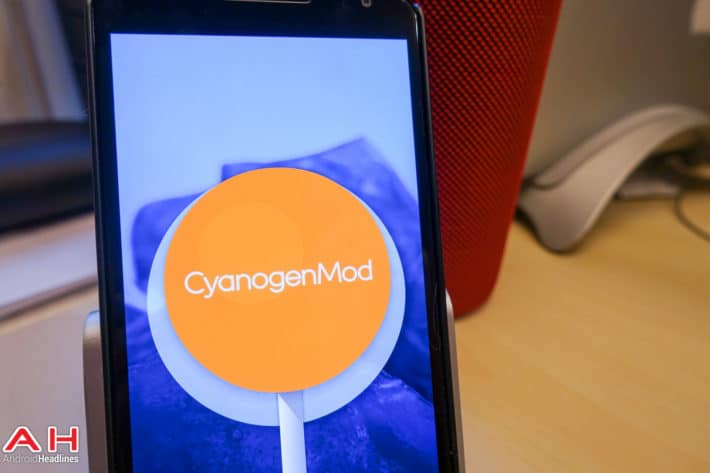 The team behind CyanogenMod has been cranking out custom version of Android for years, and the latest from Google, Android 5.0.x Lollipop, was no match for their devs. Thus, we now have the much anticipated CyanogenMod 12 Nightlies. Since it's early into the lifespan of the version, there has yet to be a milestone (those usually come every 28 to 30 days), so we will have Nightlies for a while. The term which CyanogenMod's team coined, literally meaning the next 'update' will come out the night before the day that it's for. This means that we as custom Android lovers get to get a software update every day, which is always a nice feeling. What does this have to do with anything though?  Sony's Xperia devices and their newly-added Nightlies.

Yes, Sony is one of the more AOSP-friendly manufacturers, and their devices, however popular, are always going to get some CM goodness. CyanogenMod 12 started pushing out Nightlies for some of the to-be-listed Sony phones and tablets a few days ago (around the 14th, to be specific), with the cycle of a new update per night / day following true to schedule. Ready to get the list of the Sony devices with CyanogenMod 12 downloads waiting for them? Good, then let's see the names. First, there's the expected Sony Xperia Z3 Tablet Compact, Wi-Fi only, codenamed and listed under scorpion_windy. The tablet should be more than powerful enough for Lollipop and CM's theme engine. Then, from the Z2 family, there's the Xperia Z2 tablet, normal and Wi-Fi only variants, codenamed castor and castor_windy respectively, which should also be great for Lollipop and CM, as well as the Z2 itself, codenamed sirius.

Then, we have some love for the Z1 family of devices, with the Xperia Z1 and the Z1 Compact getting Nightlies of Lollipop, codenamed honami and amami respectively.  And we even get some love for the original pre-numerated Z line, with the Xperia Z Ultra and Z Ultra Google Play Edition, togari and togari_gpe respectively. Lollipop should look great themed how you like with that big 6.44-inch display showing it off. And we come to the two final Sony devices, the Xperia T and the Xperia V, codenamed mint and tsubasa respectively. It's always great to see phones get support from the community, especially when they're not top-tier flagships. Have you tried out Cyanogen's latest custom Android iteration, or have you been holding out for your device(s), favorite themes, or the like to get the go-ahead before flashing away? If you've tried CM 12, what do you think of it so far? It's pretty bare-bones as of yet, but that'll change quickly once the theme engine and themes get optimized for Lollipop and Cyanogen get to put their famous customizations into it. Which device were or are you waiting on the latest CyanogenMod build for? If you gave up waiting for CyanogenMod 12, what Lollipop variant did you install in the meantime? Let us know down below.