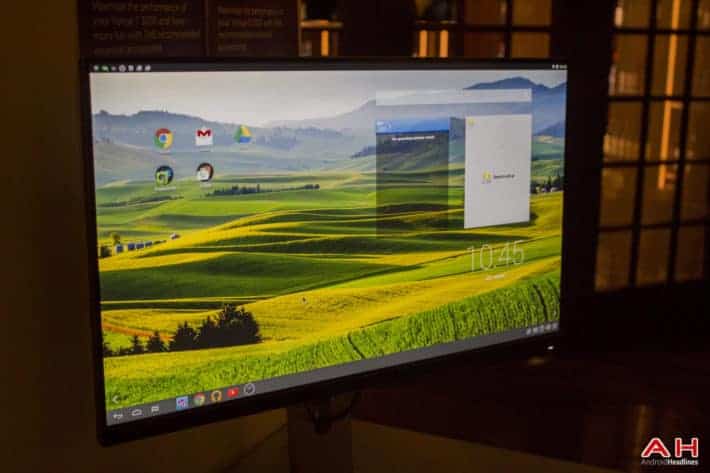 Lots of things happen on the show floor during CES and demonstrating products that have been out for a little while is one of them. Dell has their new Android tablet, the very attractive Venue 8 7000 on display, but when we took a look at their booth on the show floor, they were also showing off their Dell Cast as well. Now, the Dell Cast was something that the company launched last Fall, but this is the first time we've had chance to get a good look at it, and it's a pretty impressive device. Sure, the naming could be a lot better, but it sure fits the bill; it's made by Dell and it broadcasts info to another display.

Dell Cast is an interesting product because unlike the Chromecast it's not designed to work with every Android smartphone or tablet on the planet. Instead, it only works with certain Dell Android tablets, but there is word that it could be reaching other Android devices later this year. This exclusivity however, allows Dell to do more with the Cast feature. The dongle itself is an HDMI dongle that has a full-size USB port on the bottom of it. Here, you can plug in a wireless keyboard and mouse combo to essentially turn your Android tablet into a fullblown PC. Dell have even tweaked the UI to make it feel more like something you'd find on your desk as well. There are landing pages and such on offer here as well, and you can choose between the "Productivity Mode" or just a straight mirroring of your Android device.

Dell is hoping that this sort of thing is going to appeal to users in the office and we're sure many businesses could find a use for something like this. Take a look at the gallery below and let us know what you think.