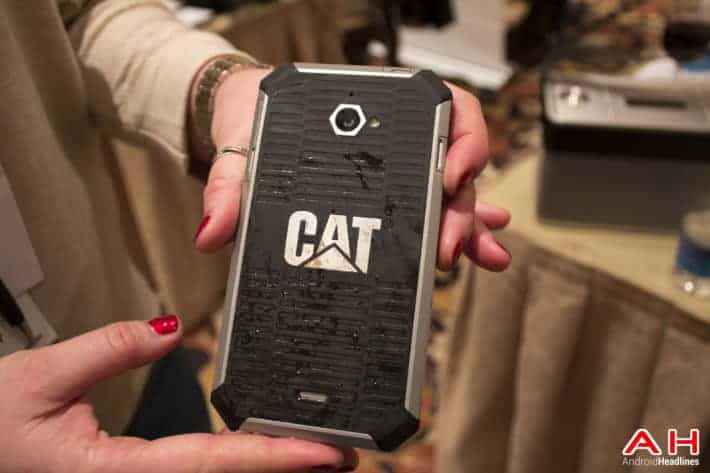 The great thing about CES is we get to see a lot of smartphones and devices and not just the flavour of the day. For those of you with a good memory, you might remember a few months back (October actually) we introduced you to a real tough phone. Now some smartphones might think they are tough, boasting their Gorilla Glass and their Snapdragons, but drop them and you will see how lacking in toughness they really are.

You see, unlike the smartphone we introduced you to back in October which was a CAT phone, this one really is a tough smartphone. In fact, it is so tough it does not come with any of those crazy names like 'One', 'Edge', 'Galaxy' or otherwise. The B15Q is simply a phone designed to be tough and to withstand tough conditions. As you can see in the images, this is not a phone that looks pretty in the conventional sense, but that said, its beauty cannot be denied with reinforced rugged protection throughout.

In terms of the specs, the B15Q comes with a 4" display. Inside the B15Q offers a 1GB RAM and a MediaTek Quad-core processor. For cameras, there is a 5MP rear camera and a VGA on the front. The B15Q comes running on Android 4.4 (KitKat). As well as the normal specs we have just covered, this bad boy is dustproof, waterproof and even drop-proof from up to 1.8m. The protection on the phone comes from its silver anodized aluminum body coupled with its toughened casing and Gorillas Glass screen. If you are interested in a real hardcore phone then look no further. You can pick up the B15Q for $359. Bargain!