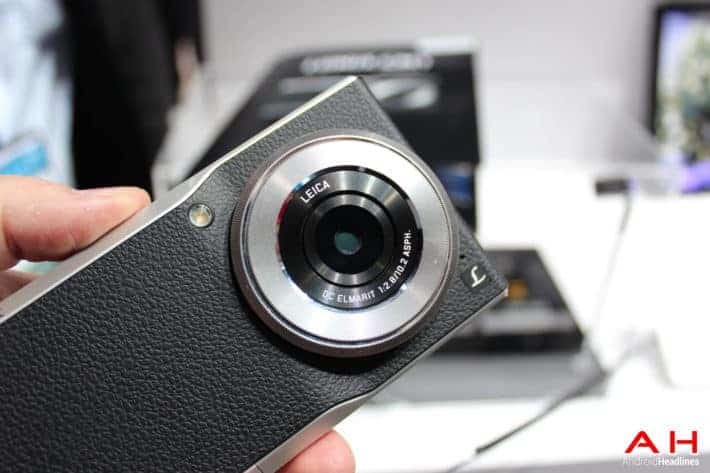 When you think of smartphones, Panasonic is not often the first name that springs to mind. However, when you think of cameras, they are often up there with the best of them. That's why it was a bit of a surprise when Panasonic launched a smartphone at the Photokina photography event back in September of last year. That said, the Lumix CM1 has attracted quite a bit of attention. The smartphone is a proper smartphone and comes with some specs which are not too shabby including a 4.7" 1080p display. Inside, the CM1 offers 2GB RAM, 16GB internal storage, microSD card slot and also is powered by a Qualcomm Snapdragon processor. The CM1 also has a 2,600mAh battery and running on Android 4.4 (KitKat).

Of course, the biggest selling point of the Lumix CM1 (and not surprising as it was launched at a photography event) is the camera. This smartphone is extremely camera heavy (as you can see in the images) with a massive one inch sensor and a f/2.8 Leica Lens. The look and performance of this camera is far more in line with what you would expect from a high-end camera then a smartphone. This 20MP camera might be big in terms of size but does not actually look or feel too bad on the actual device meaning it does emulate the size of a smartphone rather well.

If you are thinking about picking up one of these then it is already available in a number of countries worldwide and was made available to the UK market from December. It was thought that the device would not land in the US, although yesterday Panasonic did confirm that the CM1 will be arriving in the US in the summer of 2015. However, if you are planning on picking one up when it lands in the US, you should be warned it comes with a deep $1000 price tag attached.