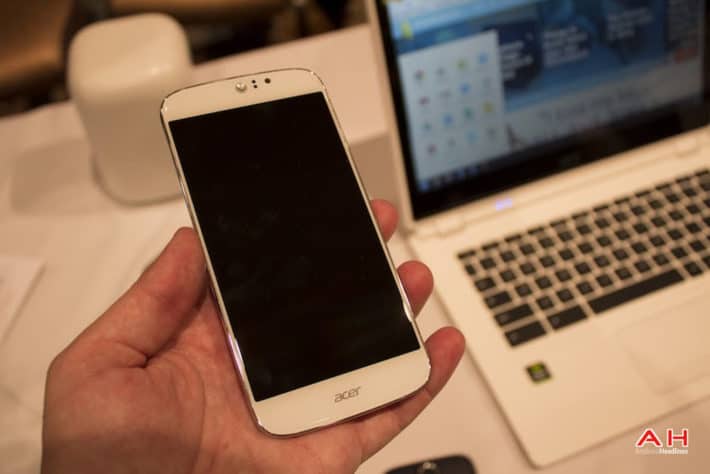 Acer had a few products to show us at CES 2015, including the Liquid Jade S and the Acer Chromebook 15, also among them was the new Acer Liquid Z410, an entry-level handset priced at â‚¬129. The device comes in two different colors, a black model and a white model, and they're sporting a 4.5-inch display with a 960 x 540 resolution. That isn't anything to be excited about if you're looking for the most powerful screen out there, but it certainly isn't bad for the price that Acer is asking. The Liquid Z410 also sports 1GB of RAM and 16GB of internal storage space, and is running a MediaTek quad-core 64-bit processor. It's LTE compatible and for the camera it's running a 5MP on the back with a 2MP front facing shooter, and it also features front facing speakers with DTS studio sound.