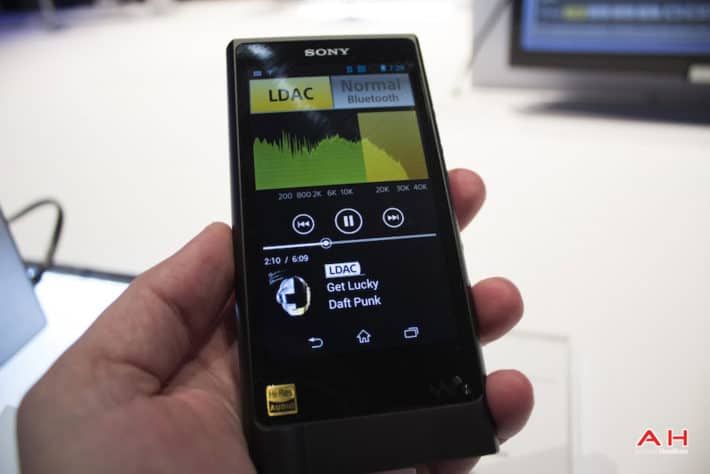 The Sony Walkman is synonymous for most people over the age of 21, having been a brand name that has literally helped pioneer the coming of age of portable music players and in many ways helped revolutionize the way we listen to music on the go. That is of course, for anyone that enjoyed music on the go before the age of the iPod. Sony's Walkman brand hasn't exactly been at the forefront of most people's minds when looking for or thinking about their next portable music player, but with the advancements in smartphone technology and the capabilities they have for local and streaming audio, many people haven't had a need to get to know the brand.  Sony is attempting to change all that with the Walkman ZX2, which is a device designed, and tailored for the audio enthusiast.

It's  serving up premium quality audio experiences put together in an almost equally premium design makeup, but all that premium comes at a premium price too, as the ZX2 is set to launch later this year at around $1,200. That's pretty steep compared to what you can get for the alternative, make no mistake though, Sony isn't targeting the everyday consumer looking for just any old portable music player. They are catering to the audio enthusiast, the person who cherishes the quality and sound of high-end audio and is willing to pay for it.

The ZX2 comes with 128GB of internal storage space, so it's entirely equipped to handle most people's complete music library. It also comes with a microSD card slot so you can expand on that storage if you need to, although that likely won't be the case for many people as 128GB of music is quite a lot. It also runs Android 4.2 Jelly Bean, which, is old we know, but at least Sony has breathed a little bit of new life into the older version of the OS by incorporating Google Cast for audio support. The key take away here should not be that it's running an older version of Android though, but that it is a device that can provide the best possible audio experience to anyone willing to fork out over a grand for the chance to listen to music on it. It supports a wide variety of audio formats including MP3, FLAC, Linear PCM, WAV, AIFF, and others, and all of the tunes you store in this bad boy can be navigated around and managed on a 4-inch FWVGA TRILUMINOS display. The battery life is somewhere between 35-60 hours depending on your choice of audio quality whether it be MP3 standard or FLAC(Hi-Res), but with the amount of devices out there today that allow for charging on the go battery shouldn't be too much of an issue. It's pricey, but the Sony Walkman ZX2 looks to be a decent offering for anyone who has the means to pick it up. Old Android version or not.