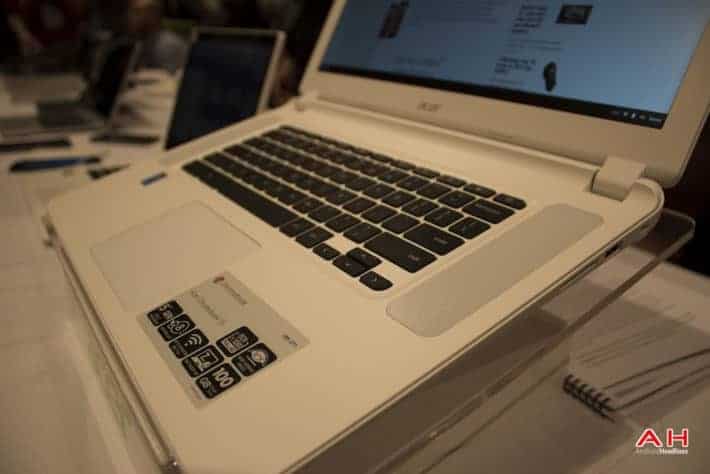 Acer recently officially announced their Chromebook 15 model for this year, the world's first 15-inch Chromebook offering from any brand on the market. Acer has been a huge player in the Chromebook space for the past year or two, coming out with multiple models. This new 15-inch Chromebook looks like it won't disappoint, coming in with specs like a 15.6-inch display sporting a resolution of 1080p, 4GB of RAM,(which comes on the highest end model)and it's powered by an Intel Core i3 processor. The 4GB RAM model comes with 32GB of storage space, although consumers can opt for the 16GB storage option with 2GB of RAM instead if they wish. Prices for the Acer Chromebook 15 start at just $249 which isn't too bad, especially compared to other offerings. You'll also get 100GB of Google Drive storage for 2 years, and these will be available "soon" according to Acer.