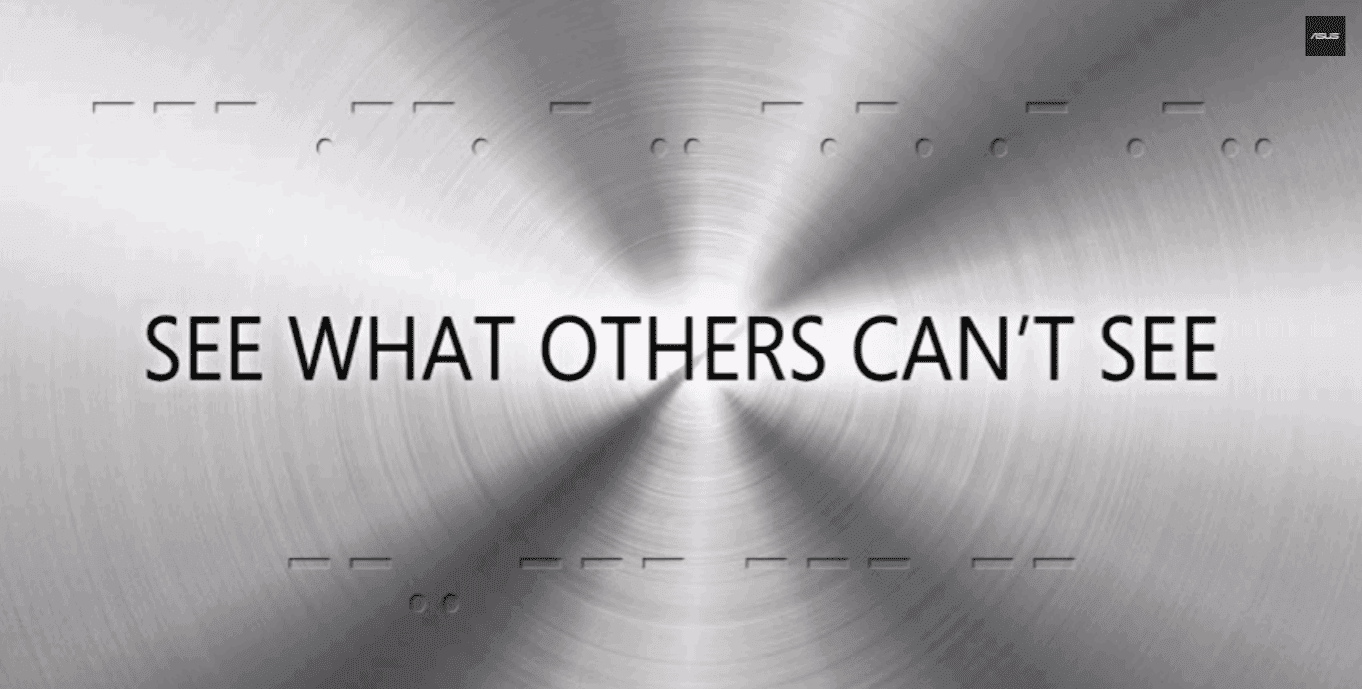 CES (Consumer Electronics Show) is just around the corner and many manufacturers have already announced that they'll participate at the show in Las Vegas. We know that Xiaomi, Meizu and Oppo won't participate at the show, but some other Chinese OEMs, like Asus, will definitely appear there. Talking about Asus, that company has just released a rather interesting teaser for CES at their official YouTube page, which is kind of a follow up for the teaser they released back in December.

If you take a look at the teaser video down below, or just take a quick glance at the image above this article, you'll see "See What Others Can't See" caption. That's not all though, you might notice something else in the image… yeah, that's morse code. Asus decided to include an additional message hidden by Morse code, well, it's not hidden if you know Morse code. Anyhow, once you decipher the code, you end up with "Optical Zoom" caption. Now, this is interesting, OIS (Optical Image Stabilization) is one thing, optical zoom however, something completely different. Samsung has released such phones in the past, the Galaxy S4 Zoom and Galaxy K, if you recall. That thing looked awful in my opinion, it was half a digital camera, half a phone, which I really didn't like, but I do know people who liked it. Anyhow, I had the chance to use the Galaxy S4 Zoom, and my conclusion was that I'd rather carry a camera with me, even though that thing took some nice pictures, but was completely unpractical due to its thickness and it looked… well, I didn't like it.

That being said, it seems like Asus is planning to release a similar device at CES. It remains to be seen what do they plan to unveil, although it will quite obviously be a smartphone sporting optical zoom capability, so I guess we can expect a rather thick phone. I hope they found a way to make it as thin as possible though, because I really wouldn't want to see yet another Galaxy S4 Zoom-like phone out on the market. What are your thoughts here, do you think Asus will unveil something worth admiring or will we see yet another half phone half camera device out in the market?

Trusted By Millions
Independent, Expert Android News You Can Trust, Since 2010
Publishing More Android Than Anyone Else
25
Today
160
This Week
652
This Month
3164
This Year
104643
All Time
Advertisement