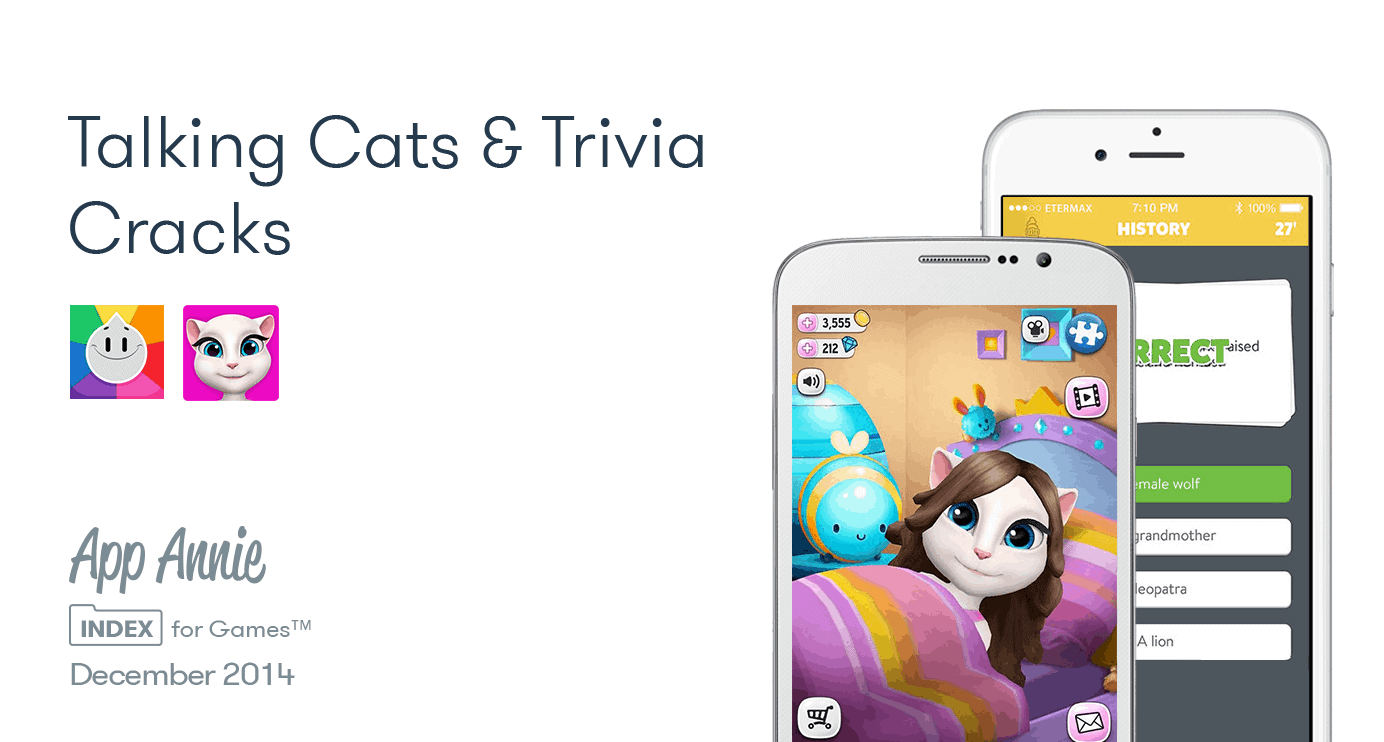 Every month, App Annie who is an industry leader in the analytical reports on top performers in the apps and games categories, gives us a little bit of insight as to what we spend most of our time on when we use our smartphones. The index report is telling of what types of apps we may use the most each month, which ones earned the most revenue, and what games we found the most captivating when we play them. The official App Annie Index report for top performing Games and Apps of December 2014 has been released today, and it may not surprise you that many people spent the month of December taking selfie videos on iOS, whereas Android users and Google Play saw a surge in traffic with Cheetah Mobile's Clean Master application as well as their Clean Master Security app.

Perhaps it's that Android users may have been obsessed with their phones running as smoothly as possible, hence the upward usage numbers for clearing their cache and boosting their RAM any chance they got. How much were Android users actually using the app? Cheetah Mobile reports that they recently hit the mark of 100 million monthly active users, that's no small feat. When it comes to games, Android users seemed to be most enthralled with Candy Crush Soda Saga as it sits comfortably in the number one spot, but from the creators of the Talking Tom app which features a talking cat that reacts to your touch responses, came My Talking Angela that rose through the ranks to take up the third spot on the App Annie's index chart, which is the focus here as it's a little more surprising than the fact that Candy Crush is once again a leader among other games.

On the app side, Android users again had a passion for keeping things secure which led to AVG's mobile Anti-Virus application climbing its way into the top 10 chart for revenue. AVG saw strong revenue growth from the free version of Antivirus Security that harbors in-app-purchases, but they also offered a steep 40% discount through the month of December on their full paid version that is normally $14.99, which attributed to their overall revenue growth and helped place them in the top 10, mostly from users in the U.S., Germany, and the U.K.

Another top performer in the games category was Crossy Road, the game with nostalgic "feels" that hearkens back to the smash Atari hit Frogger. It wasn't this idea that drove most of Crossy Road's growth however, it was the vast amount of playable characters which you could acquire in this endless arcade hopper, totaling some 55 characters, plus the addition of PewDiePie's featuring of the game which also landed him a role as a playable character in Crossy Road and thus ever expanding its popularity with people who follow the famous YouTube star. All of the data compiled here in this set of index charts for top performing apps, and top performing games is gathered using App Annie Intelligence, which is the leading market data solution for app store economy.