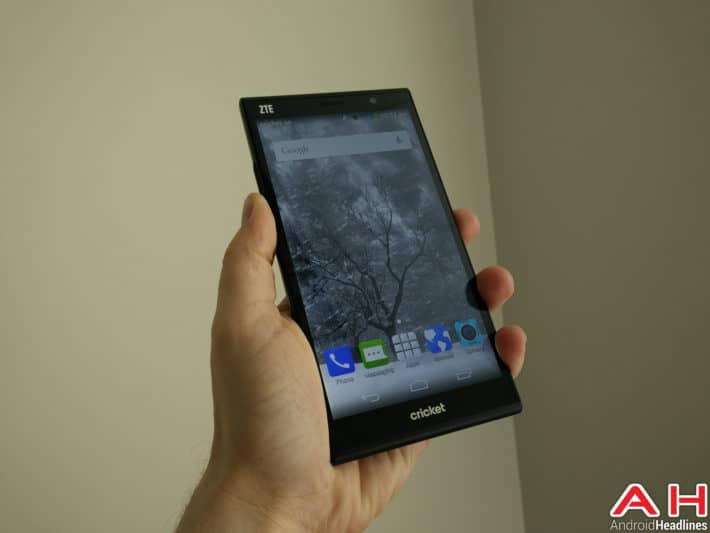 With all the different Android versions and skins out there, it's sometimes difficult to know exactly how to perform some tasks on your new phone.  If you're the proud owner of the rather excellent and brand-new ZTE Grand X Max+ for Cricket Wireless, then you might be wondering how to take a screenshot to show your friends that nice new wallpaper you've put on your device.  Thankfully we're here to help, and it couldn't be more simple.  ZTE stuck with the traditional Google method of taking a screenshot, which means holding the volume down and power buttons at the same time.  With the volume rocker and power buttons being on opposite sides of the phone it makes this task super easy, as you can hold it like I've shown above to take the screenshot with just a single hand.

The volume rocker and power buttons on the ZTE Grand X Max+ are nice and textured, making it super easy to find them with your fingers even though they're the same color as the body of the phone.  Once you take the screenshot go ahead and pull down the notification drawer from the top of the screen, revealing the notification saying your screenshot was captured.  From here you can either click on the share button at the bottom of the image to send it to your friends via your preferred communication method, or click the picture itself to open it in the gallery and edit it a bit before sending.

ZTE's latest outing on US prepaid carrier Cricket is the Grand X Max+, a super big phone with a 6-inch screen and a super affordable price tag.  For $200 out-the-door you get a Snapdragon 400 quad-core processor, a 720p screen, 13 megapixel camera on the back, LTE connectivity and plenty of other software bells and whistles too.  It's also shipped with Android 4.4.2 KitKat with ZTE's own unique skin for the phone, which features a mix of HTC Sense-like aesthetics at times and Holo themed areas in other parts of the phone.  There's also that killer camera software that gives you tons of options and manual adjustments too.