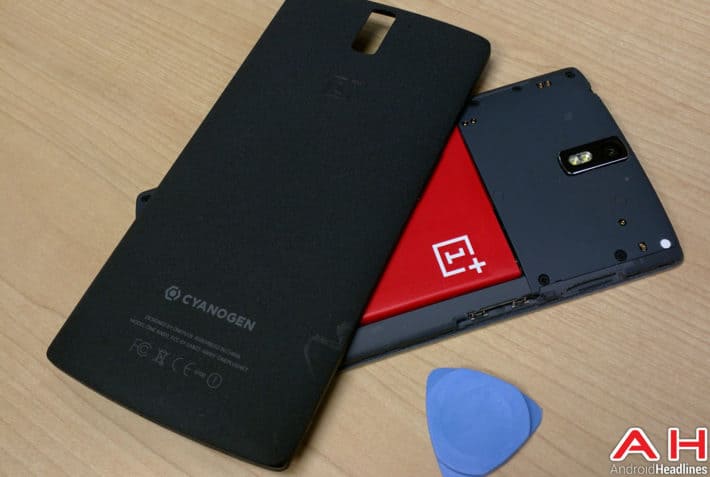 When the OnePlus One was announced one of the defining features of the phone was that the back was removable and could be swapped out with any number of back covers that were going to be made available. From the get go you could choose from Sandstone Black, a dark grey back with a rough sandpaper-like feel to it, or Silk White, a smooth white plastic back.  A few months into the OnePlus One's life cycle OnePlus made a bamboo back in limited quantities, and although there were only a few hundred that went out they went on to make a few thousand more in the latest batch.  We were able to review the bamboo back and have been thoroughly impressed with it, but if you're planning on getting any of the different styles you'll probably need a quick guide on how to remove the old one and replace it with the new one.

This is because, by the admission of OnePlus' own Carl Pei, the backs weren't designed in a very user friendly way, so it's not just a matter of snapping the old one off and putting the new one on.  It's not necessarily as hard as it sounds, but it requires a little finesse and a bit of patience, so just follow along and we'll have that new cover on the back of your OnePlus One in no time.  First off, inside the box of your new StyleSwap cover you're going to find the cover itself, of course, along with an instruction manual, SIM card trays and a blue removal tool that looks a lot like a guitar pick.  In addition to these, you're going to need the SIM tray removal tool (or a paperclip) and some headphones to remove the back.

First we're going to remove the SIM card tray.  Put the SIM tray removal tool or an unfolded paperclip in the hole next to the SIM card tray and push till the tray pops out.  Keep this aside for safe keeping later.  Next we're going to insert the 3.5mm jack of a pair of headphones into the headphone slot, but only about halfway in.  This next part will seem weird but trust me on this one.  Place the phone screen down on a flat surface, hold it with one hand and pull up on the headphone jack to loosen the back.  Make sure to be gentle here and you'll hear the click of the back releasing from the phone itself.  Go ahead and unplug your headphones now, you won't need them for the rest of the how-to. 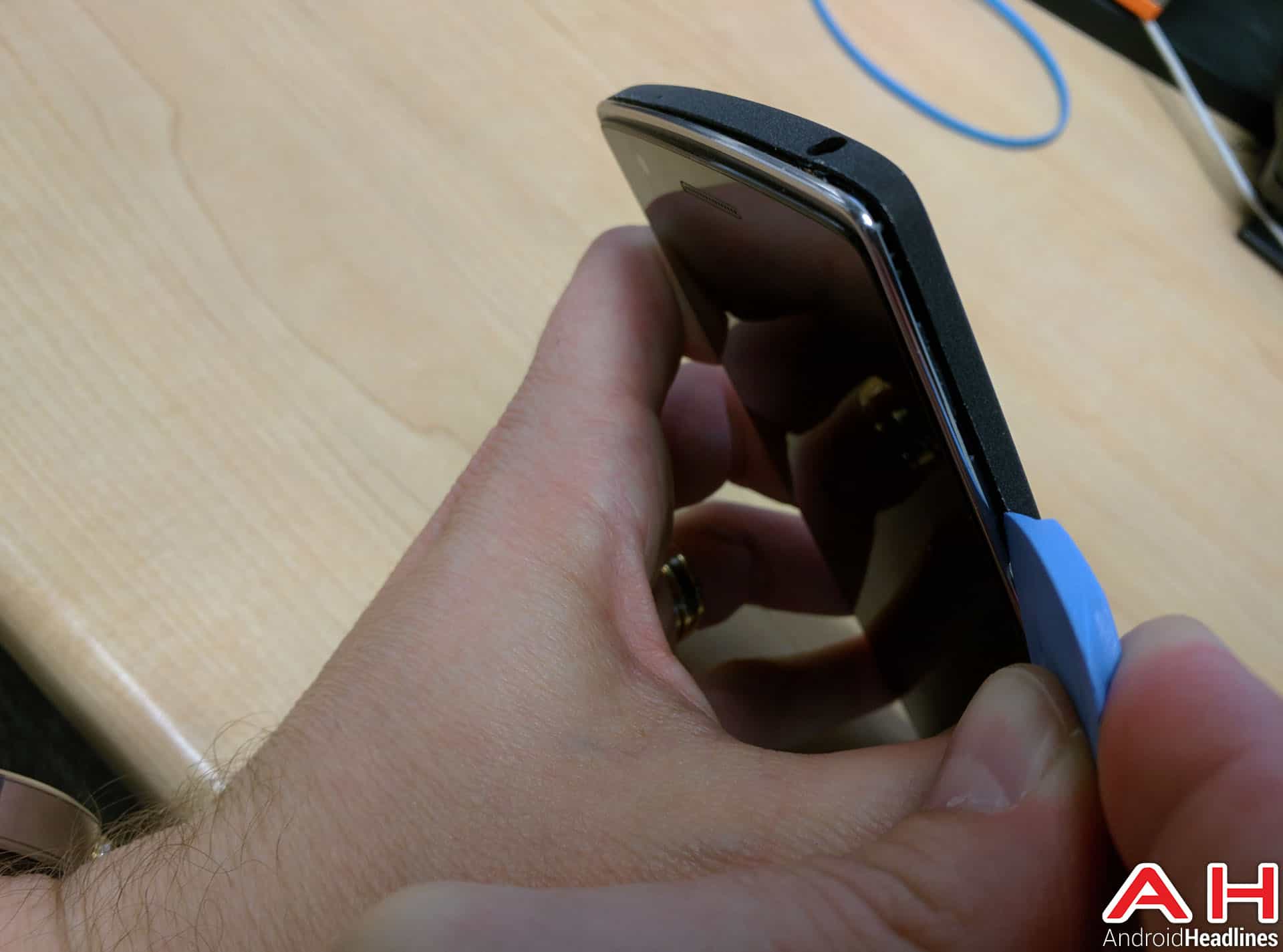 Next we're going to take the blue guitar pick looking tool and insert one of the smaller flat edges in the gap that's now been created around the headphone jack.  Pull up on the tool once inserted in the side, to release the clips and work your way around the phone counter-clockwise with the back of the phone facing you.  Once you've made it all the way back around to the headphone jack you should be able to lift the back off.

Putting the replacement back on the phone needs to be done in a certain way too.  Make sure to press the top left corner first, and then after that the bottom 1/3 of the back.  Follow the numbers in the diagram above in order or else you will likely end up with a clip that just doesn't fit in right.  Once everything has been clipped back in and looks flush with the sides, put the SIM card back in the tray and put the tray in.  If you've got a different color back than what originally shipped with your OnePlus One, don't forget to change out the right color tray to match the back! From here you should be good to go!