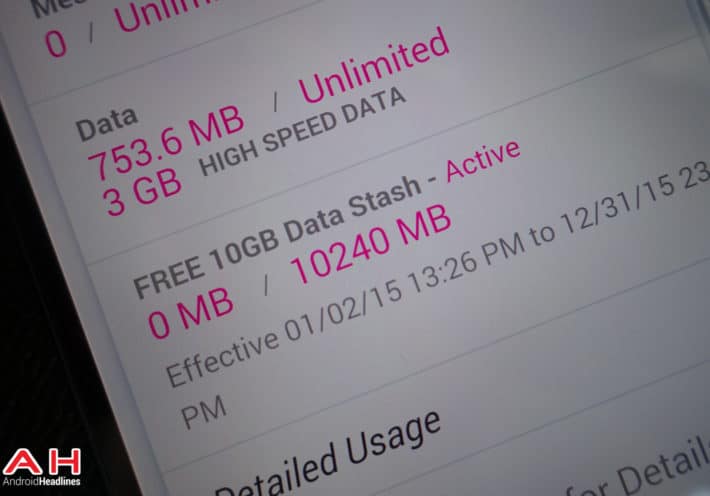 I'm sure everyone knows about the "unlimited data" that a lot of prepaid carriers offer. Where they say it's unlimited but they actually slow down or throttle your data after a certain amount. Something many of you may not know is that TracFone is still around. And they own and operate a couple of the major MVNO's, like Straight Talk and Net 10. This week, the FTC cracked down on TracFone and their MVNO's over their "unlimited data" offerings. Basically saying that Unlimited data with restrictions is not unlimited data. And I completely agree. But TracFone, Straight Talk and Net 10 are not the only ones doing this. T-Mobile (both prepaid and postpaid), Boost Mobile, Sprint, Sprint Prepaid, Virgin Mobile, Cricket, are just a few.

So why is this a big deal? Well when you advertise "unlimited data", you should be getting unlimited data. Now I'm fine with the fair use policies that a lot of carriers have. For instance, T-Mobile's truly unlimited data is limited at like 10 terabytes. You will likely never hit that. That's also a way to keep users from using their phone as their router. Since carriers are not ISP's. Which I also agree with. Because these carriers are not ISP's and should not be treated as one. Even though technically AT&T is an ISP, that is a different section of their company. While I do like T-Mobile's plans of 3GB of data and then slowed after that instead of getting charged overages. I would rather them market it as 3GB of data, and not unlimited data. And the same for these other carriers. I'm sure the FTC agrees there as well.

This ruling basically affects everyone but Verizon. Coincidence? Well I'm not going to read too much into it, but this does affect Sprint, T-Mobile and AT&T, so perhaps. But I do think this is a way for carriers to jump over to the data buckets and charge overages for going over that allotment of data, unfortunately. I'm sure I'm not the only one that hates overages, and I'd love for the carriers to bring back unlimited data. Although we know that's not going to happen, carriers want to milk us for every dime. Even though T-Mobile tries to be your best friend with their whole uncarrier approach, the are also doing the same thing. As they do need to turn a profit.

So what do all of you think? Is the FTC in the right here with their stance on "unlimited data"? I think they are a bit late to the party here though as Unlimited data is basically out the door. Let us know your thoughts in the comments down below.