Email is something that most of us probably use on a daily basis, and there are many different ways to access it. Some of us set aside time to check our email on our laptops or desktops, some of us check it throughout the day on our smartphones. For those of us in the latter group, there are a good number of apps to get this job done, however there are few and far between that are really great. Both the apps in this battle offer up some nice features, but people have their preferences and both email clients offer something a little bit different that the other does not. Which app is better suited for your preferences? Gmail or Inbox? We'll gloss over some of the features of each and let you decide in the G+ poll.

Gmail is the original Google email client for the Gmail service. It's been around since the beginning of Android and has had plenty of revisions over the years, but it's really come into its own with the last few major updates. Now with Android Lollipop it has a sleek design that looks extremely visually appealing compared to past versions, and it has tons of functionality that makes it the best it's ever been. All your emails come in through push notifications, and you can now read and respond to your emails online and even when you're offline.

Gmail offers an easy way to throw your old emails in the trash by simply swiping them away to delete, and you can even set it to swipe them into the archive if it's an email you need to keep. Gmail is built to be more intuitive than ever before, and it starts by giving you three main tabs for email categories in your inbox with Priamary, Social, and Promotions to organize things. With the latest version of Gmail, Gmail 5.0, you can also now add non-Google email accounts into the app so you can access all your email in one place using one inbox so you aren't having to move back and forth between multiple email apps. This includes the ability to add in work email accounts as well with Google having integrated the stock email app that supports exchange email accounts into Gmail. 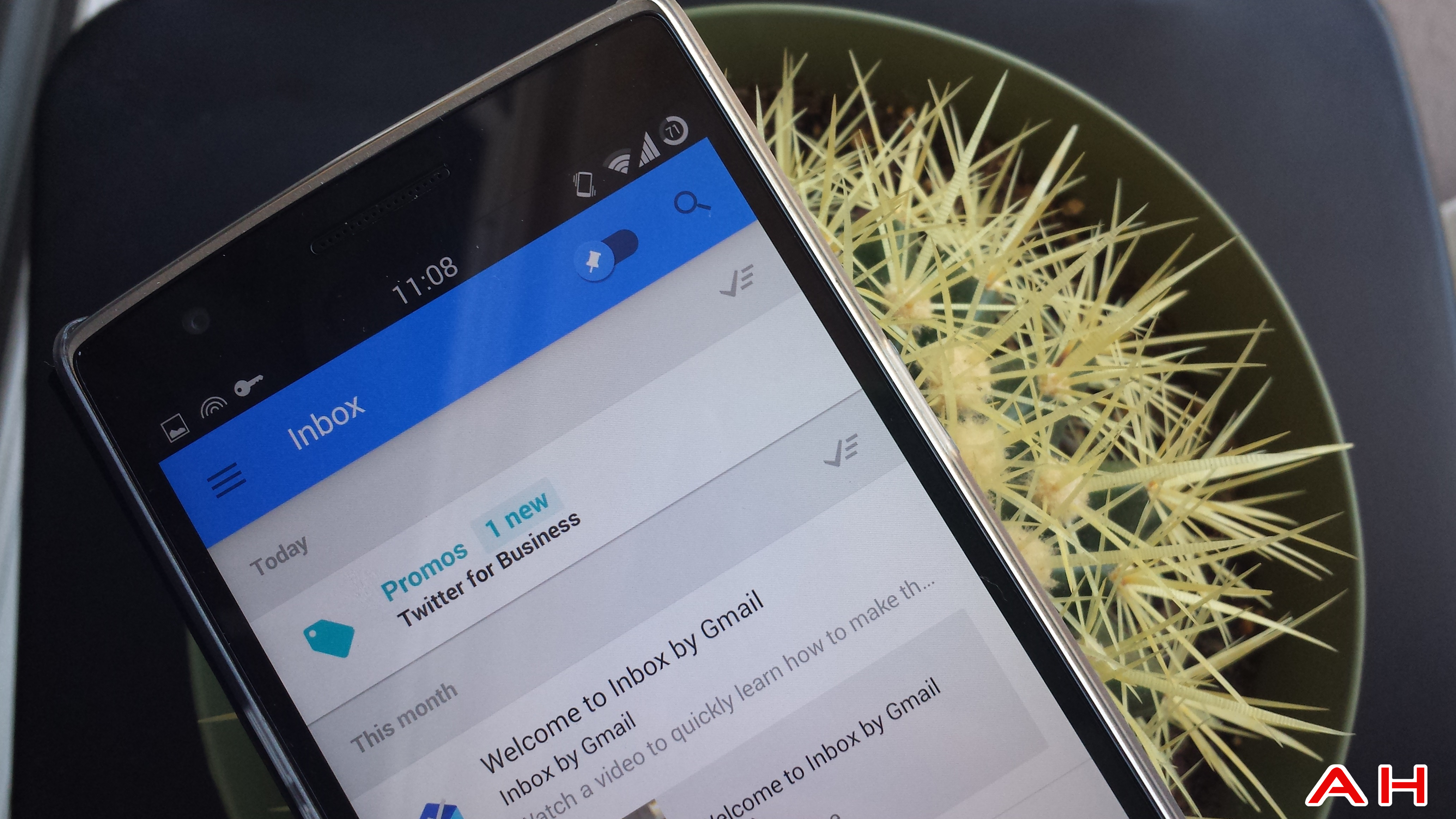 Inbox is Google's new type of email client that was launched in the later part of last year, attempting to make email more intuitive, efficient, and capable of helping you live and work better. Inbox aims to help you do those things by organizing your emails by priority of importance for you, feeding you the most important emails in your primary box so you don't miss the things that matter the most. Inbox also follows along the same design guidelines that Gmail does, so it's visually appealing with the Material Design style of Android 5.0 Lollipop. Inbox also bundles similar type emails together into one grouping, so you can more easily sift through certain email categories faster, and potentially skip the groups that don't have a high priority so you can check them later.

Another great thing about Inbox is that it lets you set reminders within the app(just like you would with a calendar or to-do list application)which are always fed to the top of the inbox so you never forget about them. This makes it easy to stay working through your emails and see the reminders you previously set to get things done, all without having to leave Inbox to use another app. Perhaps the best part about Inbox though is the Highlights group, which displays all the most important information that come through to your account. With highlights, you can see all the most important information in those emails without even having to open it, so you can see images, check the status of packages and more all up front, quick and easy. You can also snooze emails and reminders so you can come back to check on them later. This makes it easy to push emails and reminders out of the way for now, but without actually deleting them and Inbox makes sure to notify you with anything you snooze at a later point. Snooze settings are even set up to where you can be notified by location so you can receive emails and reminders you'd previously snoozed once you reach a certain destination. The one major issue with Inbox at the moment is that it is still invite only, so this limits the overall number of people that have access to it.

So which email suits you best? Both are built by Google, so they offer you a handful of similar features, but both also have a few unique features too. Inbox offers things like snoozing emails and the ability to add reminders for things right inside your email inbox, but it requires an invite. Gmail on the other hand allows you to add accounts that aren't Gmail, so you can keep you Gmail, Yahoo, and exchange accounts all under one roof and check them all from a single app.

Trusted By Millions
Independent, Expert Android News You Can Trust, Since 2010
Publishing More Android Than Anyone Else
33
Today
62
This Week
436
This Month
436
This Year
101930
All Time
Advertisement