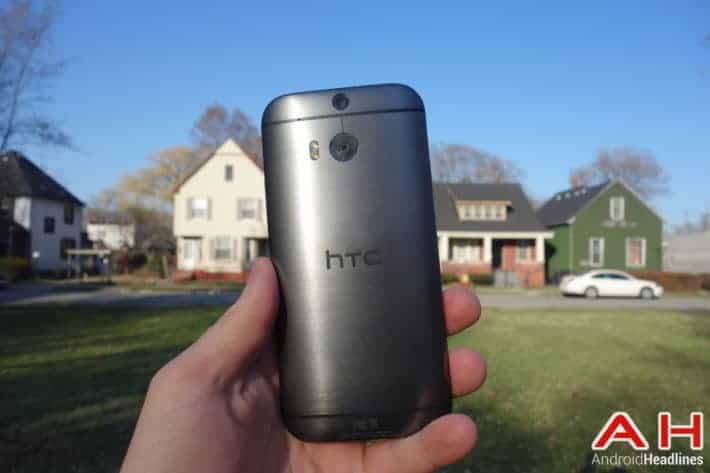 Android 5.0 Lollipop has been around for some time now, with it launching alongside the Nexus 6 and Nexus 9 last Fall, but as we all know it's not as easy as a release from Google for it to hit everyone's devices. As such, there's always a waiting game to be had where getting the latest version of Android on devices from the likes of HTC, Samsung and Sony are concerned. Thankfully though, HTC have been pretty speedy where Lollipop is concerned, and now the sweet new version of Android is rolling out across Europe, after hitting unlocked devices in the States.

Jeff Gordon, Senior Global Online Communications Manager at HTC and all-around good guy, has Tweeted this morning that HTC One (M8) owners in Europe should be getting a sweet treat starting today. We're assuming that Jeff's talking about unlocked devices here, as even though networks across the pond aren't anywhere near as restrictive they still like to stick their nose in every now and then. Thanks to LlabTooFer we know that the software version we're looking for is 4.16.401.10 (although we've seen 4.20.206.1 for devices on O2 in the UK) and it's a whopper of a download at 780MB (again, we've seen a size of 848MB for O2 users). Clearly, this is a sizable update and one that many of you will have been waiting for (I know our own David Steele has been not-so-patiently waiting for this).

The update will add a number of tweaks to the overall visual look and feel of Android, but Sense 6 will still feel much as it always has done. Your notifications tray will have changed slightly, and aside from that, you shouldn't notice a massive difference, but those apps updated with Material Design will now blend in a lot better. If you're interested in learning more about Android 5.0 Lollipop, then our review should have all the details for you, and you can find that right here. Let us know in the comments how your update is going, or even if you've even seen the update and in which regions. At 800MB or so this might be one to download over WiFi, but if you're lucky enough to have 4G and unlimited data, then go for it. 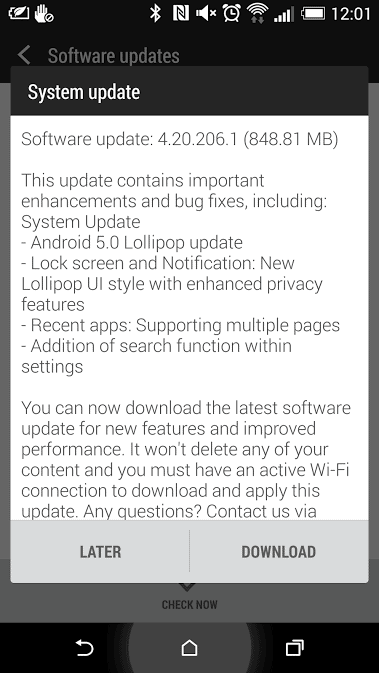