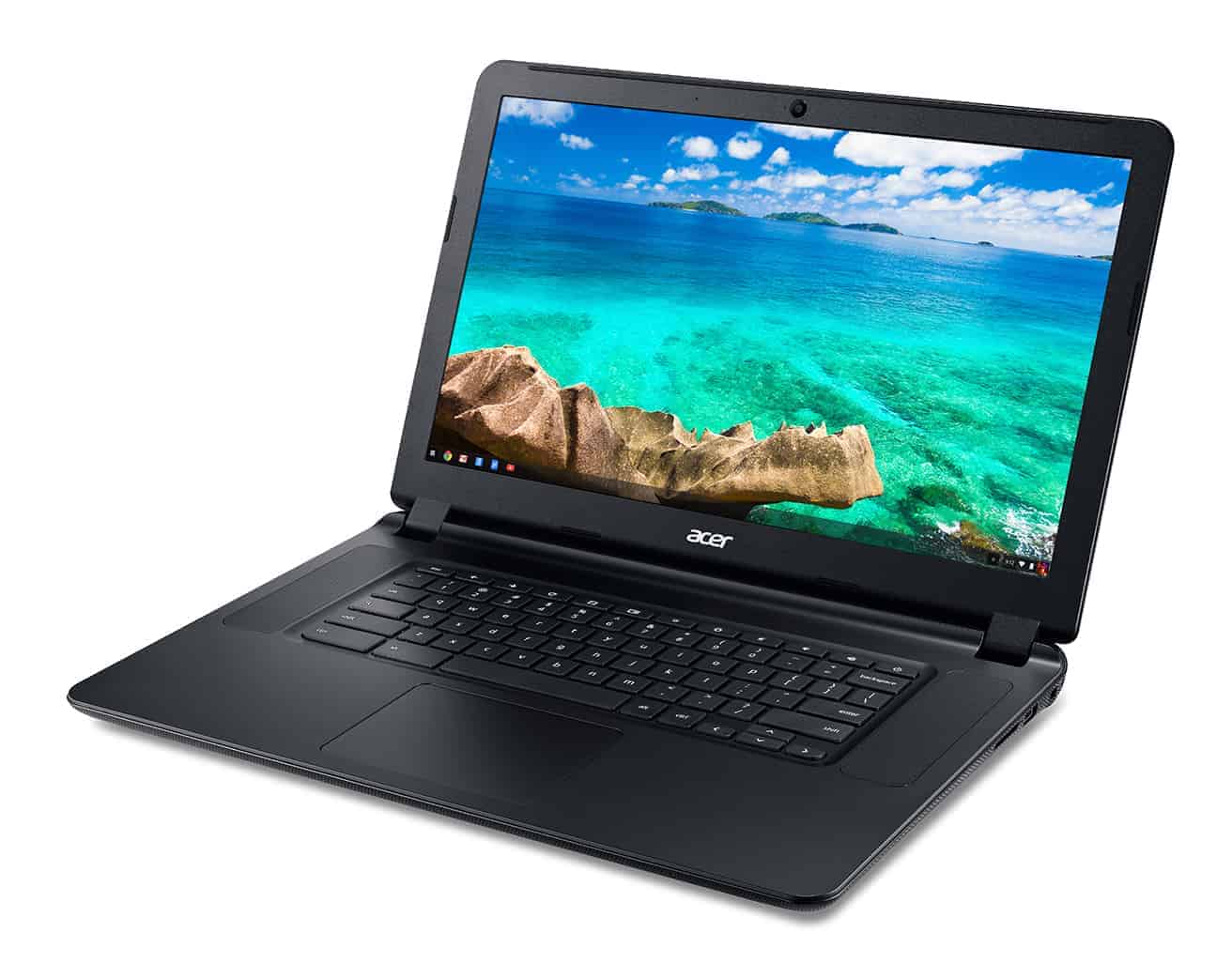 Acer is a name that's been around Chromebooks since the beginning and while their first couple of models were less than inspiring, since the C720 launched some time ago, Acer have been making excellent Chromebooks. While Chromebooks are great machines for the majority of users – I use my HP Chromebook 14 all day long – they've proven especially popular in the education sector. More than likely due to the fact that everything is stored online to prevent data loss, but also because they're incredibly simple. Now, Acer is introducing two new ruggedized options built for the classroom. Coming in either 15.6-inch or 11.6-inch flavors, the C910 and C740 are decent machines in their own right.

Starting with the larger Acer C910, the 15.6-inch version is available in either 1080p or 1366 x 768 options with either 16 or 32GB of storage and 4GB of RAM. The C910 is the larger of the two, but it weighs just 2.2kg and can withstand 60kg of force and drops up to 45cm high (read: most desks) and with a reinforced hinge system, the laptop shouldn't flex and twist as much as others when it's closed. This model starts at $299.99 and will be available from February.

The small Acer C740 should remind users of the C720, and is available as an 11.6-inch machine with 16GB of storage and either 2 or 4GB of RAM. Coming with the same new hinges to withstand flexing, this smaller model can take a beating of 60kg of force and the same resistance to drops at 45cm, this is a small yet strong package. This will be available at the same sort of time and start from $259.99. Acer has told us that as far as processors are concerned, both models will be available with a Broadwell Intel Celeron 3205U CPU as well as a Broadwell Core i3 later in the year. As far as battery life is concerned, the C910 is rated for up to 9 hours with the C740 8 hours of battery life. Both of these look like great options, I just wish I were able to get my hands on the 15.6-inch model outside of education.