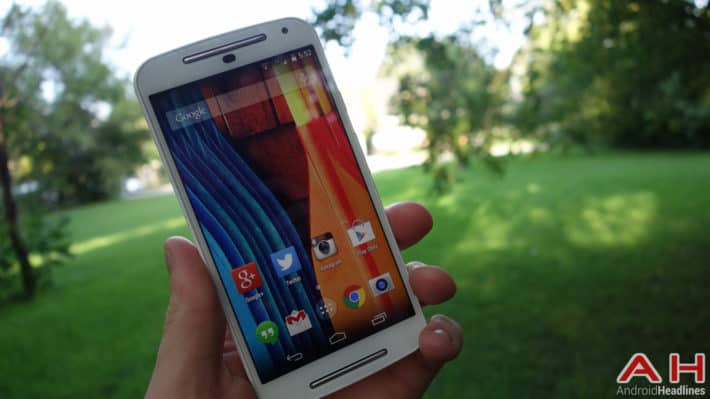 When Motorola released the Moto G (2014) last year, they did so without releasing a 4G LTE version of the device. While that was the strategy they took with the original Moto G, we were all thinking that they'd be able to release the latest version with a 4G version ready and waiting, after all they were already familiar with the Snapdragon 400 at the heart of the original. Sadly, we're still waiting for a 4G version of the device to hit the US and Europe, but those in Brazil might be getting first dibs on the LTE-powered latest Moto G. A listing for the 4G version of the device has gone live in the official Motorola store for Brazil and it appears this version is to be a little more expensive.

On Motorola's Brazilian store, the original Moto G (2014) is listed as 749 Real while the 4G version is listed as 899 Real. It's available to purchase as of writing, and there are no immediate signs that suggest the device isn't in stock. 899 Real works out at roughly $345 US which really isn't that cheap, but the again the 749 Real price for the non-4G works out at $288 US or so, where it retails in the United States at $179.99. Sadly, it seems that the Brazilian public still have to pay more than us here in the States. This 4G version is essentially the same phone as the original, save for a couple of changes. There's only a 16GB version available here and there's also a larger  2,390 mAh battery onboard, too.

It's interesting to see the Moto G (2014) surface with 4G as this is arguably the model that would be most successful here in the US and parts of Europe. Sadly though, there's no official movement on a 4G version outside of Brazil. Having said that, progress is progress and we could see a launch of the 4G model globally soon. Would you like to get your hands on a 4G version of the Moto G? If so, let us know in the comments and hopefully, Motorola is listening!